Saint Joseph is a key figure in Christianity and is known as the earthly father of Jesus Christ and the husband of the Virgin Mary, Jesus’s mother. However, the historical accounts of his existence have mostly been blurred and one of the four gospels has no mention of his life at all. He was mentioned in the gospels of Matthew, John, and Luke, and these are the only sources of information about Joseph’s life. He was said to be a descendent of King David and married Mary after she became pregnant with a child while still being a virgin. After he married Mary, he came to know about her pregnancy and planned to divorce her quietly. However, according to the gospels, an angel from heaven told him about her being the future mother of the son of God. Following this, he decided to reconsider his decision and live with Mary. To save his family from the wrath of King Herod, Joseph settled in Nazareth. The gospels do not mention his death. However, it has been assumed that he died in 1 AD, before Jesus’s crucifixion. In the Catholic and Protestant traditions, Joseph is regarded as a patron saint. 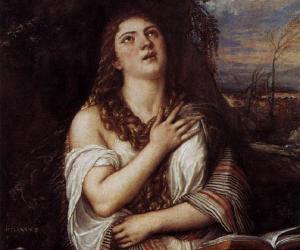 Saint George
DID WE MISS SOMEONE?
CLICK HERE AND TELL US
WE'LL MAKE SURE
THEY'RE HERE A.S.A.P
Quick Facts
Family:

Saint George
Origins in the Gospels
Saint Joseph’s mention is only found in three ‘Gospels’: the ‘Gospel of Matthew,’ the ‘Gospel of Luke,’ and the ‘Gospel of John.’ There is no mention of him in the ‘Gospel of Mark.’ The ‘Gospel of John’ mentions him only once in ‘John’ 6:42, where he is mentioned as Jesus’s father.
According to the ‘Gospel of Matthew,’ which traces Jesus’s ancestry back to King David, Joseph was born in 100 BC in the city of Bethlehem. Not much is mentioned about his life before his marriage to Mary, Jesus’s mother.
According to the gospels, Joseph married the Virgin Mary before he found out that she was pregnant. Upon finding out about her condition, he was scared for Mary’s life, as at that time, the punishment for a woman getting pregnant without getting married was death. Fearing for her life, he did not reveal anything about her pregnancy. However, he planned to divorce her in secret.
It has been written that an angel had come to him and told him not to divorce her because she was carrying the Holy Spirit, the son of God, inside her womb. Joseph believed this and dropped the intention of divorcing her.
It has also been written that the angels visited Joseph several times, and upon her recommendation, Joseph named the baby “Yeshua.” The baby was born healthy. Word about his birth spread rapidly. While Joseph and Mary previously lived in Nazareth, Jesus’s birthplace is mentioned as Bethlehem. The ‘Book of Luke,’ however, mentions that the move from Nazareth to Bethlehem was made by Joseph due to his belief that Bethlehem was the City of David, the origin of Joseph’s clan.
Jesus was born in a manger. Shepherds and the magi, a class of priests, came from faraway lands to celebrate the birth of the son of God. Following Jesus’s birth, the family moved back to Nazareth. As the news of the birth of the Messiah spread, King Herod became furious. The king deemed these rumors as a potential threat to his throne.
An angel appeared yet again and told Joseph to take his newborn and wife to Egypt, as King Herod was not too kind. The angel asked him to keep his family there until the death of King Herod. After Herod’s death, Joseph avoided the king’s son, who was as cruel as his father, and settled in Nazareth in Galilee. This is the last mention of Joseph in the ‘Gospel of Matthew.’
The ‘Gospel of Luke,’ however, narrates the story in a more detailed manner. There are minor differences in the accounts of the gospels. Another story mentioned in the ‘Book of Luke’ is related to a young Jesus at 12 years of age. According to the story, the family went to Jerusalem on their yearly pilgrimage. Once the feast was over, Mary and Joseph left the town without Jesus, thinking that he was in some other part of the caravan.
When they found out that he was not there, they went in search of him. He was then found in a temple. His parents found out that Jesus had already made a strong impression on the priests and the commoners there. Beyond that, none of the gospels mention Joseph.
Continue Reading Below
You May Like

The Sexiest Men Of 2020, Ranked
Other Sources
There have been many paintings, artefacts, and non-written tales that provide some details about Joseph’s life before and after Jesus’s birth. According to some nativity icons, the Devil had tempted Joseph to leave Mary when Joseph found out about her pregnancy. Had the Devil’s plans been successful, she would have been stoned to death and Jesus would never have existed in his physical form.
It has also been said that when Joseph found out about Mary’s pregnancy, he struck his face in agony and was visibly upset. It is also said that Joseph was accused of illicit sex with Mary and was exiled to a desert for some time.
In Catholic tradition, there has been mention of a young Jesus working with Joseph as a carpenter. Historians and archaeologists have also agreed that carpentry was a major profession at that time.
Several scholars see both Jesus and Joseph as carpenters, well-versed in woodwork, stonework, and metalwork. Jesus was taught by his father. By the time Joseph died, Jesus himself was a highly skilled carpenter.
Some Eastern accounts also state that Joseph was already married and widowed once before he married Mary. He was known to have had many children. However, almost all accounts mention that Mary remained a virgin throughout her life and never had any sexual relations with Joseph.
Sainthood & Death
Saint Joseph’s death finds no mention in any of the gospels or in any other credible source. However, it is believed that he died somewhere around 1 AD and several accounts also mention that he lived for 111 years.
The estimate about the year of his death is based on the fact that Joseph is not mentioned anywhere when Jesus’s crucifixion has been mentioned. So it has been assumed that he was already dead by that time.
Despite the fact that Joseph has always been regarded as a saint in Catholic and Orthodox traditions, Joseph was not really celebrated on his own account in the Western countries until the later half of the Middle Ages. In December 1870, Pope Pius IX proclaimed Joseph as the “Patron of the Universal Church.”
Joseph is regarded as the patron saint of workers, and several feast days are dedicated to him. He is also known as the patron of sickness and happy death.
March 19 is celebrated as Saint Joseph’s Day, and several feasts are organized on the holy day.
Honours
Many places have been named after Saint Joseph. San Jose in Costa Rica and San Jose in California are two of the most well-known places named after him. Many more places in France and the US have been named after him.
There are hundreds of churches around the world that are dedicated to Saint Joseph. In San Jose, California, there is a catholic church named ‘The Cathedral Basilica of St. Joseph.’
Many schools and hospitals, too, have been dedicated to Saint Joseph.
You May Like

See the events in life of Saint Joseph in Chronological Order