Roman Polanski is a celebrated film director, producer, and actor. He began his cinematic career making films in Poland before eventually making films in the United Kingdom, France, and the United States. He made his American debut with the classic horror ‘Rosemary’s Baby.’ He is regarded as a “truly international filmmaker” as he has made films in many countries. Born shortly before the ‘World War II,’ he endured a very difficult childhood. He barely survived the Holocaust in which his mother died. Subsequently, Polanski was separated from his father for some time. Even before he had turned 12, he had witnessed the horrors of war—he had been savagely beaten, tortured, and humiliated. As a young boy, he had taken a fascination for films, and watched movies in order to escape the harsh realities of life. He was reunited with his father after the war, and went to the ‘National Film School’ in Poland. His first feature film was the Polish movie ‘Knife in the Water’ which got international recognition, giving him an opportunity to work for a wider audience. He made films in several countries and ultimately made his American film debut with ‘Rosemary’s Baby.’ The brilliant director also made headlines for an infamous child sexual abuse case during the 1970s. Alexandre Trudeau
DID WE MISS SOMEONE?
CLICK HERE AND TELL US
WE'LL MAKE SURE
THEY'RE HERE A.S.A.P
Quick Facts

Polish People
Screenwriters
T V & Movie Producers
Polish Men
Polish Directors
Childhood & Early Life
Polanski was born Rajmund Roman Thierry Polanski on 18 August 1933, in France, to Bula and Ryszard Polanski. His father was a painter and manufacturer of sculptures. The family moved to his father’s native place, Poland, when Polanski was three years old.
The ‘World War II’ started and his family endured terrible sufferings during the Holocaust. The young boy was separated from his family; he would later learn that his mother perished in the Nazi camps.
He struggled to live and was helped by some kind people in surviving many harsh situations. He was reunited with his father in 1945.
He loved watching movies from a young age, and was fascinated with the idea of film-making. He attended the ‘National Film School’ in Lodz, Poland. 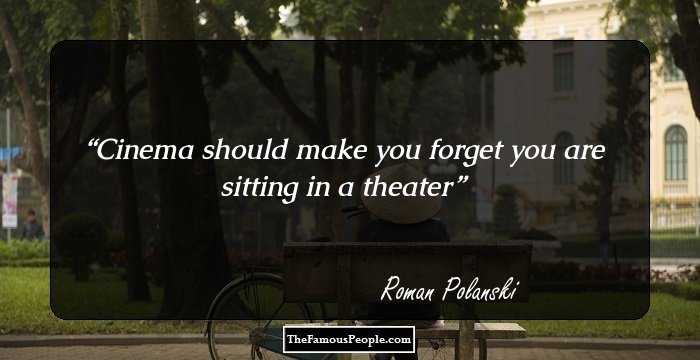 Quotes: You
Continue Reading Below
Career
He began his career as an actor, and appeared in several films directed by the celebrated Polish director, Andrzej Wajda. The movies that he appeared in include ‘Pokolenie’ (1954) and ‘Zaczarowany Rower’ (1955).
He made his directorial debut in 1955 with a short film titled ‘Rower,’ which was a semi-autobiographical film. Apart from directing, he also starred in the film.
While at the ‘National Film School,’ he made several short films of which ‘Two Men and a Wardrobe’ (1958) and ‘When Angels Fall (1959)’ received considerable recognition. He graduated in 1959.
He made his directorial debut for a feature length film in 1962. The film, titled ‘Knife in the Water,’ was shot using only three characters. The film was internationally recognized, and was nominated for an ‘Academy Award’ for ‘Best Foreign Language Film.’
In 1965, he made ‘Repulsion,’ a British psychological horror starring Catherine Deneuve, Ian Hendry, and John Fraser. The story is about a young woman who starts reliving traumas of her past when left alone in her home.
His directorial debut in America was with the critically acclaimed psychological horror ‘Rosemary’s Baby’ in 1968. The film was based on a best-selling novel of the same name by Ira Levin.
One of his most famous films, ‘Chinatown,’ released in 1974. It starred Jack Nicholson and Faye Dunaway, and was based on a series of disputes over the southern California water.
In 1979, his romance film ‘Tess’ was out. It narrated the story of a strong-willed peasant girl who learns about her connections to an aristocratic family. The film won three ‘Academy Awards.’
He made a romantic thriller, ‘Bitter Moon,’ in 1992. The film had Hugh Grant, Kristin Scott Thomas, and Peter Coyote in important roles. It was a Franco-British-American movie with different titles in different countries.
Continue Reading Below
‘The Pianist’ (2002) is one of his significant movies. Based on the World War II memoir of the same name by Wladyslaw Szpilman, the film was a critical and commercial success.
In 2010, he directed a political thriller titled ‘The Ghost Writer,’ which was adapted from the novel ‘The Ghost’ by Robert Harris. It revolves around the story of a ghost writer, hired to write about a former prime minister.
In 2013, he directed his first non-English movie in 40 years. Titled ‘Venus in Fur,’ the movie, which was a French drama, starred actors like Emmanuelle Seigner and Mathieu Amalric. It was based on a play of the same name by playwright David Ives. The film won Polanski the ‘Best Director’ award at the ‘Annual Cesar Awards.’ It also competed for the ‘Palme d’Or’ at the ‘Cannes Film Festival.’
His 2017 release ‘Based on a True Story,’ an adaptation of a French novel, was premiered at the 2017 ‘Cannes Film Festival.’ In 2019, he directed a film titled ‘An Officer and a Spy,’ which won the ‘Grand Jury Prize’ at the ‘Venice Film Festival.’ 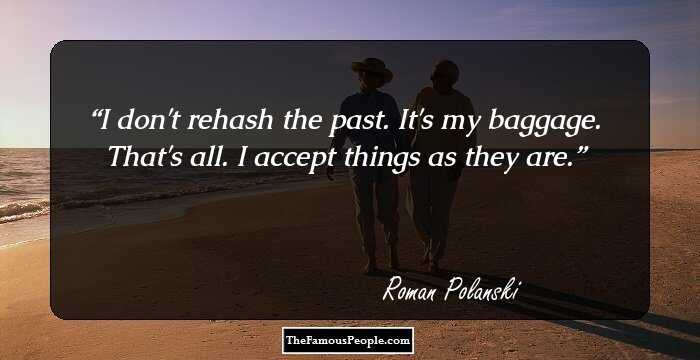 Quotes: Past
Major Works
The neo-noir film ‘Chinatown’ was a highly acclaimed movie. It is part mystery and part psychological drama, featuring a multi-layered story. The film was nominated for 11 ‘Academy Awards.’
One of his best known films is ‘The Pianist.’ It was a biographical drama, based on the life of the popular pianist, Wladyslaw Szpilman. The movie was praised by the critics, and won several prestigious awards, including three ‘Academy Awards.’
Awards & Achievements
He won the ‘Academy Award’ for ‘Best Director’ for ‘The Pianist’ in 2002.
He is the recipient of several ‘Cesar Awards,’ including the ‘César Award’ for ‘Best Director’ for ‘Tess’ (1979). He also won the award for ‘The Pianist’ (2002), ‘The Ghostwriter’ (2011), and ‘Venus in Fur’ (2014). 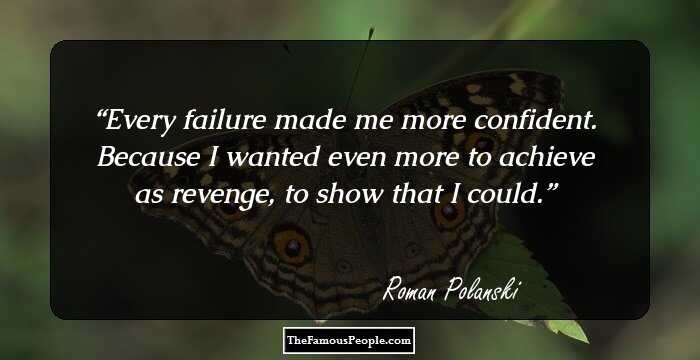 Personal Life & Legacy
He had a brief marriage with actress Barbara Lass from 1959 to 1961.
His second marriage was with actress Sharon Tate whom he married in 1968. She was pregnant with their first child when she was brutally murdered by the ‘Manson’ family members. This tragedy would haunt Polanski forever.
He married French actress Emmanuelle Seigner in 1989. The couple has two children.
Polanski has had a very controversial life. In 1977, he was arrested for the rape of a 13-year-old girl, and was indicted on six counts of criminal behavior.
He was removed from the ‘Academy of Motion Picture Arts and Sciences’ in 2018, following his reference with the case.

Quotes By Roman Polanski | Quote Of The Day | Top 100 Quotes

See the events in life of Roman Polanski in Chronological Order 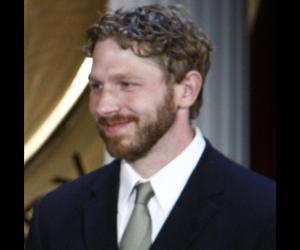 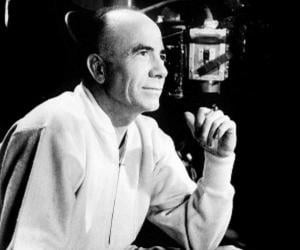