Elvis Polanski is a French actor and musician. He is one of the two children of French-Polish filmmaker Roman Polanski and French actress Emmanuelle Seigner. A native Parisian, he made his acting debut in the 2005 cinematic adaptation of Charles Dickens’ ‘Oliver Twist’. Two years later, he appeared in Julian Schnabel’s drama film ‘The Diving Bell and the Butterfly’, which was adapted from Jean-Dominique Bauby's 1997 memoir of the same name. In 2012, Elvis shared screen space with the likes of Jodie Foster, Kate Winslet, and Christoph Waltz in his father’s black comedy-drama film ‘Carnage’. Elvis is also interested in pursuing a career in music. As of 2018, he had been a university student.

French People
French Men
Aries Actors
French Actors
Actors Who Are In Their 20s
Career
In 2005, Elvis had his debut as an actor in his father’s film ‘Oliver Twist’. Charles Dickens’ classic novel has been adapted for both cinematic and television productions numerous times over the years. In Polanski’s version, the main character was portrayed by Barney Clark, with Ben Kingsley as Fagin, Jamie Foreman as Bill Sikes, Leanne Rowe as Nancy, Edward Hardwicke as Mr. Brownlow, and Harry Eden as The Artful Dodger (Jack Dawkins). Elvis played a boy with a hoop.
Julian Schnabel’s 2007 directorial venture, ‘The Diving Bell and the Butterfly’ (original title: ‘Le scaphandre et le papillon’) revolves around the real-life tale of Elle editor Jean-Dominique Bauby, who was diagnosed with locked-in syndrome after suffering a massive stroke. This is the first time he worked with his mother, who portrayed Céline Desmoulins opposite Mathieu Amalric's Bauby. Elvis was cast as a younger version of Bauby.
He essayed the role of Zachary Cowan, the son of Alan (Christoph Waltz) and Nancy Cowan (Kate Winslet), in Polanski’s 2011 film ‘Carnage’.
As of 2018, Elvis had been studying at a university. Like his namesake, Elvis has musical aspirations.
You May Like

French Film & Theater Personalities
Aries Men
Continue Reading Below
Family & Personal Life
Elvis was born on April 12, 1998, in Paris, France to Roman Polanski and Emmanuelle Seigner. He has an older sister named Morgane. His father, also a native Parisian, was the son of Polish-Jewish immigrants, Bula (née Katz-Przedborska) and Ryszard Polański. After the family moved back to Poland in 1936, the Invasion of Poland by Nazi Germany and the USSR took place. Both of his parents, Elvis’ paternal grandparents, were captured in raids. Bula was transferred to Auschwitz, where she was killed not long after arrival. Ryszard survived the Holocaust and was reunited with his son after the war. The horror that Polanski experienced while he survived on his own in Nazi-occupied Poland, is reflected in the tangible and dreadful atmosphere he creates on film. He made his directorial debut with the short film ‘Zaczarowany rower’ in 1955. In 1962, his first feature film, the thriller drama ‘Knife in the Water’, was released. It garnered him his first Oscar nod, having been nominated for Best Foreign Language Film. In 1974, his neo-noir mystery film ‘Chinatown’ was released. Starring Jack Nicholson, Faye Dunaway, and John Hillerman, the movie was nominated for 11 Academy Awards, winning one. Polanski’s 1979 tragedy film ‘Tess’ earned six nominations and won three. He won the Academy Award for the Best Director for his 2002 historical film ‘The Pianist’.
Elvis’ mother, Emmanuelle Seigner, was also born in Paris. After a successful tenure as a model, she began her acting career in the 1984 film ‘Year of the Jellyfish’. In 1985, she worked with the renowned filmmaker Jean-Luc Godard in ‘Détective’. Her first film with her future husband was the 1988 mystery thriller ‘Frantic’, which also stars Harrison Ford. In the ensuing years, Polanski and Seigner have worked together in four more films: ‘Bitter Moon’ (1992), ‘The Ninth Gate’ (1999), ‘Venus in Fur’ (2013), and ‘Based on a True Story’ (2017). After the success of ‘Frantic’, she was offered several Hollywood projects but she declined, as she felt neither her English nor her acting was good enough. Instead, she chose to almost exclusively work in the French film industry. For her portrayal of Vanda Jourdain in ‘Venus in Fur’, Seigner won the International Cinephile Society Award for Best Actress.
Neither of Elvis’ parents is mindful of the 33-year age difference between them. They exchanged wedding vows on August 30, 1989. Morgane was born on January 20, 1993. She is also an actress and has appeared in several of her father’s films, including ‘The Pianist’, ‘Oliver Twist’ and ‘The Ghost Writer’. She currently portrays Princess Gisla in the History Channel series ‘Vikings’ (2015-present).
The names of Elvis’ maternal grandparents are Aline Ponelle and Jean-Louis Seigner. He has two maternal aunts: Mathilde and Marie-Amélie.
Recommended Lists:
Film & Theater Personalities #26804
You May Like 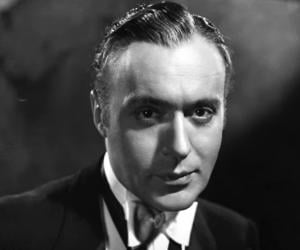