One of the most acclaimed figures in the genre of heavy metal, Rob Zombie was the frontman of the Grammy Award nominated band, ‘White Zombie’, which he co-founded. This heavy metal superstar is known for his trademark thick mane, dreadlocks and self-designed tattoos. After the band, ‘White Zombie’ released a few albums and extended plays, it eventually dissolved and he began to pursue a solo career. Zombie has come out with a total of five studio albums, five compilation albums and a live album. At the height of his music career, he decided to venture into films and subsequently directed and co-wrote over six full length films. Some of his directorial efforts include, ‘House of 1000 Corpses’, ‘The Devil’s Rejects’, ‘Halloween’, ‘Halloween II’ and ‘The Haunted World of El Superbeasto’ He has also acted in a series of films. Some of his chart-topping albums include, ‘Hellbilly Deluxe’, ‘Educated Horses’ and the Grammy Award nominated song, ‘The Lords of Salem’. His love for horror films and suspense elements reflects both in his music and his films. Some of musical creations are also believed to be quotes from classic horror films. 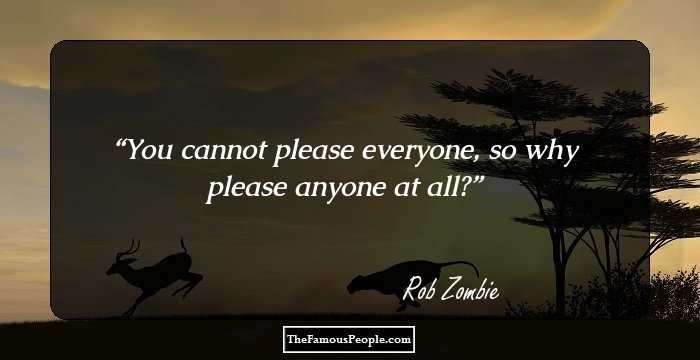 Famous Beautiful Women With Green Eyes
Career
In 1985, he co-founded the American heavy metal rock band, ‘White Zombie’. They initially came out with extended plays, which did not receive any commercial success.
In November 1987, he was part of the production and composing team of the ‘White Zombie’ debut album titled, ‘Soul-Crusher’. This limited edition album was popular with musicians like, Kurt Cobain, Iggy Pop and Thurston Moore.
In 1989, ‘White Zombie’ came out with their second studio album titled, ‘Make Them Die Slowly’, which failed commercially. That year the group also released the extended play, ‘God of Thunder’.
On March 17, 1992, the band ‘White Zombie’ came out with their third album titled, ‘La Sexorcisto: Devil Music Volume One’. The album was critically acclaimed and also received commercial success.
In 1993, he co-wrote the single, ‘Thunder Kiss ‘65’ of the band, ‘White Zombie’, which gained exposure on the popular MTV show, ‘Beavis and Butt-Head’. This helped the song become a commercial success.
In 1994, he performed ‘Feed the Gods’, a song which he also wrote. The following year, the band ‘White Zombie’ came out with their fourth studio album, ‘Astro-Creep: 2000’, featuring the single, ‘More Human than Human’.
In 1994, he was seen as himself in the American comedy film, ‘Airheads’, which was directed by Michael Lehmann. The film earned negative reviews by film critics.
In 1996, ‘White Zombie’ came out with one of their first remix albums titled, ‘Super Sexy Swingin’ Sounds’. After two years, the band dissolved. Meanwhile, he started working on his solo venture in 1997. The same year, he was a part of one episode of the American animated talk show, ‘Space Ghost: Coast to Coast’. This show was broadcast on Cartoon Network.
On August 25, 1998, he came out with his solo album titled, ‘Hellbilly Deluxe: 13 Tales Of Cadaverous Cavorting Inside The Spookshow International’. The album was a commercial success.
Continue Reading Below
In 2001, he released his second solo studio album titled, ‘The Sinister Urge’, which was a success. Songs from the albums were used in many films and TV series.
In 2003, he played the voice role of ‘Dr. Curt Connors’ in the American animated series titled, ‘Spider-Man: The New Animated Series’. The same year, he played a voice role in ‘Justice League Unlimited’.
Released on April 11, 2003, he directed and wrote the American horror film, ‘House of 1000 Corpses’.His subsequent directorial efforts include, ‘The Devil’s Rejects’, ‘Halloween’, ‘Halloween II’and ‘The Haunted World of El Superbeasto’.
On March 28, 2006, he came out with his third album, ‘Educated Horses’, which was immensely successful on the music charts. The album featured the Grammy Award nominated song, ‘The Lords of Salem’.
In 2007, his first live album titled, ‘Zombie Live’, which was recorded during the ‘Educated Horses’ tour was released. The album was well received by music critics.
On February 2, 2010, he came out with his fourth album, ‘Hellbilly Deluxe 2: Noble Jackals, Penny Dreadfuls and the Systematic Dehumanization of Cool’. The same year, he directed season 8, episode 16 of the TV series, ‘CSI: Miami’.
In 2012, he directed, ‘Tom Papa - Live in New York City’. The same year he came out with the remix album titled, ‘Mondo Sex Head’. The following year, he directed, produced and wrote the movie, ‘The Lords of Salem’.
In April 2013, he came out with his fifth studio album titled, ‘Venomous Rat Regeneration Vendor’. The album featured the tracks, ‘Teenage Nosferatu Pussy’ and ‘Dead City Radio and the New Gods of Supertown’. 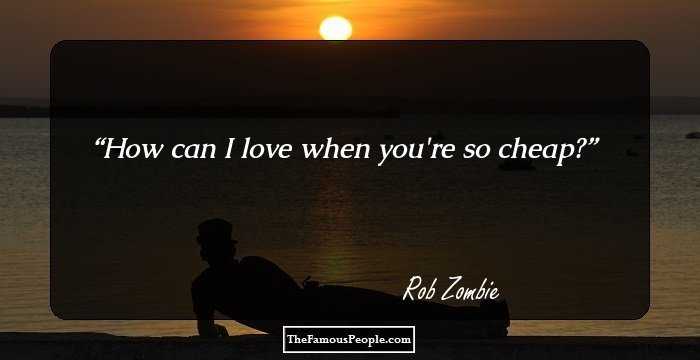 Quotes: Love, I
Major Works
His album, ‘Educated Horses’ peaked at the number one position on the Billboard’s Top Rock Albums chart. Within the first week of its release, the album also sold 120,000 copies.
‘Hellbilly Deluxe’ is one of his bestselling albums that sold 121,000 copies within the first week of its release. The album peaked at the number 5 position on the Billboard 200.
Personal Life & Legacy
He met his girlfriend, Sean Yseult, while he was studying at the Parsons School of Design. They later moved into an apartment together. Their relationship came to an end after seven years.
He was romantically involved with Sheri Moon, American actress and fashion designer. They got married on October 31, 2002.
He is a vegetarian and a PETA activist.
Trivia
This American musician and film director owns a pair of boots that he has worn for over twenty years of his life.

See the events in life of Rob Zombie in Chronological Order