Advanced Search
Richard Sandrak, better known as Little Hercules, is a martial artist, bodybuilder and actor. He was one of the most famous kids all over the world because of his muscular physique at a very young age. He is also known for his appearance in the documentary titled, ‘The World’s Strongest Boy’. Richard has also appeared as a guest in many bodybuilding shows, such as Mr. Olympia, Night of Champions, Mr. USA, The Emerald Cup, and one of the biggest bodybuilding events, The Arnold Classic, among many others. Worldwide, Richard has inspired children and adults alike. Benny Urquidez
15th April In History
DID WE MISS SOMEONE?
CLICK HERE AND TELL US
WE'LL MAKE SURE
THEY'RE HERE A.S.A.P
Quick Facts

American People
American Men
Male Sportspersons
American Bodybuilders
American Sportspersons
Fame at a Young Age
Richard was born on April 15, 1992 in a small village in Ukraine. His father, Pavel Sandrak, was a world champion in martial arts and his mother, Lena Sandrak, was an aerobics competitor. Thanks to his parents’ professions, physical fitness was very much a part of his early childhood.
In 1994, Richard moved with his family to Pennsylvania and began his training. His father introduced him to various techniques in light weight training. The family eventually moved to California with an intention of breaking into show business. While in California the family met a trainer named Frank Giardina. They bumped into him while touring one of Giardina’s gyms, and hired him to help in shaping their son’s bodybuilding career.
With his impeccable talent, he made headlines at the age of six by bench pressing one hundred and eighty pounds. By the age of eight, he was bench pressing two hundred and ten pounds. Dedicating all his time and focus towards training, he started shaping his career in his childhood. Occasionally, he worked for his former educator, Sonia Roman.
Recommended Lists:

American Martial Artists
Aries Men
Continue Reading Below
Tough Childhood
Richard started traveling across the United States for photo shoots, posing for several magazines. He also worked towards promoting nutritious food and other food products, and also started competing in bodybuilding competitions. Since he was always in the gym, he never had a normal childhood. His father pushed Richard too hard and had him on a very strict diet.
As a child, he could barely enjoy any of the activities other than training for martial arts and bodybuilding. Though the training was difficult, he used to enjoy working hard. Following a strict diet, he used to feed on lettuce most of the time. His father had him sleep on the floor to perfect his posture, and encouraged him to train long hours, but Richard had no disregard for bodybuilding.
Quitting Bodybuilding
When Richard was eleven, Pavel was sentenced to prison for being abusive towards his wife. After realizing that Pavel was a criminal, Richard’s coach, Giardina quit. A few years later, Richard severed his contact with his father and decided to stay with his mother. He then quit bodybuilding but continued to train 5 times a week, with each session comprising of ninety minutes of heavy workout.
Film & Media Appearances
Richard has appeared on numerous radio and television shows, including ‘The Howard Stern Show’ in which he posed and displayed his bodybuilding skills. In 2009, he debuted in Hollywood with the flick, ‘Little Hercules’. He also starred in the picture, ‘Legends of Nethiah’ in 2012 and in the short film, ‘Assassin Priest’.
A year after separating from his dad, Richard was profiled in a documentary on his life, titled ‘The World’s Strongest Boy’. He has also made appearances in episodes of series, such as ‘Hogan Knows Best’ and ‘Inside Edition’. Richard now works as a stuntman at Universal Studios, Hollywood.
Future Projects
At present, Richard is busy co-authoring a cookbook and is busy shooting a training video for children. Richard has apparently given up on his bodybuilding lifestyle and wants to be a quantum scientist for NASA.
Marco Garcia, the producer of ‘Little Hercules 3D’, is also the producer of Richard’s new project, titled ‘Fancy Moves’, which will be quite similar to the film, ‘The Karate Kid’ but with some hip-hop dance moves. It's for his part in this film that Richard has returned to training.
Continue Reading Below
Fading Fame
Though Richard was treated like a celebrity when he was young, the fame faded away for the supposed Little Hercules as he stepped into his late teens. He no longer hogs the limelight and is looking for ways to lead a simple and normal life.
Personal Life
Richard prefers to keep his personal life undercover. He has not yet revealed any of his past relationships. Also, it is hard to know if he is dating anyone at present. With the help of his manager, Marco Garcia, he now leads a normal life, indulging in activities, such as spending time with his friends and eating his favorite pizzas. 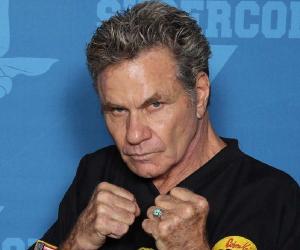