Pete Davidson is an American comedian and actor. He is best recognized as one of the main cast members on the comedy show ‘Saturday Night Live’. He has also appeared in a number of other TV shows and movies. As a comedian, he has performed stand-up comedy on Jimmy Kimmel Live, Adam Devine's House Party and Comedy Underground with Dave Attell. The American actor is a huge fan of Hillary Clinton and supported her during her presidential campaigns. He calls Clinton his “hero” and has even got a tattoo of her on his leg. Davidson, who has millions of fans from all around the world, is one of the finest young comedians in the American entertainment industry today. He is highly praised for basing his comedy on his personal life experiences and employing aspects from his own life in his routines. While performing, he often refers to issues such as relationships, marijuana, college life, and so on. Ansel Elgort
DID WE MISS SOMEONE?
CLICK HERE AND TELL US
WE'LL MAKE SURE
THEY'RE HERE A.S.A.P
Quick Facts

American People
American Men
New Yorkers Actors
Tall Celebrities
Tall Male Celebrities
Career
Pete Davidson's earliest onscreen appearance was in an episode of MTV’s series ‘Failosophy’ which premiered in February 2013. That year, he also made appearances in the short film ‘TubbyMan’ and the series ‘Guy Code’, ‘Brooklyn Nine-Nine’ and ‘Adam DeVine's House Party’. Davidson began appearing in the show ‘Nick Cannon Presents: Wild 'N Out’ the same year. He subsequently made standup appearances in Comedy Underground with Dave Attell and Jimmy Kimmel Live.
In 2014, he joined the cast of ‘Saturday Night Live’ as one of the main cast members of the show. That year, the actor also did the musical film ‘School Dance.’ He next got featured in the romantic comedy titled ‘Trainwreck’ in 2015. The same year, he was a roaster in the show ‘Comedy Central Roast of Justin Bieber’. Soon after this, he appeared in ‘Comedy Central Roast of Rob Lowe’. In 2016, Davidson recorded his first ever stand-up special ‘Pete Davidson: SMD’. That year, he also showed his comedy skills in ‘The Goddamn Comedy Jam’.
Recommended Lists:

Scorpio Actors
American Actors
Actors Who Are In Their 20s
American Stand-up Comedians
Continue Reading Below
Personal Life
Pete Davidson was born on November 16, 1993 in Staten Island, New York, USA, to Amy and Scott Davidson. He has a younger sister named Casey. His father was a firefighter who died in service during the September 11 attacks. Davidson has got a tattoo depicting the number ‘8418’—his father's badge number—on his left arm. The loss of his father affected the young boy very deeply.
He studied at St. Joseph's School and later attended Tottenville High School. Following high school, Davidson enrolled at St. Francis College in Brooklyn. However, he dropped out of the college after studying there briefly.
At the age of 17 or 18, he was diagnosed with Crohn's disease for which he has been receiving intravenous treatment. The actor also uses medical marijuana as a pain reliever for the disease. He suffers from borderline personality disorder as well, for which he has been undergoing treatment.
Talking about his love life, Davidson dated actress Carly Aquilino from 2014 to 2015. After separating from her, he started a relationship with Cazzie David and has been with her since 2016.
Recommended Lists: 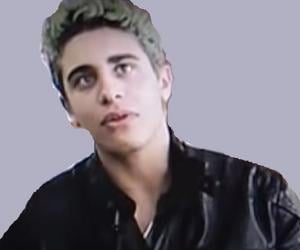