Jack Quaid is an American actor best known for his role as Marvel in the science fiction film series 'The Hunger Games'. He is the child of renowned Hollywood celebrities, Meg Ryan and Dennis Quaid. In 2015, he acted alongside his mother Meg Ryan and Tom Hanks in 'Ithaca', which was Meg Ryan’s debut film as a director. His 2016 short film 'It’s Been Like a Year' won the 'Bruce Corwin Award' for 'Live Action Short Film' at the 'Santa Barbara Film Festival'. The same year, he appeared as one of the main casts in the HBO period drama series 'Vinyl', co-created by Martin Scorsese. In 2017, he appeared in the Steven Soderbergh film, 'Logan Lucky', as part of an ensemble cast that included Channing Tatum, Daniel Craig, Adam Driver and Katie Holmes. That year, he also acted in the comedy horror film, 'Tragedy Girls', and appeared on the TV show, 'Workaholics'. A founding member of the YouTube channel 'Sasquatch Sketch Comedy', he writes sketches for it and performs in them as well. Many of his sketches have been featured on online channels such as 'Funny Or Die' and 'Cracked'. He is slated to appear in the upcoming action adventure film 'Rampage'. 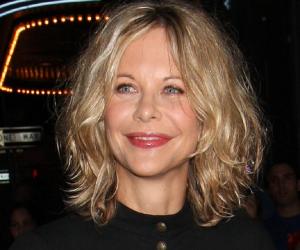 American People
California Actors
Aries Actors
American Actors
Actors Who Are In Their 30s
The Meteoric Rise to Stardom
Born to celebrity parents, Jack Quaid grew up watching his parents' movies, and those of his relatives. He often accompanied his parents on the sets of their movies, learning the craft from a very early age. According to his mother, he had already done about 10,000 hours of writing and direction by the time he was ten. He also made short movies at home with friends and family.
His first feature film role came in 2012 when he was cast as Marvel in the film 'The Hunger Games', based on the novel of the same name by Suzanne Collins. Portraying a negative role, he was told during the casting that people would hate him for his onscreen portrayal of the character.
In 2013, he reprised the role in a cameo appearance in the sequel of the film, 'The Hunger Games: Catching Fire'. The same year, he teamed up with Eve Hewson, daughter of Irish rocker Bono, for the film 'Roadies' (released in 2015), which he funded via the crowdsourcing website Indiegogo.com. Two years later, he worked with his mother in her directorial debut, 'Ithaca', in which he played her onscreen son. He has already worked with directors like Martin Scorsese and Steven Soderbergh, and appeared alongside stars such as Tom Hanks, Daniel Craig, Channing Tatum, Jennifer Lawrence, Katie Holmes, and many more.
You May Like

American Film & Theater Personalities
Aries Men
Continue Reading Below
Controversies & Scandals
In March 2016, in an interview with Theo Von and Matthew Cole Weiss for their 'Allegedly' podcast, Jack Quaid opened up about his parents' separation in 2000, when he was only eight years old. According to him, it was a hard time for him as he was old enough to understand what was going on, but at the same time was naive about it. He could not escape learning about the details of the split of his parents, as he would often come across magazines like 'People' and 'In Touch' in the stores, full of detailed coverage of the affair. At that time, his mother Meg Ryan was involved in a high-profile affair with renowned Hollywood actor Russell Crowe, which, many thought, was the reason behind her separation from her husband. However, she later told in an interview with 'InStyle' that her marriage was already broken at the time because her husband was not faithful to her, and that Crowe had nothing to doing with their split. Jack also remembers that even without the split and the rumors surrounding it, his life was not like that of a normal child. While he thought of himself as quite like the other kids at school, he soon realized that being born to celebrity parents was a big deal. His classmates were not only interested to know about his time on the sets of his parents' films, some kids at school also wanted to be his friend for the wrong reasons.
Personal Life
Jack Henry Quaid was born on April 24, 1992 in Los Angeles, California. He is the son of actress Meg Ryan and actor Dennis Quaid. He is the nephew of Academy Award-nominated actor Randy Quaid and his younger half-brother, actor Buddy Quaid. His grandfather, William R. (Buddy) Quaid, was also an actor. His parents separated in 2000, and finalized their divorce the following year. However, he remained close to both of them even after the split, and they were granted joint custody of him.He was a student at the Experimental Theatre Wing of New York University, Tisch School of the Arts, for three years. While studying there, he was also a member of the sketch comedy group Hammerkatz.