A pioneer of many ground-breaking concepts in medical science, Richard Lower is regarded as one of the finest physicians Oxford has ever witnessed. Lower studied medicine at Christ Church College, Oxford, under Thomas Wills and started practising medicine even before he received his degree. Wills, who was impressed by Lower’s genius, made him his assistant. Under Wills, Richard Lower introduced some of the most brilliant concepts, most of which are great revelations in the history of medicine. His works on transfusion and functioning of cardiopulmonary system was nothing short of wonder in the 17th century, thanks to his fruitful years at Oxford and the Royal Society. He is also credited with some more significant works in medical science such as ‘Tractatus de Corde’ and ‘Cerebri anatome’. Lower lost his position at the court in the later years due to his protestant and anti-popish sentiments, but his theories and his contributions are written in golden letters in the annals of medical history. Explore the biography below to learn more about the childhood, career and life of Richard Lower.

Lyman Hall
Physicians #882
Continue Reading Below
DID WE MISS SOMEONE?
CLICK HERE AND TELL US
WE'LL MAKE SURE
THEY'RE HERE A.S.A.P
Quick Facts

British People
British Physicians
Childhood & Education
Richard Lower was born in 1631 in St. Tudy in Cornwall, to Margery Billing and Humphry. He completed his education from Westminster school and Christ Church, Oxford. In Westminster, he got acquainted with John Locke and in Oxford he met Robert Boyle and Thomas Wills, who founded Royal Society in later years. John Locke and Robert Boyle became his companions in research. Under Thomas Wills, he started his medical career and research. He completed his B.A in 1653 and M.A in 1655.
Career
At Oxford, Richard Lower worked under Thomas Wills. Lower collaborated with him to conduct research on the nervous system. In the meantime, he also did some research on the functioning of the heart and studied the circulation of blood when it passes through the lungs. Here, he came up with some ground-breaking concepts and showed that it is possible to transfuse blood from one animal to another or from an animal to a human being; he successfully performed his first transfusion in 1665 at Oxford where he transfused blood from one animal’s artery to the vein of another animal. After receiving the medical degree in 1665, he relocated to London in 1666, where Thomas Wills had already relocated.
Years In The Royal Society
Initially, he settled himself in Hatton Garden in London, but kept on changing the places. The Royal Society of London on hearing the results of the transfusion was keen to do an experiment and invited Lower to join the society. By the middle of 1667, Richard Lower joined the Royal society. In London he worked closely with the Royal Society and got involved in the scientific activities there. Though, he refused to take up the post of curator in the society, he joined a committee which audited the accounts of the society.
In 1667, he collaborated with Sir Edmund King who was a student of Wills. They succeeded in transfusing blood from a sheep to a mentally-challenged man. Lower always believed that infusing fresh blood or removing old blood will be beneficial for the mankind. However, no one was ready for such a process, but an eccentric scholar named Arthur Coga finally agreed. The process was done in the Royal Society in 1667. Though initially it gained some popularity in Italy and France, but the theological and the medical debates led to the prohibition of transfusion in France. In the meantime, Richard Lower wrote, ‘De Catarrhis’ which is regarded as one of his major works. In his book he disproved the theory that nasal secretions are an overspill from the brain. He also wrote ‘Tractatus de Corde’ in 1669 and presented it to the Royal Society; the work was related to the functioning of heart and lungs. In 1671, he was made a Fellow of Royal College of Physicians in 1675. In 1675, Thomas Wills passed away and Lower busied himself in private medical practise; as a result he did not get much time to conduct experiments.
At Royal Society he worked on cardiopulmonary function and transfusion. Lower resigned from the Royal Society in 1678. However, the short span of active years in Royal Society helped him in establishing a reputation as one of the best seventeenth century physiologists.
Later Years And Death
Lower took care of Charles II while he was ill. After his death, James II ascended to the throne and Lower lost his court appointment, mainly due to his protestant and anti-popish sentiments, which was associated with Whig party to which Charles II belonged. Lower spent the rest of his years in Cornwall until his death on 17 January, 1691 due to severe fever. In his will, he gave away all his money and properties to St. Bartholomew's Hospital in London and to the Irish and French protestant refugees.
Legacy
Richard Lower was the first physician who conducted transfusion between animals and animals and also between animals and human beings. He will always be remembered for his pioneering works on transfusion.
Works
You May Like

Richard Lower was born in St. Tudy in Cornwall.

He completed his M.A.

Lower, along with Sir Edmund King transfused blood from a sheep to a mentally-challenged man.

Lower was appointed as a Fellow in the Royal College of Physicians.

Resigned formally from the Royal Society.

Died in Cornwall, England on the 17th of January. 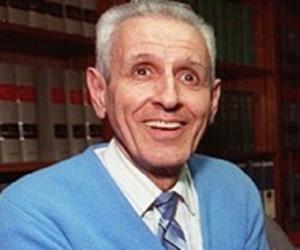