Mary Edwards Walker was an American feminist, an alleged spy, women’s right activist, an abolitionist and a prisoner of war. She is the only woman recipient of the ‘Medal of Honor’, the highest recognition for bravery in the ‘United States Armed Forces’. In an era when womanhood was associated mainly with being a wife and a mother, she married wearing a man’s coat and trouser; retained her name and later got divorced. She often questioned orthodox medical practices including widespread practice of amputation. At a time when sectarian physicians and women were regarded incompetent for ‘Union Army Examining Board’, she volunteered and served as a surgeon during the American Civil War. Mary Walker was mistaken as a spy and captured by Confederate forces and sent to Richmond, Virginia, as a prisoner of war when she tried to attend injured civilians by crossing enemy lines. She was later freed in exchange of a prisoner. At the end of the war she worked actively as an advocate and defendant of the women’s suffrage movement through her writings and lectures. She supported refinement of dress for women and also sported men’s clothes during lectures on rights of women. American Celebrities
Women's Rights Activists
American Women
Women Surgeons
Women Activists
Childhood & Early Life
Mary Walker was born on 26th November, 1832 in Oswega, New York, to Alva Walker and Vesta Whitcomb Walker as their fifth daughter among seven children. She was born.
She received her primary education in Fulton, New York, at the Falley Seminary. As a child she worked at the family farm and wore men’s clothes during work as she felt women’s dresses were very restraining for work. She taught as a school teacher to pave her way out to pursue a degree in medicine.
In 1855 as the only female student in class, she graduated as ‘Doctor of Medicine’ from Syracuse Medical College.
Continue Reading Below
You May Like

The Best Black Actresses Of All Time
Career
After completing her graduation in medicine she relocated to Columbus in Ohio to start private practice but returned to Oswega in a short while. Soon after she married Albert Miller, her fellow physician and both shifted to Rome, New York, to start joint practice. The joint practice was not successful as during that era female physicians were not honoured or considered trustworthy.
In 1860, Mary Walker attended ‘Bowen Collegiate Institute’ in Hopkinton, Iowa, for a short time. The institute was later called the ‘Lenox College’. She became a part of debating society of the school, which till then comprised of only male members and was later suspended from school when she did not agree to resign from the society.
In 1861, she volunteered to serve the ‘Union Army’ during the American Civil War, at a time when women were regarded incompetent for ‘Union Army Examining Board’. In the beginning she was permitted to serve as a nurse only and worked in Manassas at the ‘First battle of Bull Run’ and in Washington, D.C. at the ‘Patent Office Hospital’.
She worked as an unpaid surgeon at the ‘Battle of Fredericksburg’ and ‘Chattanooga’ where she worked in close proximity of the Union front lines.
In-between war she completed second medical diploma from ‘New York Hygeio-Therapeutic College’. She also worked at Warrenton and Fredericksburg war zones in tent hospitals.
She wanted to work as a spy and expressed her interest in a letter to the War Department in September 1862 which was not approved.
The ‘Army of the Cumberland’ recruited her in September 1863 as ‘Contract Acting Assistant Surgeon (civilian)’. She also served at the ‘52nd Ohio Infantry’ as an assistant surgeon. She was the first woman to become surgeon in the U.S. Army.
Mary Walker often crossed enemy lines to attend injured civilians. During one such pursuit, on 10th April, 1864, she was captured and imprisoned by Confederate forces and sent to Richmond, Virginia, as a prisoner of war. On 12th August she was freed from Castle Thunder in exchange of a Confederate surgeon hailing from Tennessee.
Her service continued in the ‘Battle of Atlanta’ in September 1864. In Kentucky she worked in a female prison at Louisville as supervisor. In Tennessee she was head of an orphanage.
Continue Reading Below
While in prison, Mary Walker became disabled with partial muscular atrophy and in June 1865 she retired from government service. On June 13, 1865, she was awarded a monthly disability pension of $8.50. In 1899 the monthly pension was appraised to $20.
At the end of war she worked actively as an advocate of women’s suffrage movement. In 1866 she became the president of ‘National Dress Reform Association’. She faced several arrests for her choice of wearing men’s clothing that she believed to be the right of a person to choose a dress she/he thinks suitable.
As a member of Washington’s central woman’s suffrage Bureau, endow a chair for a woman professor at Howard University medical school by collecting funds.
Some of her writings include ‘Hit’ and ‘Unmasked, or the Science of Immortality’.
On June 10, 1982 a postage stamp was issued in her honor marking the anniversary of her birth.
Major Works
After the war she advocated causes including women’s rights, health care, women’s suffrage movement and women’s dress reform through her writings and lectures. She remained a crusader of the suffrage movement till her death.
In 1920, one year after her death the ‘Nineteenth Amendment to the United States Constitution’ was passed that guaranteed right to vote for women.
Awards & Achievements
In 1865, she was conferred with the ‘Medal of Honor for Meritorious Service’ by the President Andrew Johnson for her contribution during war. Till date she is the only female recipient of this honour. The honour was revoked in 1917 although she did not surrender it and wore it throughout. It was later posthumously restored in 1977 by President Jimmy Carter.
Personal Life & Legacy
Mary Walker married Albert Miller, a fellow physician, in 1855 but divorced him after thirteen years.
On 21st February, 1919, she died a natural death at her home at Oswego, New York. She was at 87 at the time of her death. She was buried in Oswego, New York, at the Rural Cemetery.
Recommended Lists:
Activists #418
You May Like 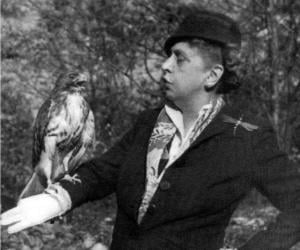