Walter Rudolf Hess, a Swiss physiologist, made one of the most significant discoveries of human body by adjudging the role played by the different parts of the brain in determining and coordinating functions of the internal organs. Trained as a surgeon and later an ophthalmologist by profession, all was going well in Walter Rudolf Hess’s career when he suddenly took the big plunge and decided to pursue his love - physiology. In 1912, Hess gave up on his prosperous career as an ophthalmologist and instead went back to the University of Zurich to take up the position of an assistant to Professor Gaule in physiology. In 1930, Hess started mapping the parts of the diencephalon that controlled the internal organs. He realized that on mapping certain regions of the brain, specific physiological responses were seen. From excitement to apathy, hunger to defecation, one could elicit any kind of internal organ response. This research helped him bag the coveted Nobel Prize in Medicine in 1949. Other than his scientific career, Hess served as the professor and Director of the Department of Physiological Institute at the University of Zurich. He was instrumental in establishing the International Foundation for the High Alpine Research Station Jungfraujoch in 1930 and served as its director until 1937. 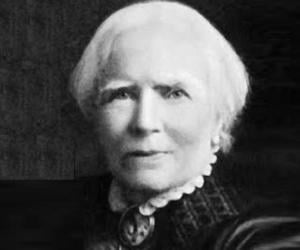 Swiss Celebrities
Swiss Physicians
Pisces Men
Childhood & Early Life
Walter Rudolf Hess was born on March 17, 1881, in Frauenfeld, Switzerland to Clemens Hess and Gertrud Hess. He was second of the three children born to the couple. His father was a teacher in physics.
Young Hess acquired the acumen of his father, who in turn allowed the little boy to handle apparatus and equipment at the physics laboratory. As a child, Hess was self-reliant. He was blessed with observational skills that helped him to closely observe the surroundings.
Hess completed his formal education from Gymnasium in 1900. It was on pursuance of his father that Hess took up a scientific career. He visited a number of universities in Lausanne, Berne, Berlin and Kiel before completing his medical degree from the University of Zurich in 1906.
Continue Reading Below
You May Like

Famous Beautiful Women With Green Eyes
Career
Though Walter Rudolf Hess always wanted to become a physiologist, certain factors prohibited him to plunge on to physiology immediately following his studies. As such, he trained himself as a surgeon under Conrad Brunner. During his assistance to Bruner, Hess published his dissertation titled ‘Zum Thema Viskosität des Blutes und Herzarbeit’. He also developed the viscosimeter, an instrument for measuring blood viscosity.
In 1907, he returned to the University of Zurich to train himself as an ophthalmologist under Otto Haab. Upon completing his training, Hess started practicing as an ophthalmologist. It was while being an ophthalmologist that Hess developed a sense of precision and fastidiousness that eventually helped him in his career as a physiologist.
In 1912, Hess made the big move – he let go off his lucrative career as an ophthalmologist to pursue his first love, physiology. He researched under Justus Gaule and in the following year became a Privatdozent. Hess was interested in regulation of blood flow and respiration.
During First World War, Hess remained at the Physiological Institute of the University of Bonn, under the guidance of Max Verworn. In 1916, when Gaule retired, Hess took up as an interim director of the Department of the Physiological Institute at the University of Zurich.
In 1917, Hess was promoted to position of a full-time professor and Director of the Physiological Institute at the University of Zurich. He served in this position until his retirement 1951.
Post World War I, Hess travelled to the English subcontinent and met numerous English greats of physiology such as Langley, Sherrington, Starling, Hopkins, Dale and others.
Hess directed his career in physiology towards haemodynamics and the regulation of respiration. He became interested in the study of the autonomic nervous system – nerves that originated at the base of the brain and extended up till the spinal cord. These nerves control the automatic functions of the body such as digestion, excretion and so on.
In his research, Hess used the brain stimulation technique that was developed in the 1920s. Using fine electrodes, he stimulated or destroyed the brain at well-defined anatomical regions. This technique allowed him to map the regions of the brain according to their physiological responses.
Hess experimentation claimed that stimulating the hypothalamus of the brain helped in inducing behaviour from excitement to apathy, depending on the region of stimulation. Like, when stimulating the anterior part of the hypothalamus, low blood pressure, slow respiration and responses such as hunger, thirst, micturition (urination) and defecation were common. However, while stimulating the posterior part of the hypothalamus, extreme excitement and defense-like behaviour were seen.
Continue Reading Below
Hess mapped the control centres for each function to such an extent that he could induce the physical behaviour pattern of a cat confronted by a dog, simply by stimulating the proper points on the animal’s hypothalamus without the dog actually being in presence. This mapping of the part of the diencephalon that controlled the internal organ won him a Nobel Prize in Physiology or Medicine in 1949.
Apart from his academic career and research work, Hess founded the meteorological research foundation, International Foundation for the High Alpine Research Station Jungfraujoch in 1930 and served as its Director until 1937.
Post retirement in 1951, Hess did not give up on his scientific career completely. Instead, he continued working at the university in an office.
Major Works
Hess discovered the role played by certain parts of the brain in elucidating and coordinating functions of the internal organs. Further research helped him determine that the interbrain acted as a coordinator of the activities done by the internal organs such as digesting, urinating, excreting, and so on. For this, he received the Nobel Prize in Physiology or Medicine in 1949.
Awards & Achievements
Hess was presented with the Marcel Benoist Prize in 1932.
In 1949, Hess received the most prestigious global award, the Nobel Prize in Physiology or Medicine. The award was conferred upon him for his discovery of the functional organization of the interbrain as a coordinator of the activities of the internal organs.
In his lifetime, Hess was bestowed with honorary doctorate degrees from various universities across the globe including Bern, Geneva, McGill University and University of Freiburg.
Personal Life & Legacy
Walter Rudolf Hess married Louise Sandmeier. The couple was blessed with two children - daughter Gertrud Hess in 1910 and son Rudolf Max Hess in 1913.
He died of heart failure on August 12, 1973, at the age of 92, in Locarno, Switzerland.
You May Like 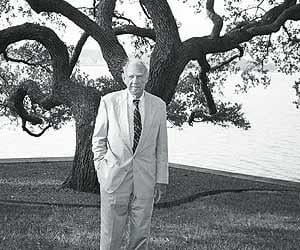 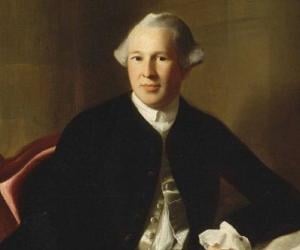