Nauheed Cyrusi
DID WE MISS SOMEONE?
CLICK HERE AND TELL US
WE'LL MAKE SURE
THEY'RE HERE A.S.A.P
Quick Facts

Japanese Models
Austrian Models
Austrian Fashion
Aquarius Actresses
Career
Reina made her acting debut with the ‘TBS’ show ‘Kuro no Onna Kyoshi’ in 2012. The Japanese show was about a chemistry teacher determined to solve issues bothering her students, such as illicit sexual relations, bullying, and drugs. The show starred Eikura Nana and Uchida Sumire in lead roles.
The same year, she also appeared in ‘Sugarless,’ a Japanese manga series turned into a live-action TV series. ‘Sugarless,’ starring Alan Shirahama, Noboyuki Suzuki, and Keita Machida, ran from October to December that year.
In 2013, she appeared in the Japanese TV series ‘Biblia Koshodō no Jiken Techō,’ or ‘Biblia Used Bookstore Casebook,’ which aired on ‘Fuji TV.’ The show ran for 11 episodes, from January to March that year. The show was based on a novel series by En Mikami. Ayame Goriki played the lead character, ‘Shinokawa Shioriko,’ a young woman managing a used bookshop and finding herself amid the mysteries concerning the books she sells.
The same year, she appeared in four other TV shows: ‘Cheap Flight,’ ‘Bad Boys J,’ Yamada-kun and the Seven Witches,’ and ‘Danda Rin ~ Roudō Kijun Kantokukan.’
She also appeared in ‘Bad Boys J: The Movie’ in 2013. The movie was adapted from the manga series of the same name.
In 2014, she starred in the TV drama ‘Lost Days’ on ‘Fuji TV.’ The series was about a group of university students with secrets, feelings of jealousy, and hidden love. The show ran for 10 episodes and starred Seto Koji, Ishibashi Anna, Yoshizawa Ryo, along with Reina.
She also appeared in ‘Gomen ne Seishun!’ in 2014. Also known as ‘Saving My Stupid Youth,’ the Japanese TV drama ran for 10 episodes on ‘TBS,’ with Ryo Nishikido in the lead role.
She also appeared in the film ‘Ju-on: Owari no hajimari,’ or ‘The Beginning of the End.’ The movie was the seventh instalment of ‘Ju-on’ horror series. It narrated the tale of a school teacher visiting a student’s home and discovering about the horrific events that had taken place there, years ago.
In 2015, she appeared in ‘Fuben na Benriya,’ a comedy show that aired on ‘TV Tokyo’ from April to June that year. Her next show, ‘Aru Hi, Ahiru Bus,’ starred her and Fujiwara Norika in the lead. Reina played ‘Sawada Kiko’ in the series.
Continue Reading Below
She was part of the ‘TBS’ show ‘37.5°C no Namida.’ The show narrated the story of a nursery teacher, who was shown getting her contract terminated due to her inability to communicate well with the children’s parents, joining a home-care service for sick children, and finding ways to make their lives better.
Reina also appeared in ‘Itsuka Tiffany de Choushoku wo,’ or ‘A Girl’s Breakfast.’ The TV drama ran for two seasons.
She also starred in the film ‘Tag,’ or ‘Real Oginokko,’ in 2015. The suspense–horror–action film, based on the novel ‘Riaru Onigokko’ by Yusuke Yamada, was critically appraised. Reina played the lead character, ‘Mitsuko.’
In 2016, she appeared in an episode of the comedy show ‘Saigo no Restaurant,’ or ‘The Last Restaurant.’ The same year, she played ‘Miyama Chiaki’ in the romantic series ‘Seisei Suruhodo, Aishiteru,’ which ran for 10 episodes on ‘TBS.’
In the 2016 suspense drama ‘Kuroi 10-nin no Onna,’ Reina portrayed ‘Aiba Shino.’ The show ran for 10 episodes from September to December that year. The same year, she also appeared in a film named ‘Ninkyo Yaro.
In 2017, she appeared in two TV series, namely, ‘Joshu Seven’ and ‘Kanna-san!’ She played ‘Ichikawa Sara’ in the comedy–drama ‘Joshu Seven,’ which aired from April to June that year. Her other show, ‘Kanna-san!,’ or ‘Ms. Kanna,’ was about a strong-headed woman, ‘Suzuki Kanna,’ played by Watanabe Naomi, who was shown bracing herself to deal with her job, her cheating husband, and her needy son.
She was also a panel member of reality TV show ‘Terrace House: Boys and Girls in the City.’
Recommended Lists:

Austrian Actresses
Japanese Actresses
Japanese Fashion Industry
Actresses Who Are In Their 30s
Personal Life
Reina was rumored to have dated actors such as Haruma Miura, Kengo Kora, Masato Sakai, and Masataka Kubota in the past. She is currently single.
She is very close to family and is often seen spending time with her parents. She also owns a hamster.
She loves the color pink and collects tableware from every country she visits.
She wants to get married by the time she is 30 years old and hopes to have at least two children by 35.
Recommended Lists:

See the events in life of Reina Triendl in Chronological Order 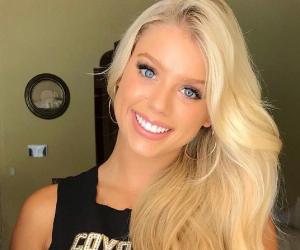 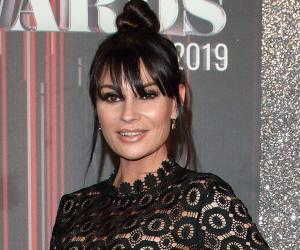