Ramy Ashour, also known as ‘The Artist’, is a professional squash player from Egypt, who has been playing the sport from a very young age. He and his brother, Hisham Mohamed Ashour, were both encouraged by their father to play squash. Now both the brothers play professionally, and often travel together to tournaments. Ramy’s earliest victory was at the Men’s World Junior Squash Championship, which he won at the age of 16. He is recognized as one of the most technically skilled professional squash players in the world. At the height of his career, he had an astonishing record of 49 wins in a row. He became the World No. 1, at the age of 22 and was the youngest player since the 1980s to reach this position. He does not have a coach or personal trainer, and instead chooses to manage himself. He is known to travel alone to all of his tournaments, and has gained most of his success through daily solo training. He finds music to be his greatest motivator during practice 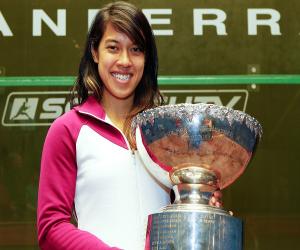 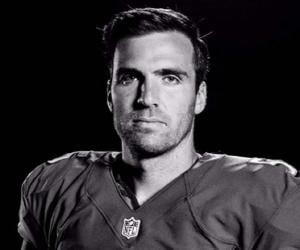 Chris Jericho
Squash Players #6
Sportspersons #12368
Continue Reading Below
DID WE MISS SOMEONE?
CLICK HERE AND TELL US
WE'LL MAKE SURE
THEY'RE HERE A.S.A.P
Quick Facts

Egyptian People
Male Sportspersons
Egyptian Sportspersons
Libra Men
Childhood & Early Life
Ramy Ashour was born on September 30, 1987 in Cairo, Egypt. He spent a great deal of his childhood traveling and spending time away from his parents, as both his mother and father worked for Egypt Air.
He began playing squash when he was only six years old, at the encouragement of his father. Although he had previously done a lot of swimming and horse riding, he found that he immediately felt comfortable on the squash court and it soon became his favorite activity.
Both Ramy and his younger brother, Hisham Mohamed Ashour, went on to become professional squash players.
Continue Reading Below
You May Like

The Hottest Male Celebrities With The Best Abs
Career
In 2004, Ramy Ashour won the Men’s World Junior Squash Championship, at the age of 16. With this feat he became the youngest person ever to win the World Junior Squash Championship.
Two years later, in 2006, he again won the World Junior Squash Championship and became the only person ever to win the World Junior Squash Championship twice.
During the team event of the 2006 World Junior Squash Championship, he led Egypt to a team victory when Egypt defeated Pakistan by 2-1 in the finals of the team event. This was the first and only time that a team had ever captured both the team event title and the top three positions in the players’ event.
His first major professional title came in January 2007 during the Canadian Squash Classic, when he beat David Palmer in just 32 minutes. Later that year, he again came out on top when he defeated Amr Shabana in the Kuwait Open.
After winning both the Saudi International and the PSA Masters in 2009, he went on to become World No. 1 in January 2010. At only 22 years old, he was the youngest player in 26 years to achieve this landmark.
In 2012, he reached the final of every tournament in which he competed and became the first player since Jansher Khan to achieve this feat; he managed to win the Australian Open, Hong Kong Open, US Open and Qatar PSA World Championship.
At the J.P. Morgan Tournament of Champions in 2013, he overcame the odds by fighting through a hamstring injury and defeating Gregory Gaultier in an unexpected comeback.
In 2013, he had a remarkable record of 49 victories in a row, until his unbeaten run was ended by Nick Matthew during the 2013 World Championship.
Ramy Ashour took six months off the court due to injuries, but when he returned for the 2014 Qatar PSA World Championship, he made a surprising recovery, claiming his third World Championship title.
Awards & Achievements
He is currently the only person to have been the World Junior Squash Champion twice, having won in both 2004 and 2006. His first win in 2004 was when he was only 16 years old and he became the youngest player ever to win the Men’s World Junior Squash Championship.
Ramy Ashour became the World No. 1 at the age of 22, making him the youngest player in almost three decades to achieve this feat.
Personal Life & Legacy
Ramy Ashour loves music and finds it to be an inspiration in all aspects of his life. He often practices while listening to his favorite songs, and has stated in interviews that he has discovered many new shots while moving to the rhythm of the music. He has even expressed an interest in recording music of his own, although he does not anticipate pursuing it professionally.
He loves experiencing and learning about other cultures, and one of his greatest joys in life is traveling all over the world.
He doesn’t have a coach, full-time manager or physiotherapist; he is highly self-motivated and instead travels alone to his engagements. He also believes that quality is more important than quantity when it comes to training, so he only trains for two to three hours each day.
Trivia
Ramy Ashour loves music so much that he recently serenaded a childhood friend at the friend’s wedding, and even wrote an original song just for the occasion
You May Like

See the events in life of Ramy Ashour in Chronological Order 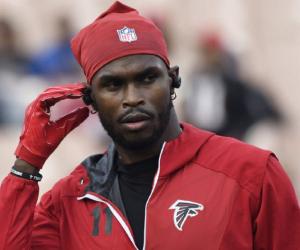