Sergey Bubka is a former Ukrainian pole vaulter and the first one to clear 6.0 meter mark. He represented the Soviet Union until its dissolution in 1991 and has been involved with the International Association of Athletics Federations (IAAF) since 2001. He was one of 24 athletes inducted as inaugural members of the IAAF Hall of Fame in 2012. Interested in sports from an early age, he excelled at sprint and long jump as a young boy. He turned to the pole vault when he was nine years old though he was told that he could not start training until he was 12. He first tasted international success when he won the world championship in Helsinki, Finland, in 1983. Over the years he set several records which gained him much international fame and competed for Soviet teams until the dissolution of the USSR in 1991. Bubka broke the world record for men's pole vault 35 times during his career—17 times in the outdoor version and 18 times in the indoor one. Despite consistently being one of the most dominating male pole vaulters of his era, he had a relatively poor record in the Olympic Games and won just a single gold medal despite his otherwise illustrious career. He officially retired in 2001 but continues to be closely associated with the sport. Keshorn Walcott
Athletes #32
Sportspersons #1533
DID WE MISS SOMEONE?
CLICK HERE AND TELL US
WE'LL MAKE SURE
THEY'RE HERE A.S.A.P
Quick Facts

Russian People
Ukrainian People
Ukrainian Men
Tall Celebrities
Tall Male Celebrities
Male Athletes
Childhood & Early Life
Sergey Nazarovich Bubka was born on 4 December 1963, in Voroshilovgrad, Ukrainian SSR, Soviet Union, as the son of a Red Army praporshik. He was interested in sports from a young age and excelled at sprint and long jump as a little boy.
He was introduced to pole vaulting when he was nine years old. However, his coach told him that he would have to wait until he was 12 to get trained in the sport. Eventually he received training and displayed considerable potential as a pole vaulter.
Continue Reading Below
You May Like

The Most Popular US Veterans
Career
Sergey Bubka first appeared on the international sporting scene in his late teens in 1981 when he came seventh in the European Junior Championship. The year 1983 saw him competing in the World Championship held in Helsinki as a virtually unknown athlete and he surprised the world by clinching the gold, clearing 5.70 meters (18 feet 8 inches).
His career flourished over the ensuing years and Sergey Bubka was soon counted amongst the most dominating male athletes in pole vaulting. It was in May 1984 that he first set a world record of 5.85m which he improved to 5.88m a few days later, and then to 5.90m a month later.
In June 1985 he set a world record by achieving a height that had long been considered unattainable—he cleared 6.00 meters (19 feet 8 inches). Over the years he improved upon his own record, becoming the first athlete ever to jump over 6.10 meters, in San Sebastián, Spain in 1991. In 1994, he reached his career best and then-world record of 6.14 m (20 feet 1 ¾ inches).
Strong and agile, he possessed great gymnastic abilities and gripped the pole higher than most vaulters to get extra leverage. His technique gave him an edge that enabled him to dominate the sport for several years at a stretch.
His Olympic career was, however, a mixed bag and he was unable to set any major records in the Olympic Games. He competed in the Seoul Olympics in 1988 and won a gold medal, clearing 5.90m. He failed to qualify for the Barcelona Olympics in 1992 and was forced to withdraw from Atlanta Olympics in 1996 due to an injury.
He enjoyed great success at IAAF events and won the pole vault event in six consecutive IAAF World Championships in Athletics in the period from 1983 to 1997.
In 1996, he first got involved with the International Olympic Committee (IOC) as an elected Member of the Athletes’ Commission, providing input into the governance of sport from the perspective of an active athlete. In 1999, he became an IOC member and was involved in a number of commissions.
Over the course of his career he broke the world record for men's pole vault 35 times. He was the first pole vaulter to clear 6.0 meters and 6.10 meters. His indoor world record of 6.15 meters, set on 21 February 1993 in Donetsk, Ukraine, was unbeaten for almost 21 years until France's Renaud Lavillenie cleared 6.16 meters on 15 February 2014.
He retired from pole vaulting in 2001 and has been involved with the International Association of Athletics Federations (IAAF) since then. He has served as Vice President of the organization since 2007 and has also been the President of the National Olympic Committee in Ukraine since 2005.
In addition to his sporting commitments, he is also involved with a number of business ventures including Sergey Bubka Sports Club, established in 1990, and a bakery business which he runs with his brother.
Awards & Achievements
Sergey Bubka won the Prince of Asturias Award in Sports in 1991.
He was named the best sportsman of the Soviet Union for three years in a row from 1984 to 1986.
In 2003 he was designated UNESCO Champion for Sport.
In 2005 he was given the Panathlon International Flambeau d'Or for his contribution to the development and promotion of sport. The same year he also won the Marca Leyenda award.
Personal Life & Legacy
Sergey Bubka first met gymnast Lilia Tutunik when she was just a teenager and he 21. They got married in 1984 and have two sons. His elder son ventured into a career in business while the younger one, also named Sergey, is a professional tennis player.
You May Like

See the events in life of Sergey Bubka in Chronological Order 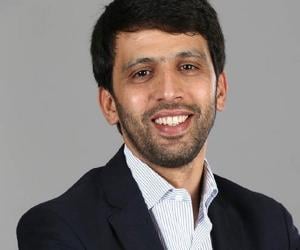