John Peter Sarsgaard is an American actor who is known for his versatile talent. Sarsgaard started his career as an actor in TV series such as ‘Law and Order’, ‘New York Undercover’ and ‘Subway Stories.’ He got his first film role as the murder victim in ‘Dead Man Walking’, however, success and acclaim came to him many years later when he was recognised for his brilliant performance in the movie ‘Boys Don’t Cry’. Throughout his career, Sarsgaard has played many characters with dark shades. Talking about his choice of playing such parts Sarsgaard says that he takes them up as they are well-written. He has a philosophical approach to playing these roles and he tries to see the problem not as part of the person but as part of the world and society we live in. Sarsgaard’s ability to get under the skin of any character can be seen in the wide range of roles he has played in his career. From killers to drug addicts to famous personalities he has played them all. Sarsgaard has never been eager to play a leading man; instead he has looked for roles that challenge him. Alongside films Sarsgaard has also worked in theatre in Broadway productions like ‘The Seagull’ and ‘The Three Sisters’. 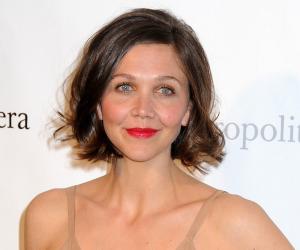 American People
American Men
Illinois Actors
Bard College
Washington University In St. Louis
Childhood & Early Life
Peter Sarsgaard was born on March 7, 1971 at St. Clair County Illinois. He is the only child of his parents Judy Lea and John Dale Sarsgaard. His unusual surname can be traced to a Danish ancestry. His father was an Air Force Engineer and thus the family moved a lot during Sarsgaard’s childhood.
As a child, he watched soccer on TV all the time and aspired to become a soccer player. He also took ballet classes when he heard that some soccer players learnt ballet to improve their coordination; however, he gave up soccer when he suffered many concussions while playing.
Sarsgaard’s interest in films started from the time when he attended Fairfield College Preparatory school where films would be screened after school. He graduated from school in 1989.
He commenced his graduate studies at Bard College in New York but later transferred to Washington University in St. Louis. During this time he formed a theatre group called ‘Mama’s Pot Roast’.
While at Washington University he performed plays in a branch of New York’s 'Actor Studio' located at St. Louis. He finished his graduation in 1993 as a History Major and moved to New York.
Continue Reading Below
Career
From 1995 to 1997, Peter Sarsgaard appeared in guest roles in various TV series. His first foray into films came with ‘Dead Man Walking’ where he played the part of a teenager murdered by Sean Penn.
In 1995, Sarsgaard started his theatrical career with a production title 'Laura Dennis’. His performance was highly praised and since then he has appeared in many notable productions
After working in various Indie films he saw his first commercial success in 1998 in the film ‘The Man in the Iron Mask’. In this film he played the role of Raoul, the son of Athos, played by John Malkovich.
In 1999, Sarsgaard played the role of a murderer John Lotter in the independent movie ‘Boys Don’t Cry’ which was based on a true story. His performance was universally praised with critics remarking that his depiction of the sociopath had made it very believable.
In 2001, in the movie ‘The Center of the World’, Sarsgaard played his first lead role. He played a computer engineer, Richard Longman going wild in Las Vegas. The film was not received well but critics praised his performance.
2003 saw the release of ‘The Shattered Glass’ where he portrayed the role of the editor Charles Lane of ‘The New Republic’ in the real life story of journalist Stephen Glass. His performance earned him a Golden Globe nomination.
The movie ’Kinsey’ based on the life of Alfred Kinsey, who studied human sexuality, came out in 2004. Sarsgaard's role as Martin Clyde was highly talked about as it involved frontal nudity and kissing Liam Neeson. He was hailed as the best character actor of his generation and was nominated for many awards and won one.
Sarsgaard continued to play supporting roles in 2005 with ‘Flightplan’ which became a huge success worldwide making him a well-known actor around the world.
Sarsgaard did theater along with his films and in 2008 made his broadway debut at ‘The Royal Court Theater’ with Anton Chekov’s ‘The Seagulls’.
Continue Reading Below
In 2010, he hosted an episode of the show ‘Saturday Night Live’. In the introduction, he did a comic piece that played on his surname, where he tried to sell face masks preventing SARS called SARS-guard.
The movie ‘Blue Jasmine’, released in 2013, brought Peter Sarsgaard and Woody Allen together. Sarsgaard played a diplomat named Dwight opposite Cate Blanchett. He had only read his part of the script so he knew what his role was, but throughout the filming he didn't know the whole story.
In 2016, he portrayed the role of Robert Kennedy in the film ‘Jackie’. Sarsgaard remarked it was one of the most surreal things he had done, pretending to be Robert Kennedy waiting in front of the White House at the funeral for JFK.
In 2018, Peter Sarsgaard played the role of CIA chief Martin Schmidt in the TV mini-series ‘The Looming Tower’ based on the book of the same name. The series shows the events leading up to 9/11. Sarsgaard took five months to consider doing the role and finally decided to take it up when he could not stop thinking about the script.
Major Works
‘Shattered Glass’ was one of his most critically acclaimed movies. Peter Sarsgaard won nine awards and a Golden Globe nomination for his performance in the movie. ‘Fightplan’ was the highest grossing movie of 2005 and was one of his biggest commercial successes.
Family & Personal Life
Peter Sarsgaard was raised a Catholic and he believes that his religious upbringing helps him get insights into some of the more difficult characters he has to play.
He dated photographer Malerie Marder during his early days in New York. When Marder decided to study photography at Yale, Sarsgaard moved to New Haven with her in 1996 putting his career on hold. He moved with her to Los Angeles after her graduation. However, a year later they broke up and he moved back to New York.
He is married to actress Maggie Gyllenhaal whom he met through her brother Jake Gyllenhaal. They married in 2009 after dating for seven years. They live in New York with their two daughters Ramona and Gloria Ray.
Trivia
Sarsgaard is a vegan. He is also an avid and a knowledgeable gardener.

See the events in life of Peter Sarsgaard in Chronological Order