Margalit Ruth Gyllenhaal Sarsgaard, popularly known as Maggie Gyllenhaal is an American actress known for her minor but impactful performances in films. She had the biggest role of her career as a lead in the film ‘The Dark Knight’. Maggie is the daughter of notable filmmakers Stephen Gyllenhaal and Naomi Foner and she is the older sister of actor Jake Gyllenhaal. Maggie was born in New York and her family moved to Los Angeles, California, when she was an infant. She developed an interest in acting during her teens and started taking drama classes at Harvard-Wakeland prep academy. She made her debut in film at the age of fifteen with ‘Waterland’ which was directed by her father. She made her theatrical debut in the Berkeley Repertory Theatre production of Patrick Marber's ‘Closer’ and received positive reviews for the same. Her break-out role was in the dark comedy ‘Secretary’ for which she won her first major award along with a lot of critical acclaim. Maggie is married to actor Peter Sarsgaard and the couple has two daughters, Ramona and Gloria Ray Sarsgaard. 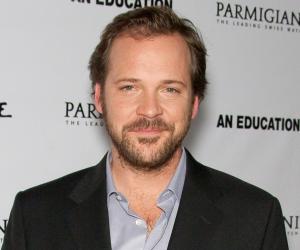 Lily-Rose Depp
Actresses #339
Film & Theater Personalities #819
DID WE MISS SOMEONE?
CLICK HERE AND TELL US
WE'LL MAKE SURE
THEY'RE HERE A.S.A.P
Quick Facts

American People
New Yorkers Actresses
Columbia University
Scorpio Actresses
American Actresses
Childhood & Early Life
Maggie Gyllenhaal was born on November 16, 1977, in New York. She is the daughter of film director and writer, Stephen Gyllenhaal and screenwriter, Naomi Foner Gyllenhaal. She has one younger brother, Jake Gyllenhaal who is also an actor.
Her family moved to Los Angeles when she was an infant. She developed an interest in acting during her teens and studied drama at Harvard–Westlake prep school. She completed her graduation in 1995 and studied literature and Eastern religions at Columbia University, New York.
Continue Reading Below
You May Like

The Most Popular US Veterans
Career
Maggie Gyllenhaal made her debut in films at the age of fifteen in 1992 with ‘Waterland’ which was directed by her father. Her next two films, ‘A Dangerous Woman’ (1993) and ‘Homegrown’ (1998) were also directed by her father and featured her brother as well. She also appeared in the television movie ‘The Patron Saint of Liars’ in 1998.
She made her debut in theatre with ‘Closer’ in 2000 and had a supporting act in the films ‘Cecil B. Demented’ in 2000 and ‘Riding in Cars with Boys’ in 2001. Maggie received a lot of recognition for her performance in ‘Donnie Darko’ in 2001.
Secretary’ in 2002 launched her to stardom and she won her first award for her performance in the film. She showed her range by appearing in the comedy movies ‘Adaptation’ and ’40 Days and 40 Nights’ in 2002.
Maggie Gyllenhaal then starred in the movies ‘Confessions of a Dangerous Mind’ (2002), ‘Casa de los Babys’ (2003), and ‘Mona Lisa Smile’ (2003) and returned to theatre with ‘Homebody/Kabul’ in 2003.
Over the next couple of years, she appeared in ‘Criminal’ (2004), ‘Strip Search’ (2004), ‘Happy Endings’ (2005), ‘The Great New Wonderful’ (2005), and ‘Trust the Man’ (2005). She then played the role of a young drug addict in ‘Sherrybaby’ in 2006.
She appeared in ‘Paris, je t'aime’, ‘World Trade Center’ and ‘Stranger than Fiction’ in 2006 and gave her voice for ‘Monster House’ the same year. She also appeared in a short film ‘High Falls’ in 2007.
Maggie Gyllenhaal played the lead in the commercially successful film ‘The Dark Knight’ in 2008. She played the role of a bohemian college professor in ‘Away We Go’ in 2009 and acted in the play ‘Uncle Vanya’ in 2009.
She received a lot of critical acclaim and an Academy Award nomination for her supporting act in the film ‘Crazy Heart’ in 2009. She appeared in the movies ‘Nanny McPhee Returns’ (2010) and ‘Hysteria’ (2011), and also acted in the Classic Stage Company’s production ‘Three Sisters’ in 2011. She hosted the documentary ‘Discovery's "Curiosity"’ in 2012 and appeared in the television movie ‘The Corrections’ in 2012.
She starred in ‘Won't Back Down’ (2012), ‘White House Down ‘ (2013), ‘Frank’ (2014), ‘River of Fundament’ (2014) and American Airlines Theater’s ‘The Real Thing’ in 2014. She also appeared in a TV mini-series ‘The Honourable Woman’ in 2014.
Continue Reading Below
Gyllenhaal's narration performance of ‘Anna Karenina’ by Leo Tolstoy was made available for purchase in August 2016. She played herself in one episode of ‘Inside Amy Schumer’ in 2016 and narrated the documentary ‘Truth and Power’ the same year. She appeared in the TC show ‘The Deuce’ in 2017.
Major Works
Maggie Gyllenhaal rose to stardom and earned recognition with her role in the dark comedy ‘Secretary’ in 2002. She won the Boston Society of Film Critics Award and received nomination for the Golden Globe Award for her performance.
She played her first lead in ‘The Dark Knight’ in 2008 and the film was a big commercial success. Her performance was critically acclaimed and earned her nominations for Critics' Choice Movie Award and Saturn Award.
She received an Academy Award nomination for her supporting act in the film ‘Crazy Heart’ in 2009.
Awards & Achievements
Maggie Gyllenhaal won the Boston Society of Film Critics Award, National Board of Review Award and Online Film Critics Society Award for Best Actress for ‘Secretary’ in 2003. She also received nominations for Golden Globe Award, MTV Movie Award, National Society of Film Critics Award and several others for her performance in the film.
She was nominated for an Independent Spirit Award in 2005 for her supporting act in ‘Happy Endings’. She also received nominations for Golden Globe Award, Chicago Film Critics Association Award and London Film Critics' Circle Award for Best Actress in ‘Sherrybaby’ in 2006.
She was nominated for Best actress in Saturn Award and Critics' Choice Movie Award for ‘The Dark Knight’ in 2008 and received her first Academy Award nomination for her supporting act in ‘Crazy Hearts’ in 2009.
Maggie won a Golden Globe Award for Best Actress – Miniseries or Television Film for ‘The Honourable Woman’ in 2014.
She was a member of the jury for the 2017 Berlin Film Festival.
Personal Life & Legacy
Maggie Gyllenhaal was in a relationship with the actor Peter Sarsgaard from 2002 and the two got married on May 2, 2009. They have two daughters, Ramona (b. 2006) and Gloria Ray Sarsgaard (b. 2012) and the family currently lives in Brooklyn, New York.
She is politically active and spoke on the opposition to the Iraq War at 18th Independent Spirit Award and Artists United to Win Without War campaign. She was also a part of the video showing support for Chelsea Manning in June 2013.
Maggie is a supporter of Witness, a non-profit organization that uses video and online technologies to expose human rights violations. She has also been supporting Hear the World Foundation as an ambassador from the past nine years.
Trivia
Maggie Gyllenhaal was invited to join the Academy of Motion Picture Arts and Sciences (AMPAS) after the 2004 Academy Awards.
She is ranked as #58 in FHM's ‘100 Sexiest Women in the World 2005’ special supplement.
Her favorite actress is Gena Rowlands and Maggie is a fan of T Bone Burnett.
She returned to work six months after giving birth to her daughter, Ramona, in order to begin filming ‘The Dark Knight’ in 2008.

Golden Globe Awards
People's Choice Awards
You May Like

See the events in life of Maggie Gyllenhaal in Chronological Order