Ryan Reynolds is a Canadian actor. He is specially known for his role in ‘Deadpool’. He played the title character in the film. He played the DC comics hero Green Lantern. He first appeared in a Canadian sitcom and then made his entry in Hollywood. Ryan Reynolds is popularly known for his films like ‘Blade Trinity’, ‘The Amityville Horror’, ‘X-Men Origins: Wolverine’, and ‘Woman in Gold’. He has starred in various TV sitcoms like ‘The Odyssey’, ‘Two guys and a girl’, ‘Zeroman’, and ‘Fifteen’. He has also been a part of TV films like ‘Serving in Silence: The Margarethe Cammermeyer Story’, ‘My Name is Kate’, ‘Sabrina the Teenage Witch’, ‘School of Life’, and others. He has starred in a music video as himself and has been a part of a web series. Ryan Rodney Reynolds was born in Vancouver, Canada on October 23, 1976. He is the youngest of the four siblings in his family. His father, James Chester was a wholesaler, while his mother was a retail saleswoman. Two of his elder brothers worked as policemen in the British Columbia.

He has an Irish ancestry and has been raised a Roman Catholic. The actor failed in his drama class in high school.
He starred in several Canadian TV sitcoms and played small roles in TV films but due to lack of success, he returned to Vancouver and decided to quit acting.
One night, however, he met a fellow Vancouver actor and friend, Chris Martin, who motivated him and they both decided to go to LA instantly. 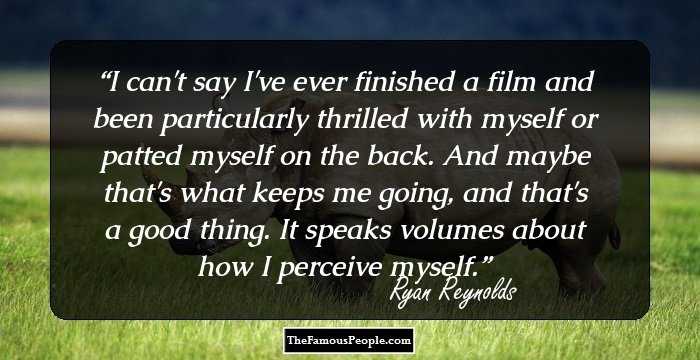 Continue Reading Below
Career
Ryan Reynolds’ career started in 1993 when he starred in a Canadian TV sitcom ‘Hillside’ which was broadcast by Nickelodeon as ‘Fifteen’. He appeared in other TV sitcoms ‘The Outer Limits’ and ‘The Marshall’. His film debut was in the film ‘Ordinary Magic’ which was also a Canadian venture.
After he moved to LA, he appeared in various films like ‘Coming Soon’, ‘Dick’, and ‘Finder’s Fee’. He played a recurring role for 13 episodes in the TV series ‘The Odyssey’.
In 1998, he was cast for the lead role of Michael “Berg” Bergen in the TV series ‘Two Guys and a Girl’. The series continued till 2001 and had 81 episodes.
In 2002, he played the main role of Van Wilder in the comedy film titled ‘National Lampoon’s Van Wilder’. He made two other appearances as supporting actor in films ‘Buying the Cow’ and ‘The in-Laws’. He appeared in a Canadian heist film named ‘Foolproof’ in 2003. He also acted in one of the movies in the ‘Harold and Kumar’ series.
He appeared in one of his breakthrough roles in the movie ‘Blade Trinity’ where he played Hannibal King.
He voiced Ty Cheese in the TV animated series ‘Zeroman’.
He then acted in comedy films like ‘Adventureland’, ‘Definitely Maybe’, ‘Waiting’, ‘Just Friends’, and ‘Chaos Theory’. Other than these, he also played serious roles in films like ‘Fireflies in the Garden’, ‘The Nines’, ‘Smokin’ Aces’, and ‘The Amityville Horror’.
In 2009, he portrayed the role of Wade Wilson in the movie ‘X-Men Origins: Wolverine’.
In 2011, he portrayed Green Lantern in the film titled on his character.
Continue Reading Below
He also played a lead in films like ‘The Proposal’, ‘Paperman’, and ‘Buried’.
After that, he appeared in several roles in films like ‘The Change-up’, ‘Safe House’, ‘RIPD’, ‘The Voices’, and ‘Mississippi Grind’. He also played cameos in ‘Ted’ and ‘A Million Ways to die in the West’. He narrated a documentary ‘The Whale’ in 2011. He voiced supporting characters in animated movies like ‘Turbo and The Croods’.
His major breakthrough happened with ‘Deadpool’ in 2016. He acted in and produced the film. His role in the movie was well-appreciated. Deadpool was a major success in his career.
Other than these, he also was a part of films like ‘Criminal’, ‘Self/less’, and ‘Woman in Gold’.
He will be seen in future films like ‘Life’, ‘The Hitman’s Bodyguard’, and ‘Deadpool 2’. 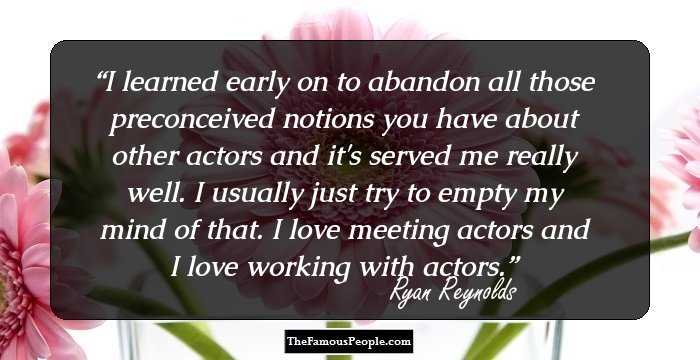 Quotes: Trying
Major Works
‘Blade Trinity’ became Ryan’s first superhero role and his first association with Marvel Comics. He played the role of Hannibal King alongside actors like Wesley Snipes, Jessica Biel and Kris Kristofferson.
Ryan’s another role in the Marvel series was in ‘X- Men Origins: Wolverine’. He played the role of Wade Wilson who has a good sense of humor and is known for his athleticism and swordsmanship skills. He worked hard for this role.
He played Hal Jordon or Green Lantern in the DC film ‘Green Lantern’. He was cast for this role ahead of actors like Sam Worthington, Bradley Cooper, Jared Leto and Justin Timberlake. He met his present wife Blake Lively in this film.
Continue Reading Below
His role of Randy Schonberg in the film ‘Woman in Gold’ won the hearts of fans and critics.
His biggest work till date has been ‘Deadpool’. He was co-producer of the film and played the lead role of Wade Wilson, aka Deadpool. He wanted to make this film since he played the same character in the X Men series film. The character undergoes mutation to cure his lung, liver, prostate and brain cancer and turns out deformed and scarred but having superpowers greater than many. The character is known for carrying twin swords and taking nothing seriously.
Awards & Achievements
He received the Next Generation Male Award and the Man of the Year Award in 2003 and 2017 respectively.
He won the Choice Movie Scary Scene award for ‘The Amityville Horror’ and the Choice Movie: Hissy Fit Award for ‘Deadpool’.
He won the People’s Choice Award for the Favorite Movie Superhero and Action Star for the ‘Green Lantern’ and also the Favorite Movie Actor for‘Deadpool’.
He also won the Best Comedic Performance and Best Fight MTV Awards for ‘Deadpool’.
He has won the Critics’ Choice Movie Award for ‘Best Actor in Comedy for ‘Deadpool’ and was declared the Entertainer of the Year 2016.
He was declared as the Sexiest Man Alive in 2010. 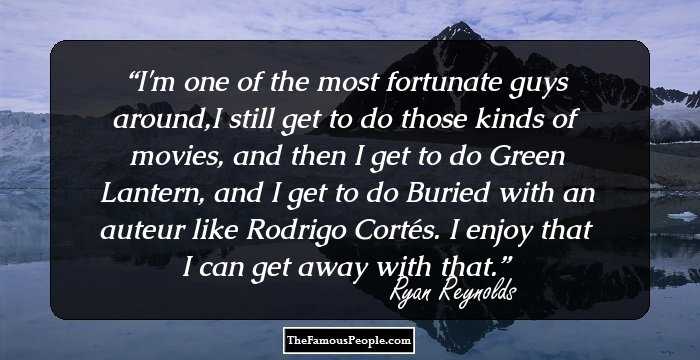 Continue Reading Below
Personal Life & Legacy
Ryan dated Canadian singer, Alanis Morissette, from 2002 to 2007. After their break-up in 2007, Alanis released an album, Flavors of Entanglement in the grief of the separation. The Album had a song ‘Torch’, which was dedicated to Ryan.
He dated Scarlett Johansson and got engaged in 2008. After their marriage in September 2008, they separated in 2010. Their divorce was finalized in 2011.

He then met his current wife, Blake Lively, in 2010 while filming ‘Green Lantern’. They immediately started dating and got married in 2012. Ryan and Blake welcomed their first child, a daughter named James Reynolds in December 2014. In September 2016, the couple welcomed their second daughter, Inez Reynolds. In October 2019, they welcomed their third daughter named Betty Reynolds. In September 2022, Ryan and Blake announced that they were expecting their fourth child together.

Reynolds has a fear of flying, as his parachute didn’t open when he was seventeen.

He is a big fan of the Green Bay Packers.
He had once injured his back when he jumped from a bridge in Zurich.
Ryan is not a religious man and states that religion poisons everything in the world.
Trivia
Ryan occasionally blogs for Huffington Post.
He sits on the board of the Michael J Fox Foundation that deals with research on the Parkinson disease. His father died of Parkinson disease in 2015.
He was declared the Sexiest Dad Alice by People’s Magazine in 2016.

See the events in life of Ryan Reynolds in Chronological Order