Patrice Lumumba was the first democratically elected Prime Minister of the Republic of the Congo. He was a Congolese independence leader who founded the mainstream Mouvement national congolais (MNC) party and played a pivotal role in Congo’s struggle for independence from Belgium. He had been a writer and civic organizer before he became active in politics. Born into the family of a farmer in Belgian Congo, he was a member of the small Batetela ethnic group. After completing his schooling he started working as a postal clerk and as a travelling beer salesman. Eventually he grew interested in politics and joined the Liberal Party of Belgium, where he primarily worked on distributing the party literature. His participation in political activities intensified over time and he helped found the broad-based Mouvement national congolais (MNC) and later became the organization's president. In spite of the fact that he hailed from a small ethnic group while his political rivals came from powerful and large ethnic groups, he succeeded in establishing himself as a popular politician. A passionate nationalist, he called for Congo’s independence from Belgium and became a major figure in Congo’s independence movement. He became the country’s first democratically elected Prime Minister in June 1960. His administration, however, did not last long, and his political career came to an abrupt end when he was assassinated in 1961 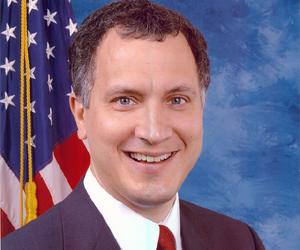 Male Leaders
Cancer Leaders
Cancer Men
Childhood & Early Life
Patrice Lumumba was born as Élias Okit'Asombo on 2 July 1925 in Katakokombe, Belgian Congo, to François Tolenga Otetshima, and Julienne Wamato Lomendja. His father was a farmer. He had three brothers and one half-brother.
He received his primary education from a Catholic missionary school before moving on to the government post office training school, passing the one-year course with distinction.
He started writing articles for journals during his student days and developed an interest in political activism.
Continue Reading Below
You May Like

The Sexiest Men Of 2020, Ranked
Career
He started his career as a postal clerk in Léopoldville (now Kinshasa) and soon moved to Stanleyville (now Kisangani). He also augmented his income by working as a travelling beer salesman.
Eventually he became an accountant in the post office. All this while, he maintained his involvement with the Congolese press for which he regularly wrote articles on political issues.
Lumumba became regional head of the Cercles of Stanleyville and joined the Liberal Party of Belgium in 1955. He primarily worked on editing and distributing party literature.
He was on a study tour to Belgium in 1955 when he was arrested on charges of embezzlement and sentenced to two years in prison. But his sentence was commuted to twelve months and he was released in July 1956.
He became more involved in politics upon his release and in 1958 he played a key role in the founding of the broad-based Mouvement national congolais (MNC). He was later chosen as the organization’s president.
Accompanied by a team, he represented the MNC at the All-African Peoples' Conference in Accra, Ghana, in December 1958 where Lumumba further solidified his Pan-Africanist beliefs.
Nationalist fervor in the country increased and the citizens of Congo started demanding complete independence from the Belgian government. Local elections were held in December 1959 in which the MNC won a convincing majority. On 27 January 1960 Congolese independence was declared with the setting of 30 June 1960, as the independence date.
The MNC won the national elections held in May 1960 and thus the right to form a government. On 23 June 1960, Patrice Lumumba was chosen as Congo's first Prime Minister and Joseph Kasa-Vubu as its president. On 24 June the new government passed a vote of confidence and was ratified by the Congolese Chamber and Senate.
Even as the country’s citizens were rejoicing at its newly acquired independence, Lumumba took a fateful decision—he decided to raise the pay of all government employees except for the army. This led some sections of the army to rebel and the rebellions quickly spread throughout the country, leading to a general breakdown in law and order.
It was a highly chaotic time in Congo, marked by political unrest and widespread violence which led to the weakening of the government. In September, the President dismissed Lumumba from the government which led to Lumumba protesting in retaliation.
Taking advantage of the situation, Colonel Joseph Mobutu, aided by Belgian forces organized a coup d’état and incapacitated both Lumumba and the President Kasa-Vubu. Lumumba tried to escape but was captured and tortured by Katangan and Belgian officers.
Major Works
Patrice Lumumba served as the Prime Minister of the Congo for only 81 days, but he left an indelible mark in the modern political history of Africa. He was a principled man of strong character who lived and died for the values he believed in. He supported pan-Africanism and liberation for colonial territories.
Personal Life & Legacy
In 1951, he married Pauline Opangu. The couple went on to have five children, the youngest of whom was born six months after Patrice Lumumba‘s death.
After his government was deposed in a coup during the Congo Crisis, Lumumba along with a few other ministers from his newly formed independent government were arrested and tortured under the command of Katangan authorities. The men were then lined up against a tree and shot one at a time on 17 January 1961.
You May Like

See the events in life of Patrice Lumumba in Chronological Order 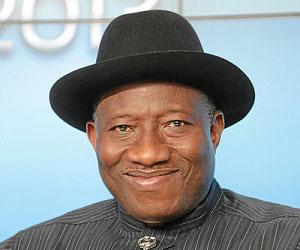