Oliver Sacks was a British neurologist, naturalist, historian of science, and writer who spent most of his career in the United States and is best recognized for treating survivors of the great pandemic of sleeping sickness with then-experimental drug levodopa. He documented his experience in his 1973 book Awakenings, which was adapted into an Academy Award-nominated feature film, starring Robin Williams and Robert De Niro, in 1990. He served as neurologist at Beth Abraham Hospital's chronic-care facility in the Bronx for four decades and was also involved with the New York University School of Medicine, Columbia University Medical Center, and the University of Warwick in the UK. He recorded his vast neurological experience in several collections of case histories such as The Man Who Mistook His Wife for a Hat and An Anthropologist on Mars. He also wrote about music therapy in his best-seller book, Musicophilia: Tales of Music and the Brain. Torsten Wiesel
DID WE MISS SOMEONE?
CLICK HERE AND TELL US
WE'LL MAKE SURE
THEY'RE HERE A.S.A.P
Quick Facts

Cause of Death: Metastatic Cancer

Oliver Wolf Sacks was born on July 9, 1933 in Cricklewood, London, England, as the youngest of four children of Samuel Sacks, a Lithuanian Jewish doctor, and Muriel Elsie Landau, one of the first female surgeons in England.

The youngest of four children of his parents, Oliver grew up in an extremely large extended family of eminent scientists, physicians and other notable individuals, which fostered his inquisitiveness and interest in science.

In December 1939, when he was six, he and his older brother Michael were sent to a boarding school in the English Midlands to escape the Blitz and stayed there until 1943.

He later revealed in his autobiography, Uncle Tungsten: Memories of a Chemical Boyhood, that they received meager rations of turnips and beetroot there and suffered cruel punishments at the hands of a sadistic headmaster.

Upon returning home, he became an amateur chemist under his Uncle Dave's tutelage before attending St Paul's School in London, where he became close friends with Jonathan Miller and Eric Korn.

He entered The Queen's College, Oxford in 1951 to study medicine, and after graduating with a Bachelor of Arts degree in physiology and biology in 1956, stayed another year to undertake research.

He stated that he was “seduced by a series of vivid lectures” by Hugh Macdonald Sinclair, under whom he became involved with the school's Laboratory of Human Nutrition. However, he became depressed due to the lack of help and guidance he received from Sinclair on his research on Jamaica ginger and was advised by his parents to take a break from academic studies.

Following his parents’ advice, he spent the summer of 1955 living on Israeli kibbutz Ein HaShofet, where his experience of hard physical labor was an "anodyne to the lonely, torturing months in Sinclair's lab". He also spent time scuba diving at the Red Sea port city of Eilat and became interested in marine biology, which made him question his decision to become a doctor despite his interest in neurophysiology.

On return, he started his clinical study of medicine at the University of Oxford and Middlesex Hospital Medical School, and took courses in various disciplines including medicine, surgery, orthopaedics, paediatrics, neurology, psychiatry, and infectious diseases. In 1958, he graduated with Bachelor of Medicine and Bachelor of Surgery degrees, while his BA was promoted to a Master of Arts degree as per tradition.

Oliver Sacks, who helped home-deliver babies as a student, took a job at a hospital in St Albans, where his mother had worked during the war, in order to gain more experience and confidence. He subsequently began his pre-registration house officer rotations at Middlesex Hospital and spent first six months in the hospital’s medical unit, followed by six more months in its neurological unit, finishing in June 1960.

He then left Britain and flew to Montreal, Canada, on July 9, 1960, and expressed his intention of becoming a pilot to the Montreal Neurological Institute and the Royal Canadian Air Force. Following background check, he was given a medical research job, but kept making mistakes that led to critical data loss, following which he was asked to travel for a few months and reconsider joining.

He travelled to the United States and completed an internship at Mt. Zion Hospital in San Francisco and a residency neurology and neuropathology at the University of California, Los Angeles. During this period, he experimented with various recreational drugs and was reportedly inspired to chronicle his observations on neurological diseases and oddities following an amphetamine-facilitated epiphany.

He completed a fellowship at Yeshiva University's Albert Einstein College of Medicine before joining as neurologist at Beth Abraham Hospital's chronic-care facility in the Bronx in 1966. There, he successfully experimented using the new drug levodopa on post-encephalitic patients, and with his four decades of work, helped provide the foundation for the Institute for Music and Neurologic Function.

In 2012, he joined New York University School of Medicine as a professor of neurology and consulting neurologist in the school's epilepsy centre, while also serving as a visiting professor at the University of Warwick. He continued hospital-based practice until his death in 2015, but accepted few private patients despite enormous demand, and served on the boards of The Neurosciences Institute and the New York Botanical Garden.

Oliver Sacks’ 1973 book Awakenings, based on his treatment of a group of survivors of the 1920s sleeping sickness encephalitis lethargica, was made into the Academy Award-nominated feature film of the same name in 1990. His other notable books include The Man Who Mistook His Wife for a Hat (1985), An Anthropologist on Mars (1995), Musicophilia: Tales of Music and the Brain (2007) and On the Move: A Life (2015).

Oliver Sacks, who lived alone for most of his life, first opened up about his homosexuality in his 2015 autobiography On the Move: A Life. He revealed that he was celibate for 35 years before becoming involved in a committed long-term partnership with writer and New York Times contributor Bill Hayes after befriending him in 2008.

He was described by a colleague as "deeply eccentric" in Lawrence Weschler's biography, And How Are You, Dr. Sacks? (2019). An old friend from his medical residency days also mentioned his frequent need for drugs like LSD and speed in the early 1960s, and to violate taboos, like drinking blood mixed with milk.

In February 2015, he announced that the uveal melanoma in his right eye that he was previously treated for in 2006, resulting in loss of stereoscopic vision, had spread to his liver. He intended to live the few months he had left “in the richest, deepest, most productive way", and passed away on August 30, 2015 at his home in Manhattan, surrounded by his closest friends.

Oliver Sacks was eccentric even as a child and had reportedly baked a biscuit with concrete, rather than flour, for his Scout master, which cost the latter his teeth.

See the events in life of Oliver Sacks in Chronological Order 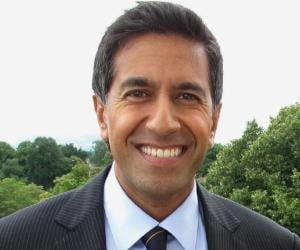