Noor Jehan was a famous Pakistani singer and actress who worked both in India and Pakistan. A highly versatile personality, she could sing in several languages including Urdu, Hindi, Punjabi and Sindhi, and had recorded over 10,000 songs in her career. Born into a Muslim family with a rich musical tradition, in British India, she was exposed to the world of show business at a young age. She began singing at the age of five and received early training in classical singing under Ustad Bade Ghulam Ali Khan. He later introduced her to the stage and before long she had blossomed into a talented and confident stage performer. She developed an interest in acting along with singing and made her initial film appearances as a child actor. With time she grew up into a beautiful young woman with a golden voice and played her first role as an adult in the Hindi film ‘Khandaan’ which became a huge hit. She moved to Pakistan following the partition of India in 1947 and struggled for a few years to establish herself. With her determination and hard work she went on to achieve great success in Pakistani cinema and music as well. She was given the title of Malika-e-Tarannum (the Queen of Melody) in Pakistan.
Continue Reading Below 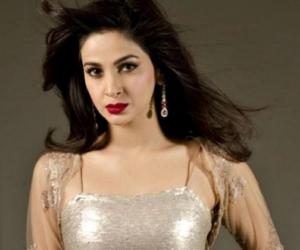 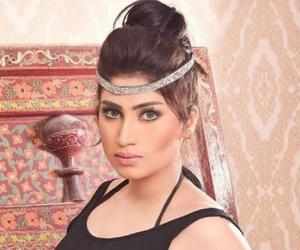 Pakistani Celebrities
Classical Singers
Pakistani Women
Virgo Singers
Women Singers
Childhood & Early Life
Noor Jehan was born as Allah Rakhi Wasai on 21 September 1926, in Kasur, Punjab, British India, into a large Muslim family as one of eleven children. Her parents, Madad Ali and Fateh Bibi, were professional musicians.
Her parents encouraged the children to sing from an early age, and Allah Rakhi especially seemed to have been blessed with a special talent. She started singing when she was around five and her mother immediately recognized the potential her daughter possessed and arranged for her to receive early training in classical singing under Ustad Bade Ghulam Ali Khan.
She was instructed in the traditions of the Patiala Gharana of Hindustani classical music and the classical forms of thumri, dhrupad, and khyal by Khan, and displayed considerable versatility in her singing styles.
She made her first stage appearance at the age of six in the city of Calcutta for stage director Diwan Sardari Lal with the stage name of Baby Noor Jehan. A few years later she caught the attention of Punjabi musician Ghulam Ahmed Chishti for whom she sang in 1935.
Continue Reading Below
You May Like

Who Is The Most Popular BTS Member?
Career
During the 1930s her entire family moved to Calcutta in the hope that the daughters might get chances to embark on film careers. Theatre owner Diwan Sardari Lal introduced the family to several producers. Noor Jehan, along with her sisters appeared in the K.D. Mehra directed Punjabi movie ‘Pind di Kuri’ in 1935.
Film offers started pouring in for the emerging singer cum actress and she next acted in a film called ‘Missar Ka Sitara’ (1936). Jehan also played the child role of Heer in the film ‘Heer-Sayyal’ (1937). All the Punjabi movies she acted in and sang for were made in Calcutta.
Noor Jehan moved to Lahore in 1938, and her career touched newer heights. The famed music director Ghulam Haider became her mentor and composed songs for her to sing. This helped her tremendously in establishing herself in her singing career.
She was greatly interestedly in pursuing an acting career as well. She played her first adult role in 1942 when she acted as the main lead opposite Pran in ‘Khandaan’. The film became a major hit prompting her to shift her base to Mumbai with director Syed Shaukat Hussain Rizvi who she later mater.
When the partition of India happened in 1947, Jehan decided to move to Pakistan and settled in Karachi with her family. The initial years following the partition were very difficult for her though she was determined to rebuild her career. She got her first big break in Pakistan in 1951 when she appeared in the film, ‘Chan Wey’, opposite Santosh Kumar. She also directed this film along with her husband, becoming Pakistan's first female director.
She remained busy with her family over the next few years during which her marriage unraveled and ended in divorce. However, her career flourished during the 1950s and she acted in and sang for many hit films, the most notable one being ‘Intezar’ (1956) in which she portrayed a blind singer. It went on to become one of her biggest hits.
Noor Jehan married for the second time in 1959.
She continued singling throughout the 1970s and 1980s, but the later phase of her career was somewhat disappointing. She gave her final contribution to music with the Punjabi song ‘Ki Dam Da Bharosa Yaar’ in ‘Sakhi Badshah’ (1996).
Major Works
Her film ‘Khandaan’, in which she starred opposite Pran was her first major hit which established her as a much sought after actress cum singer. She portrayed the role of Zeenat in the film which was primarily a musical about a man seduced by a gold-digging woman.
Her role as a blind singer in the 1956 film ‘Intezar’ was a much appreciated one. She sang some of her most memorable songs for this film including ‘Chand Hanse Duniya Base’, ‘Aa Bhi Ja’, ‘O Janewale R’e and ‘Jis Din Se Piya Dil Le Gaye’. Prominent Indian singer Lata Mangeshkar once said that ‘Intezar’ was one of her favorite Pakistani music scores.
Awards & Achievements
She was the recipient of several prestigious awards, including the Pride of Performance which was bestowed upon her by the Government of Pakistan in 1965.
Personal Life & Legacy
Her first marriage was to Shaukat Hussain Rizvi in 1942. The couple had three children and divorced in 1953.
She married Ejaz Durrani in 1959. Her second marriage produced three more children and also ended in divorce.
She suffered from heart problems and was diagnosed with angina pectoris after which she underwent a surgery to install a pacemaker. She died on 23 December 2000, as a result of heart failure.
Recommended Lists:
Singers #3518
Film & Theater Personalities #12257
You May Like

See the events in life of Noor Jehan in Chronological Order 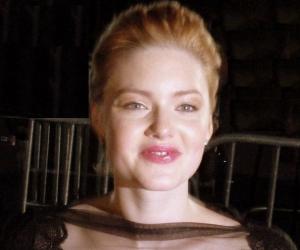