Advanced Search
Abida Parveen is a Pakistani singer counted amongst the world's greatest mystic singers and one of the foremost exponents of Sufi music (Sufiana kalaam). The versatile singer is primarily a singer of ghazals and sings in several languages including Urdu, Sindhi, Saraiki, and Punjabi. Born into a family that boasts of a rich musical legacy, she was introduced to the world of Sufism and music at a young age. Her father recognized the potential his daughter possessed and personally trained her in music when she was young. She started singing when she was three and displayed such a deep love for music that her father decided to defy tradition and chose her as his musical heir over his two sons. She went on to receive her higher musical training from the music school which her father had founded and was also trained by the great Ustad Salamat Ali Khan of the Sham Chorasia gharana. Initially she performed at Dargahs and Urs before embarking on a professional career with Radio Pakistan. She brought Sufi music to a new level and proceeded to become one of the best known mystic singers not just in her native Pakistan, but throughout the world because of which she has been dubbed as the Uncrowned Empress of Sufi Music and Undisputed Sufi Queen. Begum Akhtar
DID WE MISS SOMEONE?
CLICK HERE AND TELL US
WE'LL MAKE SURE
THEY'RE HERE A.S.A.P
Quick Facts

Pakistani People
Women Singers
Pakistani Singers
Pakistani Female Singers
Pakistani Ghazal Singers
Childhood & Early Life
Abida Parveen was born in 1954 in Mohalla Ali Goharabad in Larkana, Sindh, Pakistan, a place known for its rich Muslim Sufi culture. She hailed from a long line of Sufi mystics and singers; her father Ustad Ghulam Haider being a prominent Sufi singer who founded his own devotional music school.
Her father introduced Abida to Sufism and music when she was very young. She was naturally inclined towards devotional music and started singing when she was just three. On recognizing the potential his little daughter possessed, her father started training her himself.
She was later trained at her father’s music school and was mentored by Ustad Salamat Ali Khan of the Sham Chorasia gharana. On growing up, she used to perform regularly at shrines of Sufi Saints along with her father. Her father, an open minded man, realized that his daughter was a lot more talented than his sons and chose her as his musical heir over his two sons. The step he took was an uncommon one in the conservative Muslim society.
Continue Reading Below
Career
She began performing at Dargahs and Urs in the early 1970s and started singing for Radio Pakistan, Hyderabad, in 1973. Singing on radio introduced her voice to a bigger audience which made her quite popular in no time. Her first big hit was the Sindhi song ‘Tuhinje zulfan jay band kamand widha’.
After a few years of singing for the radio channel, she was declared the official singer of Radio Pakistan in 1977. Already a popular figure by now, her fame skyrocketed from here on. As a singer of ghazals and Sufi music, she helped to revitalize the genres and popularize them to audiences beyond her native Pakistan.
In 1980, she performed at Sultana Siddiqui's Awazo Andaz and left the listeners mesmerized with her renditions of ghazals and devotional songs, bringing Sufi music to a new level. Her international glory rose phenomenally during the 1980s.
She also began touring and performing internationally during this time. Her tours to the U.S., U.K., and France proved to be huge successes. Since then she has continued travelling to many other countries, spreading Sufism, peace and the divine message through her music.
She gave a live performance in Chicago in 1988 which was recorded by Hazrat Amir Khusrau Society of Art and Culture. The next year, her performance in London's Wembley Conference Hall was recorded by the British Broadcasting Corporation and aired for an hour.
In the 1990s Parveen licensed her spiritual ghazals to Bollywood. However, she never sang for films even though her pre-recorded songs have been used. Because of her phenomenal success as a singer she keeps on getting offers from Bollywood, and has recently agreed to lend her voice to films on insistence of her fans.
Her successful career continued throughout the 2000s. In 2007, she collaborated with Shehzad Roy for a song, ‘Zindagi’, dedicated to social problems regarding children, and performed at the Sufi Festival in New York at the Asia Society to promote Pakistani culture and mutual peace in 2008. She also performs yearly at Muzaffar Ali's Jahan-e-Khusrau.
In 2010, she served as one of the judges of the Indo-Pak singing talent show ‘Sur Kshetra’. The same year she performed on the internationally acclaimed Pakistani show ‘Coke Studio Season 3’.
She has made many appearances on television over the recent years, appearing in ‘Shehr-e-Zaat’ (2012), ‘Jhalak Dikhhla Jaa’ (2012), ‘Pakistan Idol’ (2014), ‘Sama-e-Ishq’ (2014).
Major Works
Abida Parveen is regarded as one of the world's greatest mystic singers and one of the foremost exponents of Sufi music. She is credited to have revitalized and popularized Sufi music on the international stage during her career which has spanned over four decades. Her most famous songs are ‘Yaar ko Humne’ from the album ‘Raqs-e-Bismil’ and ‘Tere Ishq Nachaya’ which is a rendition of Bulleh Shah's poetry.
Awards & Achievements
Abida Parveen was honored with the President of Pakistan's Award for Pride of Performance in 1984. She was also awarded the Gold Lal Shahbaz Qalandar Medal the same year.
In 2005, she received Sitara-i-Imtiaz, the third highest honor and civilian award in the State of Pakistan.
In 2012, she was bestowed with the Hilal-e-Imtiaz award which recognizes individuals who have made an "especially meritorious contribution to the security or national interests of Pakistan, world peace, cultural or other significant public endeavors".
Personal Life & Legacy
Abida Parveen married Ghulam Hussain Sheikh, senior producer at Radio Pakistan, in 1975. Her husband was very supportive of her career and retired from his job in the 1980s to manage her career. The couple had three children. Her husband died of a heart attack in the early 2000s.
Abida Parveen is a heart patient and suffered a heart attack in 2010. Her health improved following treatment.
She is known for her unique dressing style. She wears a long buttoned-up collar kameez with salwar, and drapes an ajrak, a Sindhi duppatta, over her shoulders. She always lets her dark curly hair untied.

See the events in life of Abida Parveen in Chronological Order 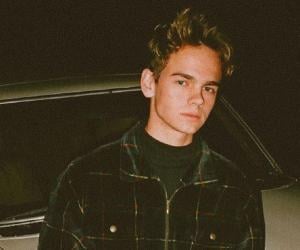