Nick Carter, the youngest and arguably the most recognized member of the vocal harmony group Backstreet Boys, is known for his ravishing good looks and his dancing abilities. He started out as the teenage heartthrob with the band and has composed, sung, and danced his way into the hearts of millions of fans over the last twenty years. He usually sings the melody part along with Brian Littrell and AJ McLean, with Dorough harmonizing and Richardson delivering the base parts. Carter’s career as a music artist and as an actor, started from a very young age, as he participated in several talent shows. His solo work includes two complete albums which made enough sales and helped him attain a ‘gold’ status. He has acted in a number of commercials, TV shows, independent movies and has also featured in his own reality show ‘House of Carters’. He is the owner of Kaotic, INC., a record label and is also a keen humanitarian. Despite his struggle with alcohol and drugs, he managed to turn his life and career around for the better. He has recently added directing and writing screenplays to his portfolio. If you would like to learn more about this personality, scroll further. American People
Pop Musicians
Pop Rock Singers
Contemporary R&B Singers
American Men
Childhood & Early Life
Nickolas Gene Carter was born to Jane Elizabeth and Robert Gene Carter in Jamestown, New York. At a very early age, he started playing several songs recorded by other artists; the most popular being ‘Breaking Up Is Hard to Do’ and ‘Uptown Girl’.
Singing apart, he was cast in several commercials and auditioned for several acting roles at a young age. His first appearance in a movie as a kid was in ‘Edward Scissorhands’ along with Johnny Depp in 1990.
Continue Reading Below
You May Like

The Best Black Actresses Of All Time
Career
When he was 13, Nick joined fellow Floridians, Howie Dorough and AJ McLean and subsequently Kevin Richardson and Brian Littrell to form the Backstreet Boys.
As a part of Backstreet Boys, Nick recorded including, ‘Backstreet Boys’ in 1996, and ‘Backstreet’s Back’ in 1997.
His first solo album, ‘Now or Never’, released in October 2002 and reached the #17 on the Billboard 200. The album sold millions and was certified ‘gold’ in both, the United States and Canada.
He started working on his second solo album, in 2003 but gave it up when the Backstreet Boys returned to record their next album. In 2006, he and his siblings starred in the reality television show, ‘House of Carters’, which featured the reunion of all five Carter siblings, their ups and downs and constant efforts to harmoniously live in the same house.
Despite the departure of Kevin Richardson from the band, the group still recorded two albums as a quartet entitled, ‘Unbreakable’ and ‘This is Us’ is 2007 and 2009, respectively.
In 2009, he recorded ‘Beautiful Lie’ with Jennifer Paige, which peaked at number 19 in the German Singles Chart. In 2010, he resumed recording new songs for his second solo album, ‘I’m Taking Off’, which was released by his own record label, Kaotic INC.
He appeared as a guest on the popular American series, ‘90210’ and also made his motion picture debut with ‘This Is The End’ in 2013, where he was seen with all the members of the Backstreet Boys.
Major Works
Nick’s first solo album ‘Now or Never’, in 2002, debuted at #17 in its first week on Billboard 200 and sold 70,000 copies. Although the two singles released from the album had little impact on the US charts, the album sold more than 550,000 copies worldwide.
Of the tracks in his second solo album, ‘I’m Taking Off’, the song ‘Just One Kiss’ peaked at #12 on Japan Hot 100 Countdown. The album sold more than 20,000 copies in Japan; the US version was released digitally and peaked at #14 on the US Digital Charts.
Continue Reading Below
Awards & Achievements
He was nominated for the Grammy Award for ‘Best New Artist’ for the single, ‘Backstreet Boys’, in 1999.
In 2000, he was nominated for a Grammy Award for the single, ‘I Want It That Way’, for ‘Best Pop Performance by a Duo or Group with Vocal'.
He was nominated for a Grammy Award for ‘Shape of My Heart’ in the category, ‘Best Pop Performance by a Duo or Group with Vocals’, in 2002.
Personal Life & Legacy
Throughout his career, this prominent recording artist struggled with drugs and alcohol addiction but became abstemious after being diagnosed with cardiomyopathy.
He has a been involved in the efforts for preserving the environment and the oceans and has worked with the UN Environment Programme (UNEP), the Convention on Migratory Species, the Whale and Dolphin Conservation Society, and the Coral Reef Action Network (ICRAN).
He is engaged to be married to his long-time girlfriend Lauren Kitt, a personal trainer.
Trivia
This prominent singer was one of People Magazine’s ’50 Most Beautiful People’ in 2000 and Cosmogirl’s ‘Sexiest Man of the Year’ in 2002, beating the likes of Brad Pitt and Justin Timberlake.
He refused to attend the funeral of his sister Leslie, who died of a prescription overdose on January 31, 2012 citing a family feud as reason.
Norman Vincent Peale’s book ‘Why Some Positive Thinkers Get Powerful Results’, a gift from fellow band member Kevin Richardson, helped this singer build a healthier lifestyle.

See the events in life of Nick Carter in Chronological Order 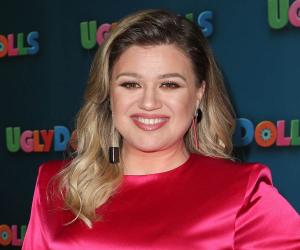