Aaron Carter was a popular American rapper and singer who became a teen favorite in the early 21st century. Starting his singing career at the age of 7, he rose to fame during the late 1990s, and established himself as a star, especially among the teenagers and youngsters. He earned name and fame not only for his performance on stage, but also for his studio albums. His first album, Aaron Carter, became one of the top ten in some countries of Europe. In the United States, it stood at number 12. It sold more than 100,000 copies in the US alone, and more than one million copies worldwide. His second album, Aaron’s Party, released in the fall of 2000, was also a huge success, and sold three million copies in the US alone. His next album, On Aaron, also earned him much fame, after which he worked on Another Earthquake, which was also successful, though not as popular as the previous one. Carter also appeared on Dancing with the Stars and worked on the television show Liberty’s Kids, and films, such as ‘Fat Albert.’ 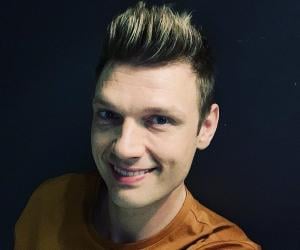 Aaron Carter was born on December 7, 1987, in Tampa, Florida, to Robert Gene Carter and Jane Elizabeth. He had four siblings, three sisters and one brother.

Aaron Carter attended the Frank D. Miles Elementary School, as well as the Ruskin school in Florida. He had a great enthusiasm for music from an early age, and started his career at the tender age of 7. 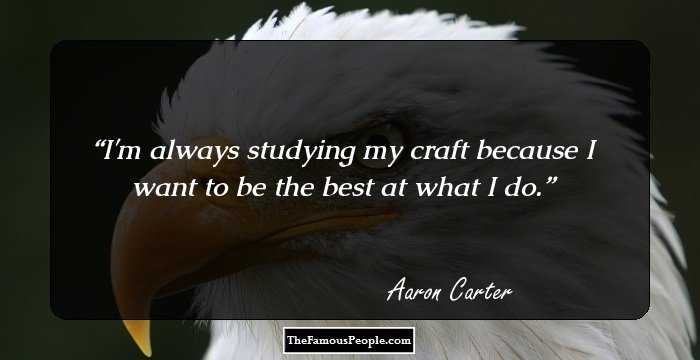 Aaron Carter began his career as the lead singer of Dead End, which was a local band formed by the members of a rock school in Tampa. Soon, the interests of the band members conflicted, as Carter was more interested in pop while the others preferred alternative rock. As a result of this Carter left the band two years later.

He made his first solo appearance at 9. It was an opening for the Backstreet Boys in Berlin, which took place in March 1997. His first single, Crush on You, was released the same year.

On December 1, 1997, Aaron Carter's self-titled debut album, Aaron, was released. It became quite popular in several European countries, such as Norway, Spain, Denmark, as well as Germany. It was released in the US on June 16, 1998, where it was a great success too.

At the age of thirteen, he released his third album, Oh Aaron, in 2001. It found success, though not as much as his second album. It contained singles such as Oh Aaron and I am all about you.

His next work Another Earthquake was released in 2002. It was a mild success, though not as successful as his previous works. It was also Aaron’s final studio album under the label of Jive Records.

After making a name for himself in the world of music, Aaron Carter also tried his luck in acting. He made guest appearances in several television programs, such as Lizzie McGuirie as well as 48 Hours Mystery.

He appeared on Dancing with the Stars, an American dance competition TV series with his partner Karina Smirnoff in 2009. They were eliminated in November, ending the competition at fifth place.

In January 2011, it was announced by Johnny Wright, Carter’s manager, that he was in a treatment facility for emotional and spiritual healing. He spent a month at a rehab center named Betty Ford Center in California after which he started performing normally again.
Continue Reading Below 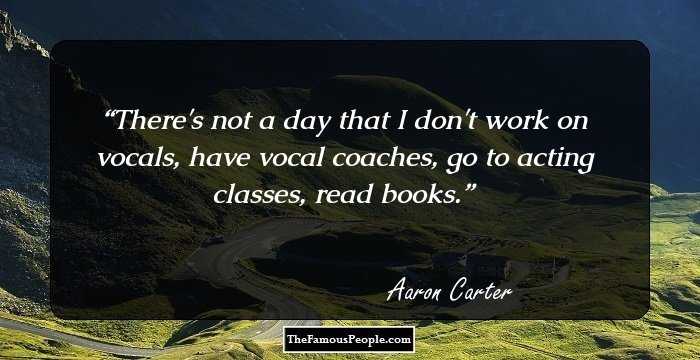 Aaron’s Party (Come Get it)’ is one of the most significant as well as successful works of his career. It was released in the year 2000 under Jive Records. It was a big hit, selling three million copies in the United States alone. The songs Girl You Shine, I want Candy, Aaron’s Party (Come Get It), and Bounce became quite popular and were played frequently on Radio Disney.

In 2002, he worked as a voice actor for Liberty’s Kids, which was an animated historical television series meant for children. It was aired from September 2002, on PTV Kids. Aaron provided the voice for the character of a soldier who fought in the American Revolutionary War. The solider, Joseph Plumb Martin, whose narratives of his experiences, which were published much later, proved to be an invaluable resource in understanding those times, especially about the lives of common soldiers and the battles that they took part in.

Aaron Carter also appeared in films - one of them being Fat Albert, a fantasy romantic comedy about the gang of Fat Albert, who comes into the human world from the cartoon world in order to help a lonely teenage girl. Aaron did a cameo appearance, playing the role of a character named Darren.

The film Popstar is significant to his career as it is the only film where he played the lead role. The film is about a high school teenage girl who has an obsession with JD McQueen, played by Aaron. JD, a musical sensation, needs her help to improve his grades and thus he builds a relationship with her. The film was released in October 2005.

In June 2020, Aaron Carter got engaged to Melanie Martin. In November 2021, their son Prince was born.

His elder brother Nick Carter is also a successful singer. One of his sisters Leslie Carter died because of suspected drug overdose in 2012. 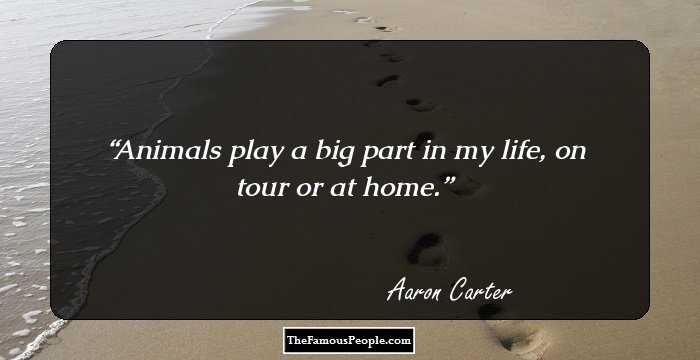 Aaron Carter was found dead at his home in Lancaster, California, on November 5, 2022. He was found drowned in his bathtub. The exact cause of his death was not known at the time of his death. He was 34.

Quotes By Aaron Carter | Quote Of The Day | Top 100 Quotes

See the events in life of Aaron Carter in Chronological Order 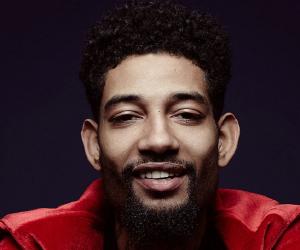