Neil Peart was a Canadian musician who became famous as the drummer and lyricist of the rock band Rush. As a child he would listen to pop music on his transistor radio. His parents bought him a drum kit for his 14th birthday. At eighteen, Peart travelled to London, England, but returned disheartened. He then auditioned for the Toronto-based band Rush, and they accepted Peart’s style of drumming. He also was the band’s main lyricist. They toured extensively. He was influenced by the writings of objectivist Ayn Rand as can be seen in the songs “Fly by Night” and “2112” that he penned. Their “Fly by Night” won the Juno Award for most promising new act. Other successful albums include “Permanent Waves” and “Moving Pictures”. With the death of his daughter and his wife, he took a hiatus from music. On his return, he rejoined Rush to bring out the album “Vapor Trails”. Peart’s latest album with Rush is “Clockwork Angels”. He has authored books written during his travelling days. Peart and his band mates were made Officer of the Order of Canada. He was inducted into the Canadian Songwriter Hall of Fame along with Geddy Lee and Alex Lifeson. Rush was also inducted into the Rock And Roll Hall Of Fame. Shania Twain
12th September In History
DID WE MISS SOMEONE?
CLICK HERE AND TELL US
WE'LL MAKE SURE
THEY'RE HERE A.S.A.P
Quick Facts 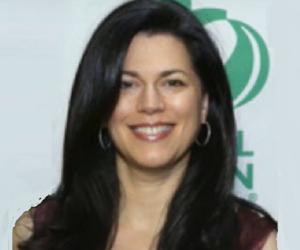 Neil Peart was born on September 12, 1952 to Glen and Betty Peart, and lived in the family’s farm in Hagersville near Hamilton. The first of four children, His siblings were Danny, Judy and Nancy.

The family moved to St. Catharines when Peart was two, and then to the Port Dalhousie area of the town in 1956. He attended Gracefield School, and later Lakeport Secondary School.
He listened to pop music on his transistor radio. He took piano lessons, but seeing his penchant for drumming on various objects, his parents bought him a drum kit for his 14th birthday.
He took lessons from Don George at the Peninsula Conservatory of Music. He debuted at the school’s Christmas pageant in St. Johns Anglican Church Hall in Port Dalhousie.
He appeared with his first group, The Eternal Triangle, at Lakeport High School. The performance contained an original number titled “LSD Forever”. He performed his first solo at the show.
Peart got a job in Port Dalhousie, and worked on the Bubble Game and Ball Toss, but was terminated. He played in local bands such as Mumblin’ Sumpthin’, the Majority, and JR Flood. 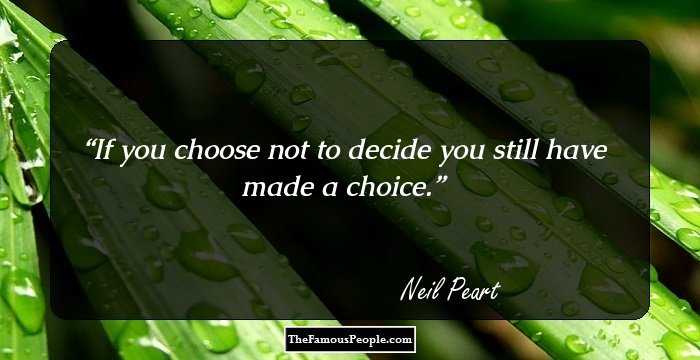 Quotes: You
Continue Reading Below
Career & Later Life
At eighteen, Peart travelled to London, England. He played in several bands, and occasionally received session work. He sold trinkets to tourists at The Great Frog on Carnaby Street to support himself.
During his stay in London he read novels of objectivist Ayn Rand, whose writings had a significant philosophical influence on him. Her novel “Anthem” influenced his “Fly by Night” and “2112”.
He returned to Canada disillusioned by his lack of progress in the music business. He worked for his father at Dalziel Equipment in St. Catharines. Thereafter, he joined the band ‘Hush’ to play drums.
He auditioned for the Toronto-based band Rush. Geddy Lee and Alex Lifeson who oversaw the audition accepted Peart’s style of drumming. He officially joined the band on July 29, 1974.
On his first outing with the band, he opened for Uriah Heep and Manfred Mann in front of over 11,000 people at the Civic Arena, Pittsburgh, Pennsylvania on August 14, 1974.
He became the band’s main lyricist. They began to tour extensively. Their first recording in 1975, “Fly by Night”, was fairly successful, and won the Juno Award for most promising new act.
Their “Caress of Steel” was a failure with much negative reception aimed at “The Fountain of Lamneth”. Peart then wrote “2112” on their breakthrough album of the same name in 1976.
When touring Northern Europe, Rush recorded the 1977 album, “A Farewell to Kings” in Rockfield Studios in Wales. The next year their follow-up album “Hemispheres” was also recorded there.
In the albums “Hold Your Fire”, “Presto”, “Roll the Bones”, and “Counterparts” from 1987 to 1993, Peart explored diverse lyrical motifs, and also addressed the topic of love and relationships.
Continue Reading Below
In 1992, Peart accepted an invitation to play at the Buddy Rich Memorial Scholarship Concert in New York City. He performed with the Buddy Rich Big Band.
He decided to produce and play on two Buddy Rich tribute albums titled “Burning for Buddy: A Tribute to the Music of Buddy Rich” in 1994, and again three years later.
By 2005, he had written 3 books namely “The Masked Rider: Cycling in West Africa”, “Ghost Rider: Travels on the Healing Road”, and “Traveling Music: Playing Back the Soundtrack to My Life and Times”.
Peart toured the Americas and Europe on the Time Machine Tour with Rush. Following the tour, the band released their studio album, “Clockwork Angels” on June 12, 2012. 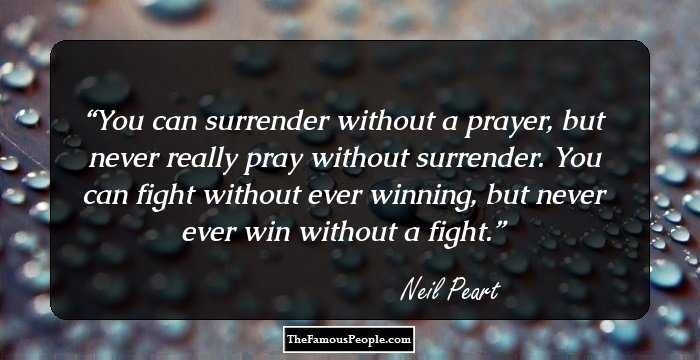 Quotes: You, Never
Major Works
In the 1980 album, “Permanent Waves”, Peart stopped using fantasy literature or ancient mythology in his writing. His lyrics began to revolve around social, emotional and humanitarian issues, using metaphors and symbolic representation.
The 1981 “Moving Pictures” portrayed his interest in mythological figures, which he placed in a modern reality-based context. The alum contained their most popular song “Tom Sawyer”, and “Limelight” about popularity, and its pressures.
He returned from his self-imposed sabbatical, and recorded the 2002 album “Vapor Trails” wherein Peart spoke about his personal issues, and humanitarian topics, such as the 9/11 terrorist attacks as in “Peaceable Kingdom”.
Awards & Achievements
Peart and his band mates were made Officer of the Order of Canada in 1996. The trio were the first rock musicians to be bestowed the highest civilian honor by the Canadian government.
He was inducted into the Canadian Songwriter Hall of Fame along with bandmates Lifeson and Lee. On April 18, 2013, Rush was inducted into the Rock And Roll Hall Of Fame. 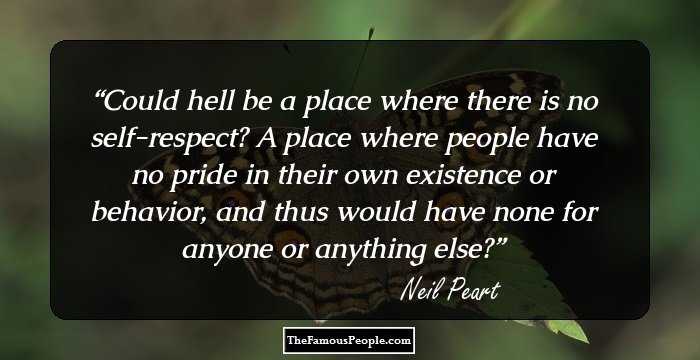 Personal Life & Legacy
Peart’s daughter, 19-year-old Selena Taylor, was killed in a single-car accident on August 10, 1997. His common-law wife of 22 years, Jacqueline Taylor, succumbed to cancer 10 months later.
He met photographer Carrie Nuttall in Los Angeles. They married on September 9, 2000. Their daughter Olivia Louise Peart was born nine years later.
Neil Peart died from brain cancer, on January 7, 2020, in Santa Monica, California. THe announcement regarding his death was made by his family on January 10.
Trivia
After the death of his first daughter, this musician took a long sabbatical to mourn and reflect, and travelled extensively throughout North and Central America on his motorcycle, covering 88,000 km.
Recommended Lists:
Lyricists & Songwriters #266

See the events in life of Neil Peart in Chronological Order