Carrie Nuttall is an American photographer best known for her works in the entertainment and music industry. Born and raised in Santa Monica, California, she aspired to become a photographer, especially in the entertainment industry. In the mid-1990s, she began working as an assistant of the Canadian band Rush’s photographer. The band’s drummer, Neil Peart, was going through a family tragedy when Carrie was introduced to him. They eventually came closer and fell in love, getting married in 2000. Around the same time, Neil announced that he was coming out of the retirement and rejoined the band. Carrie accompanied her husband during their recording sessions in Toronto and worked as the personal photographer to Neil, initially to only capture some photos of him working. She had wanted to open an exhibition of his photos while he worked in the studio. Eventually, the photo collection took shape of a photo book named Rhythm and Light, which was released in 2005 and became widely popular among the drummer’s fans and the industry professionals. Carrie has worked as a celebrity and entertainment photographer and she continues to work to this date. She had a daughter with Neil, named Olivia, and she currently lives with her, also inheriting Neil’s fortune after his demise in 2020. Barry Bishop
DID WE MISS SOMEONE?
CLICK HERE AND TELL US
WE'LL MAKE SURE
THEY'RE HERE A.S.A.P
Quick Facts

Carrie Nuttall was born on November 11, 1963, in Santa Monica, California. There has been very less information about her life before she came into the limelight.

She mentioned in an interview that although she was big fan of the band Rush during her high school years, she did not know any names of the band’s members.

At one point in her teenage years, she aspired to become a musician as well. She later said in an interview that one of the reasons that she became attracted to her drummer husband, Neil Peart, was owing to their mutual love for drumming.

She eventually moved to Los Angeles and began working in the entertainment industry as a photographer.

She tried to enter the entertainment industry and worked on building contacts. In the mid-1990s, she got a big project, working as an assistant of Andrew MacNaughtan, who was working as the official photographer of the band, Rush. Through him, Carrie got in touch with Neil Peart and they became closer.

Over the course of time, she became a regular photographer with the band and also kept working with other celebrities. But her main focus remained her work with the members of the band, Rush, especially Neil, who later became her husband.

The biggest achievement of Carrie’s career is her book of photographs, named Rhythm and Light, which was mainly a collection of Neil’s photos in the studio, in a closed intimate environment, which she had taken over the years while working with the band.

She initially wanted to create a gallery of photos of her husband, which eventually turned into a black & white book of photos of the now deceased drummer.

The photos also became special for the fans as Neil was trying to come out of a family tragedy then and had just made a comeback to the band after his brief retirement. He tried to give his music career another chance and hence, the photographs from that time became hugely famous.

Carrie also became known as the only person outside the band who witnessed the creation of Rush albums from their genesis, to their final recording sessions.

The series of photographs works mainly as a story book, where Neil’s return to the band, to begin working again was exhibited, until the release of Neil’s comeback album titled Vapor Trails.

About the idea, Carrie said that Neil was reeling through pain and she knew that he was going to be stuck inside his recording studio in Toronto, working on the album. Hence, she thought about creating a photo gallery based on that.

She also met Neil’s drum teacher, named Freddie Gruber, who was very close to Neil on a personal level. He made some comments about the photos, which Carrie eventually used in the book as the ‘texts’.

She further said that she preferred working the old-school way, using film, and not the digital cameras that had become the norm by the early 2000s.

Apart from Neil, Carrie has also worked with other musicians and artists, clicking their photographs. Rhythm and Light, which was released in 2005, became her big claim to fame in the industry.

Carrie Nuttall met Neil Peart in the 1990s, at a time when Neil was suffering through intense family tragedies. In 1997, he had lost his eldest daughter in a car accident, and a few months later, his wife Jacqueline Taylor succumbed to cancer.

At the funeral of his daughter itself, Neil had announced that he was going to retire from making music. He went on a sabbatical and travelled around the country on his motorcycle.

He was eventually introduced to Carrie through the band Rush’s photographer. They grew closer and in September 2000, they got married. This brought a pleasant change in Neil’s life and he decided to come back to making music.

In late 2009, she gave birth to their one and only child together, a daughter named Olivia Louise Peart.

She asked her husband to settle their base at Laurentian Mountains, for his peace of mind, which he accepted and they lived there frequently until his death in 2020.

Following Neil’s demise, Carrie inherited a fortune to her name, approximately $42 million and currently lives with her 11 years old daughter and works as a celebrity photographer.

See the events in life of Carrie Nuttall in Chronological Order 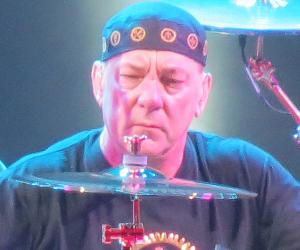 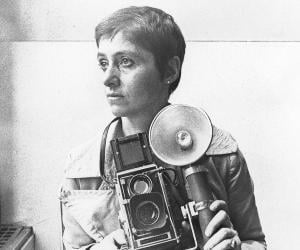 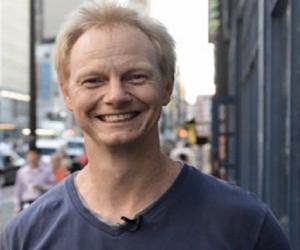