Nelly Kim Furtado is a singing sensation who rose to fame with her debut album ‘Whoa, Nelly!’ which spawned two award winning hits. She is a highly successful artist with a worldwide sale of over 40 million records and is the proud recipient of several prestigious awards including the Grammy Award for Best Female Pop Vocal Performance. She was born into a family of music lovers and her mother used to sing in the church choir. Her own love for music was evident from childhood and she began singing duets with her mother at the church. By the age of nine, she had learned to play musical instruments like ukulele and trombone, and began to write songs when she was 12. She started performing with a marching band as a teenager. She comes from a working class family and had known the virtue of hard work from an early age. She also believes that she got her strong work ethics from her family background. Her performance at a Honey Jam Talent Show got her noticed by the singer Gerald Eaton who invited her to write songs with him. He also helped release her debut album which went on to become an international success. Since then she has produced several highly successful singles and albums. Canadian People
Lyricists & Songwriters
Canadian Women
Women Singers
Women Musicians
Childhood & Early Life
She was born to Portuguese parents Maria Manuela and Antonio Jose Furtado who were emigrants to Canada. She has two siblings.
Her family was musically inclined and her mother was a church choir singer. Young Nelly joined her mother in singing duets at the church.
By the time she was nine, she had learned to play the musical instruments trombone and ukulele. She also began playing the guitar and keyboards later on.
She began performing with a jazz band, concert band and a marching band as a teenager.
She graduated from the Mount Douglas Secondary School in 1996. 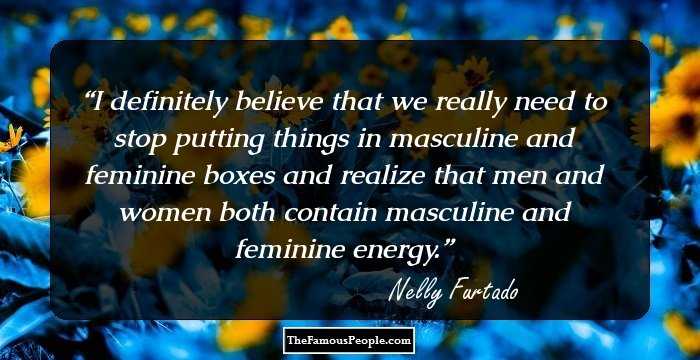 The Sexiest Men Of 2020, Ranked
Career
She became acquainted with Tallis Newkirk, member of the hip hop group Plains of Fascination, and sang some vocals for their album ‘Join the Ranks’ in 1996. She formed a trip hop duo called Nelstar with Newkirk the following year, but soon left the group.
In 1997, she participated in a talent show for urban females, namely, The Honey Jam talent show. There she caught the eye of Gerald Eaton, singer for the band The Philosopher Kings, and his band mate Brain West.
Eaton and West collaborated with the young singer and co-produced her debut album ‘Whoa, Nelly!’ in 2000. The album featured three international singles including ‘I’m like a Bird’ and received four Grammy Nominations.
In 2001, she embarked on the ‘Burn in the Spotlight Tour’ to promote her album. She traveled all over the U.S., Canada and Europe and performed at different venues.
Her second album ‘Folklore’ was out in 2003. The album featured a sound more mellow and diverse than its predecessor and had a rock-oriented, acoustic approach. It included the single ‘Forca’ which was the official anthem of the 2004 European Football Championship.
Her album ‘Loose’, released in 2006 had elements of dance, R&B, and hip hop. The album, which has been described as introspective and sad, explores the theme of female sexuality for which Nelly received considerable criticism.
She recorded a Spanish album ‘Mi Plan’ which was released in 2009. The album was a highly successful one; it peaked at No. 1 on the U.S. Latin Billboard chart and was accredited Platinum in the U.S.
In 2010, she went on a Concert Tour to promote the album ‘Mi Plan’ and visited countries like Mexico, Venezuela, Chile, Brazil, Argentina, and also the U.S. and Europe.
In 2012, she released her latest album ‘The Spirit Indestructible’. Nelly was also the co-producer of this album, which had hit singles like ‘Big Hoops (Bigger the Better)’, ‘Parking Lot’, and ‘Waiting for the Night’.
Continue Reading Below 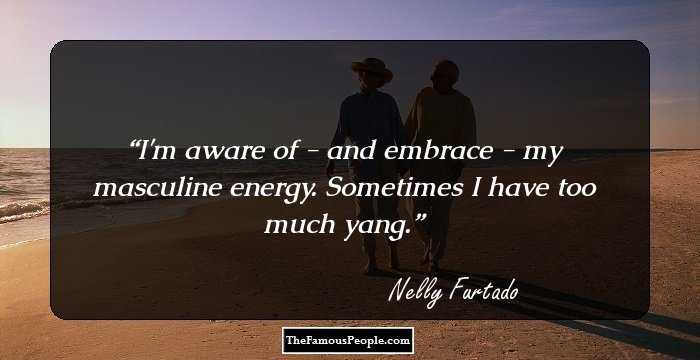 Major Works
Her debut album ‘Whoa, Nelly!’ launched her career and has sold more than eight million copies till date. It was accredited platinum in several countries including U.S., U.K., Canada, Australia and New Zealand.
‘Loose’ is her most successful album ever and it debuted at No.1 on the Canadian Albums Chart and on the U.S. Billboard 200. The album featured the super hit singles ‘Promiscuous’ and ‘Maneater’ and received several awards and nominations.
Awards & Achievements
She won the Grammy Award for Best Female Pop Vocal Performance for the song ‘I’m Like a Bird’ in 2002 and for ‘Say It Right’ in 2008.
She received the Latin Grammy Award for the Best Pop Vocal Album, Female for her album ‘Mi Plan’ in 2010. 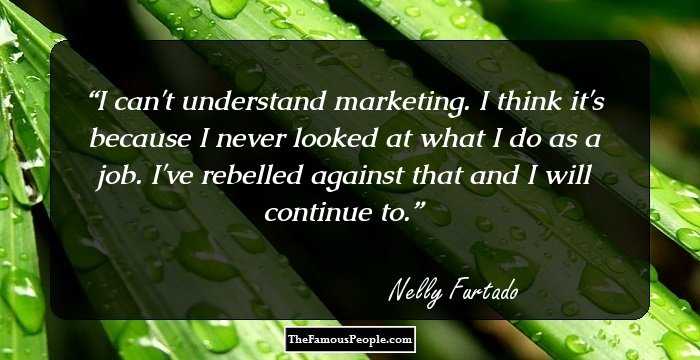 Personal Life & Legacy
She was in a relationship with Jasper Gahunia with whom she has a daughter, Nevis. However, the couple broke up in 2005.
She is currently married to sound engineer Demacio Castellon whom she wed in 2008.
She once hosted a program about AIDS on MTV along with musicians Alicia Keys and Justin Timberlake.
Trivia
This famous American singer has sung a Hindi song named ‘Kabhi Kabhie’.
This famous singer was named after the Soviet gymnast Nellie Kim.

Quotes By Nelly Furtado | Quote Of The Day | Top 100 Quotes

See the events in life of Nelly Furtado in Chronological Order