Edward Kelly, better known as Ned Kelly, was a famous Australian bushranger, known for his illegal and unlawful activities against the ‘Government of Victoria.’ About half of the 25 years of his life was spent either behind bars or in clashes with the police. Ned and his family moved to Australia as immigrants from Ireland. Ned believed that they were victims of harassment by the police because of their status as “selectors.” This belief was the foundation of Ned’s hatred of the law and led him to join Harry Power’s mob and then engage in bushranging. Declared as a convict and an outlaw by the police, Ned’s criminal offenses became more prominent over the years. His offenses included partnering in stealing horses and cattle, robbing banks, and assaulting police forces. However, his legacy of revolting against the establishment led some people to consider him as the “Robin Hood of Australia.” His stint with crime came to an end during an unsuccessful attempt to derail a special train carrying additional forces. He was captured, charged with various offenses, convicted of the murder of Constable Thomas Lonigan, and sentenced to death by hanging. He remains a legend who inspired the phrase “as game as Ned Kelly.” He is still one of the most popular subjects for biographies and documentaries made in Australia. Mel Ignatow
DID WE MISS SOMEONE?
CLICK HERE AND TELL US
WE'LL MAKE SURE
THEY'RE HERE A.S.A.P
Quick Facts

Australian People
Murderers
Australian Men
Male Murderers
Male Criminals
Childhood & Early Years
Ned was born in December 1854, in Beveridge, Victoria, into an Irish Catholic family. Ned Kelly was the third child of his parents. His father, John “Red” Kelly, was an Irish convict who was sentenced for stealing two pigs and then transported to Australia.
Red Kelly eventually moved to Victoria and started working at James Quinn's farm at Wallan, where he met and married James’s daughter, Ellen Quinn.
In 1864, the Kelly family moved to Avenel, where Ned attended school. As a young boy, Ned’s bravery in risking his life to save another boy from drowning was applauded, and the boy’s family rewarded Ned with a green silk sash. The color was symbolic of his Irish heritage.
Since an early age, Ned observed his family being targeted unfairly by the police, because of his father’s past and their family’s “selector” status. Thus, the seeds of antipathy and hostility toward the authorities were sown early in his life.
On December 27, 1866, Red Kelly died of dropsy in Avenel, leaving behind the 12-year-old Ned to support his mother and seven siblings.
Continue Reading Below
Career
Shortly after his father’s death, the family moved to Eleven Mile Creek, where Ned quit school and started doing odd jobs to earn for the family. However, the constant war between the big landowners and small “selectors,” such as the Kellys, led to biased accusations of theft and a total of 18 charges against the members of Kelly's immediate family.
In 1869, at the age of 14, Ned was arrested for assaulting a “Chinaman.” However, he was released from the Benalla lockup after 10 days, when the charge was dismissed by the magistrate.
The same year, Ned met Harry Power, a transported convict-turned-bushranger, who later became Ned’s mentor and guide. By May 1869, under Harry’s tutelage, Ned learned the tricks of the trade and mastered the art of bushranging.
His association with Harry led to Ned’s arrest in 1870, but he was released shortly due to lack of evidence.
In October 1870, an altercation with a hawker, Jeremiah McCormack, led to Ned assaulting McCormack. He was charged with six months of hard labor and was subsequently released on March 27, 1871.
Three weeks after his release, a horse-breaker arrived in town and then reported that his owner’s chestnut mare was missing. The mare was found by Ned’s brother-in-law, Alex Gunn, who then gave it to Ned. Ned was unaware of the stolen identity of the mare. He was subsequently intercepted by Constable Edward Hall. The charges were later downgraded and Ned and Gunn were sentenced to three years in prison for "feloniously receiving a horse."
In 1876, Ned joined his stepfather in a major horse stealing racket.
On April 15, 1878, Constable Alexander Fitzpatrick visited the Kellys to arrest Ned’s younger brother, Dan, who was accused of horse stealing. The events that followed are unclear, as both parties later narrated conflicting versions of the story. Ned and Dan went on the run, while their mother was sentenced to three years in prison for aiding in the attempted murder of Fitzpatrick.
The incident reinforced Ned’s animosity toward the system, and he, like many others, believed the charges against his mother were harsh and prejudiced.
Continue Reading Below
A reward of £100 was announced for Ned’s capture. Ned and Dan were later joined by friends Joe Byrne and Steve Hart, who helped them form the ‘Kelly Gang.’
On October 25, 1878, based on intelligence reports that claimed the gang was hiding in the Wombat Ranges, two police groups were dispatched, determined to kill the Kelly brothers at sight. The policemen were, however, unable to escape the clever and keen-eyed Ned, who surprised them while they were camping in the densely forested area of Stringybark Creek. A shoot-out followed, in which three policemen were killed.
Following the incident, the ‘Kelly Gang’ members were proclaimed as outlaws and the reward for their capture was raised to £500.
The gang robbed two major banks: the ‘National Bank’ in Euroa on December 10, 1878, and the ‘Bank of New South Wales’ in Jerilderie on February 8, 1879.
These raids brought the government and the bank authorities together, who then jointly issued a reward of £4,000 for the gang’s capture, either dead or alive.
However, as the gang remained elusive, the authorities harassed Kelly sympathizers and jailed Kelly’s friends and relatives without trial.
On June 26, 1880, Aaron Sherritt, a police informant and lifelong friend of Joe Byrne, was shot dead by the gang.
The gang rode to Glenrowan the following day and took possession of the town’s railway station and ‘Glenrowan Inn,’ detaining around 60 people in the hotel. Ned’s plan was to derail the two special trains carrying additional forces from Melbourne.
June 28, 1880 marked the end of the gang’s criminal activities. One of the hostages released by the gang informed the railway of the gang’s plan. The train halted before it reached the rail break and heavy gunfire ensued between the police and the gang.
The famous armor of the gang, made of metal plates, protected Ned’s head and body but left his legs exposed. Taking advantage of this, the police wounded Ned seriously and captured him. The other three members of the gang were killed by the police.
Personal Life & Legacy
Ned’s trial was held on October 28, 1880, and he was convicted of the murders and robberies and sentenced to death by hanging.
Despite petitions for mercy and demands for reprieve, Ned Kelly was hanged on November 11, 1880, at the age of 25, at the ‘Melbourne Gaol.’
It is believed that his last words were “Such is life.”
In 1906, he was the subject of the world’s first dramatic feature-length film, ‘The Story of the Kelly Gang,’ which was later added to a ‘United Nations’ heritage register.
Kelly's armor, which includes a helmet, a breastplate, a backplate, and shoulder plates, along with his ‘Snider Enfield’ rifle and one of his boots, are on display in the ‘State Library of Victoria.’
Recommended Lists:
Criminals #69

See the events in life of Ned Kelly in Chronological Order 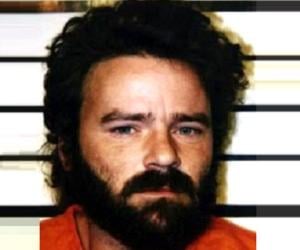