Advanced Search
Nauheed Cyrusi is an Indian actress, model, and VJ who shot to fame for her appearances in several popular music videos in the early 2000s, primarily 'Piya Basanti'. As a teenager, she appeared in commercials for brands such as Dhara Oil, Britannia Little Hearts biscuits, Ayurvedic Concepts (now known as Himalaya) and Head & Shoulders. She subsequently appeared on television shows like 'Hip Hip Hurray', 'Just Mohabbat', 'Fear Factor: Khatron Ke Khiladi' and 'Welcome - Baazi Mehmaan-Nawaazi Ki'. Her short filmography includes films such as 'Supari', 'Inteha', 'Lakeer', 'Anwar', 'Life Mein Kabhie Kabhiee', 'Bhootnath', 'Kurbaan', 'Ada... A Way of Life' and 'Jai Ho', most of which were box office failures. However, her performance in the 2006 English comedy 'Rockin' Meera' was appreciated. She appeared on 'India Fashion Week 2007' and the 'Allen Solly Fashion Show'. She served as the VJ for 'Dial M' on Zee Music. Marlene Knaus
DID WE MISS SOMEONE?
CLICK HERE AND TELL US
WE'LL MAKE SURE
THEY'RE HERE A.S.A.P
Quick Facts

Austrian People
British People
Indian People
Irish People
Video Jockeys
Austrian Women
British Women
Indian Women
Rise to Stardom
Nauheed Cyrusi, whose both parents were in the aviation industry, dreamed of pursuing a career as an air hostess following her graduation. She began modeling at the age of 14 by sheer chance after she accompanied a friend to an audition for a Dhara Oil commercial when she was in class eight. Incidentally, she was selected for the part, and soon after appeared in another commercial for Britannia Little Hearts biscuits, followed by two more commercials for Ayurvedic Concepts and Head & Shoulders, which helped her get noticed.
She was choosy about the incoming acting offers and mostly appeared on a couple television shows and in music videos. She played Meera on the Zee TV series 'Hip Hip Hurray' and had a guest appearance on Sony's 'Just Mohabbat'. She also appeared on the music videos for songs like 'Yuhi Chup Chup', 'Teri Chahat Mein', 'Kehna To Hai', 'Wo Ban Sanwar Kar', and many more. However, the turning point in her career came when she was cast to appear in the music video for the 2000 song 'Piya Basanti', sung by Ustad Sultan Khan and K. S. Chithra. The video, directed by Pradeep Sarkar and shot in Kothgad, near Shimla, made her popular nationally, often as the 'Piya Basanti girl'.
She made her film debut in 2003 after her 'Hip Hip Hurray' co-star Purab Kohli, then a Channel V VJ, suggested her name to director Padam Kumar for the film 'Supari', also starring Uday Chopra, Nandita Das, and Irrfan Khan. She soon signed two more Bollywood films: Vikram Bhatt's 'Inteha' starring Ashmit Patel and Vidya Malavade, and Ahmed Khan's 'Lakeer', with a star cast that included Sunny Deol, Suniel Shetty, John Abraham, and Sohail Khan.
Recommended Lists:

Irish Women
Libra Models
Female Models
Indian Models
Continue Reading Below
Career
Nauheed Cyrusi, who had quickly become the heartthrob of a generation appearing in popular music videos, was not as lucky on the big screen because most of her early films were not commercially successful. She ventured to the south to star opposite Tarun Kumar in the Telugu film 'Sakhia' (2004), which also failed miserably. She appeared in several films in 2007, including 'Anwar', which was favorably received and had the beautiful song 'Maula Mere Maula' picturized on her, as well as 'Life Mein Kabhie Kabhiee' and 'Aggar', which again failed at the box office.
She starred alongside Amitabh Bachchan and Juhi Chawla in the 2008 horror comedy 'Bhoothnath'. In 2009, she had a supporting role in the Karan Johar film 'Kurbaan', starring Saif Ali Khan and Kareena Kapoor in the lead roles, and was amongst the top five competitors on the second season of the stunt reality show 'Fear Factor: Khatron Ke Khiladi'. She has since then appeared in films like 'Ada... A Way of Life', 'Shirin Farhad Ki Toh Nikal Padi' and 'Jai Ho'.
Recommended Lists:

Briton Models
Libra Actresses
Irish Actresses
Austrian Models
Family & Personal Life
Nauheed Cyrusi was born on October 19, 1982, into a Parsee Zorastrian family in Mumbai, Maharashtra, India. She lived near Poddar College, South Mumbai with her parents, a sister, and a dog named Satch. She and her sister had a strict upbringing, and she was grounded a "million times" for "coming late or doing stupid things", even though she was often excused shortly after. She attended The J.B. Vachha High School in Dadar Parsi Colony in Mumbai, where she was extremely good at academics and took part in elocution contests. She later pursued a Bachelor of Commerce degree at Jaihind College.
Nauheed Cyrusi and her future husband Rustom grew up in the same colony and were badminton buddies. They were drawn to each other since their first meeting, and after dating for three years, decided to tie the knot in a traditional Parsee ceremony at the historic Seth Jeejeebhoy Dadabhoy Agiary in Colaba on January 5, 2017. The low-key private affair was attended by some of her close friends from Bollywood, including Vatsal Seth, Sohail Khan, Mehul Nisar and Rushad Rana.
Recommended Lists: 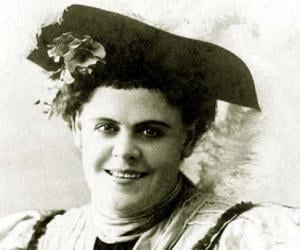 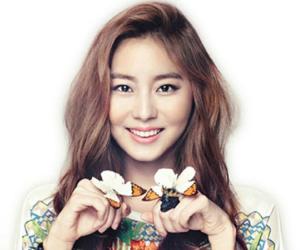 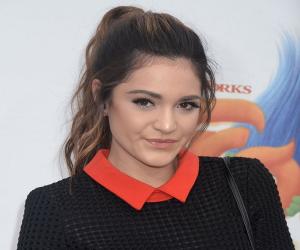