Elisabeth Bergner was an internationally reputed film and stage actress who shot to fame with her title role in Max Reinhardt’s production of George Bernard Shaw’s ‘Saint Joan’ in Berlin. Beginning her acting career in Zurich and then moving on to Berlin, this wistful and fragile beauty made quite a name over the next decade performing on stage as well on-screen that include films directed by her would-be-husband Paul Czinner. Her stage enactment as Rosalind in ‘As You Like It’ that she performed in a record 566 consecutive shows not only brought her accolades from theatregoers but also earned her kudos from the critics. While she reached pinnacle of success with films like ‘Der träumende Mund’ and ‘Ariane’ in the early 1930s, her Jewish background forced her to leave Germany in 1933 following the rise of Hitler and the Nazis. She moved to England where her stage debut in ‘Escape Me Never’ as Gemma Jones received accolades from the audience that saw her recreating the role in its film version, which eventually earned her an Academy Award nomination for ‘Best Actress’. The appeal of this blonde beauty combined with a female desire for liberation made her rule over hearts both as screen as well as stage idol in the midst of interwar Europe. Some of her notable films include ‘Paris Calling’, ‘Der Fußgänger’, ‘Catherine the Great’ and ‘As You Like It’. She received ‘Cross of Merit for Science and Art’ in 1980 and ‘Eleonora Duse Prize Asolo’ in 1982. Bibi Besch
Actresses #7826
Film & Theater Personalities #20116
DID WE MISS SOMEONE?
CLICK HERE AND TELL US
WE'LL MAKE SURE
THEY'RE HERE A.S.A.P
Quick Facts

Austrian Celebrities
British Celebrities
British Women
Leo Actresses
British Actresses
Austrian Actresses
Childhood & Early Life
She was born on August 22, 1897, in Drohobych, Austro-Hungarian Empire, to Emil Ettel and his wife Anna Rosa (née Wagner). Her father was a merchant.
She was raised in Vienna along with her elder sister Theodora (Lola) and her younger brother Friedrich.
At first she attended a private acting school in 1911 and thereafter she attended the Academy for Music and the Performing Arts from 1912 to 1915.
Continue Reading Below
You May Like

The Sexiest Men Of 2020, Ranked
Career
She was introduced to the young poet Albert Ehrenstein by one of her friends and it was through Ehrenstein that she got her first theatre work in Innsbruck that saw her marking her debut in stage acting in October 1915. Soon she landed up with a major part in Ibsen’s ‘A Doll’s House’.
Ehrenstein who was called Xaverl by Bergner fell in love with her and wrote several poems for her. Although once she promised him a child, Bergner later changed her decision and often maintained distance from him. However their friendship continued.
She relocated to Zurich in 1916 and performed roles like Annchen in Max Halber’s ‘Jugend’ and Ophelia in Alexander Moissi’s ‘Hamlet’ in the famous ‘Stadttheater’. The famous Albanian stage actor Alexander Moissi also fell in love with her ardently but she did not reciprocate.
Moving on with her career she went to Vienna where she had a stint as a model of the gifted but depressed expressionist sculpture Wilhelm Lehmbruck, who fell in love with her but met with rejection. Lehmbruck soon took his own life which shocked Bergner.
The theatre audience were enchanted with the series of excellent performances of Bergner starting with the first of her androgynous trouser roles as Rosalind in ‘As You Like It’, which gave her much recognition. Her other notable performances that followed were as Elfie in ‘Schloss Wetterstein’, Cassandra in ‘The Trojan Women’ and Lulu in ‘Erdgeist’.
While the ‘First World War’ was in full swing, she got acquainted with the leaders of ‘Dada’ movement in Zurich and also came in close association of other imminent personalities like Jewish German poet and playwright Else Lasker-Schüler, German playwright Benjamin Wedekind and Austrian-Bohemian novelist, playwright, and poet Franz Viktor Werfel.
After returning to Vienna in 1918 she joined Austrian Communist Party.
In 1919 during Hungarian revolution under the leadership of Béla Kun, Bergner acted as a messenger between Kun and other leaders of the party. Simultaneously she carried on with stage performances that included Arnold Zweig’s ‘Die Sendung Semaels’ and August Strindberg’s ‘Miss Julie’.
She was brought to Munich by German theatre director, manager and writer Otto Falckenberg in 1920. After receiving plaudits from critics for her performance in Hugo von Hofmannsthal’s ‘Der Schwierige’ in 1921 followed by her guest appearance in Berlin, she relocated to the country’s capital.
Continue Reading Below
Her performances in the productions of renowned theatre director Max Reinhardt gave her immense popularity in Berlin. Added to that was success of her record 566 consecutive performances reprising the role of Rosalind in ‘As You Like It’ at the ‘Lessing Theater’ under Victor Barnowsky.
After making her mark on stage she endeavoured into films making her debut in Danish film director Holger-Madsen’s film ‘Der Evangelimann’ in 1924. Same year she performed in Hungarian Jewish writer, producer and film director Paul Czinner’s film ‘Husbands or Lovers’ that marked the inception of a successful professional collaboration between the duo as also a personal relationship that eventually culminated into marriage.
Following the rise of Nazis in Germany she immigrated to Vienna and then to London with Czinner.
Over the decades Czinner directed a series of her films that include ‘The Fiddler of Florence’ (1926), ‘Miss Else’ (1929), ‘Dreaming Lips’ (1932 and 1937), ‘Catherine the Great’ (1934), ‘Escape Me Never’ (1935), and ‘As You Like It’ (1936) among others. Of these ‘Miss Else’ remained her most successful silent movie; and ‘Escape Me Never’ garnered huge success in New York and London fetching her ‘Academy Award for Best Actress’ nomination.
The film ‘As You Like It’ where she reprised her role of Rosalind from the play of same title, remained the first ever sound film adapted from a Shakespearean play that was filmed in England.
Her film ‘Catherine the Great’ faced ban in Germany as the Nazis were infuriated by her activities that included encouraging many reputed actors to leave Germany and aiding them financially in that pursuit. The Nazis staged a public riot during screening of the film in Berlin and went on to ban all her films as also initiated a crusade against artists of Jewish background.
Her only Hollywood movie the Edwin L. Marin directed American war film ‘Paris Calling’ released in 1941 could not garner much success.
She continued her stage performances with plays like J.M. Barrie’s ‘The Boy David’ (1936), Margaret Kennedy’s ‘Escape Me Never’ and John Webster's ‘The Duchess of Malfi’ (1946). Her last stage performance was in Istvan Örkeny’s ‘Catsplay’ in 1973.
In 1954 she briefly returned to Germany and performed on stage and in films.
The Maximilian Schell directed 1974 film ‘Der Fußgänger’ (English title – ‘The Pedestrian) that won the ‘Golden Globe Award’ for Best Foreign Language Film and bagged an ‘Academy Award’ nomination saw her performing as Frau Lilienthal.
In 1978 she published her memoirs ‘Bewundert viel und viel gescholten’ subtitled ‘Elisabeth Bergners unordentliche Erinnerungen’ that received positive reviews.
Personal Life & Legacy
In 1933 she got married to film director Paul Czinner in London. The couple became British citizens in 1938.
In 1939 before the September 1 attack by Germany on Poland, her mother and Theodora joined her in London. While staying in London she financially aided many relatives and friends.
On May 12, 1986, she died in her London residence after suffering from cancer. Her cremation was performed on May 15, 1986, at ‘Golders Green Crematorium’ and her ashes were interred in West Cloister.
Trivia
A city park in Steglitz-Zehlendorf is named after her.
You May Like

See the events in life of Elisabeth Bergner in Chronological Order 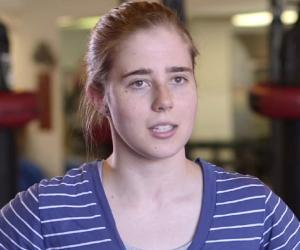