Advanced Search
Jeanne Crain was an American actress who brought a whiff of fresh air into the studios of ‘20th Century Fox’ with her natural beauty and charm. She worked in twenty–three films with Fox and many more with others totaling sixty-four. She was a pretty brunette with an aura of modesty that appealed to all those who came into contact with her. She was a typical ‘20th Century Fox’ girl which had a small roster of stars in comparison to other major studios. Jeanne was kept busy by Fox and made at an average two bright and breezy films per year for them. Sometimes she was perceived by Fox as lacking in sufficient gravity for serious roles which led to her being passed over in favor of other stars like Susan Hayward and Jean Simmons. In spite of this she starred in some of the biggest hits during the 1940s and the 1950s. Her appeal made servicemen remember their sisters or high-school sweethearts. She was just behind June Allyson in popularity and won an Oscar nomination for the film ‘Pinky’. She was a down-to-earth woman in real life who had to take frequent time-offs from her acting schedules to look after her seven children. American Celebrities
California Actresses
Gemini Actresses
American Actresses
Women Film & Theater Personalities
Childhood & Early Life
Jeanne Crain was born on May 25, 1925 Elizabeth Jeanne Crain in Barstow, California, a small town in the Mojave Desert.
She grew up in Los Angeles where the family had moved after her birth.
Her father was an Irish high-school teacher named George A. Crain who later became the head of the English department of the ‘Inglewood High School’ in Los Angeles. Her mother was Loretta Carr. She had a younger sister named Rita Marie who was born in January, 1927.
Her initial schooling was at ‘Inglewood High School’ in Los Angeles.
She studied acting at the ‘University of California, Los Angeles’ and then at the ‘St. Mary’s Academy’.
She was still in high school when Orson Welles tested her for the role of ‘Lucy’ in ‘The Magnificent Ambersons’.
She signed a contract with ‘20th Century Fox’ when she was only 18.
Continue Reading Below
Career
Jeanne Crain made her Hollywood debut with an uncredited film ‘The Gang’s All Here’ in 1943.
In 1944 she started getting noticed for her roles in ‘Home in Indiana’, ‘The Winged Victory’ and ‘In the Meantime, Darling’.
In 1945 she got greater success in a musical titled ‘State Fair’ with original scores from Rodgers and Hammerstein. She sang ‘It Might as Well Be Spring’ and other songs in the film which were dubbed by Louanne Hogan.
The classic melodrama ‘Leave Her to Heaven’ in 1946, was another of her hits where she portrayed the role of a ‘good girl’ against the evil scheming of ‘Gene Tierney’.
In 1946 she appeared in the Jerome Kern musical ‘Centennial Summer’ where her voice was again dubbed by Louanne Hogan, She also acted also in ‘Margie’.
She acted as the pregnant wife of an ex-GI played by William Holden in the film ‘Apartment for Peggy’ in 1948 in which she delivered a great performance. The same year, she also acted in 'You Were Meant for Me’.
In 1949 she acted in ‘Pinky’ directed by Eliza Kazan as a black woman with a skin light enough to be passed for a white woman. She won an Oscar ‘Best Actress’ nomination for her performance in the film.
In 1949 she acted in other films such as ‘The Fan’ and ‘A Letter to Three Wives’. The latter brought Jeanne more fame as an accomplished actress and a leading lady.
Her other notable films with Fox were the comedies ‘Cheaper by the Dozen’ made in 1950 and its sequel ‘Belles on Their Toes’ made in 1952 in which she played the role of the eldest daughter of a very large family; ‘I’ll Get By’ in 1950, ‘Take Care of my Little Girl’ and ‘People Will Talk’ in 1951 opposite Cary Grant and directed by Mankiewicz, and ‘The Model and the Marriage Broker’ in 1951 directed by George Cukor in which she acted with character actress Thelma Ritter.
Continue Reading Below
She also worked for radio from 1951 to 1953
She also featured in films like ‘O. Henry’s Full House’ in 1952 and ‘City of Bad Men’ in 1953.
Crain’s final films before leaving Fox were ‘Vicki’ in 1953 which was a remake of the mystery ‘I Wake Up Screaming’ first made in 1941.
She also starred in ‘Dangerous Crossing’ in 1953 and ‘Duel in The Jungle’ in 1954.
After leaving Fox she followed up with a couple of musicals ‘The Second Greatest Sex’ for ‘Universal Studios’ and ‘Gentlemen Marry Brunettes’ for ‘United Artists’ in 1955 and two westerns ‘Man Without a Star’ for ‘Universal Studios’ in 1955 opposite Kirk Douglas and ‘The Fastest Gun Alive’ for ‘MGM’ in 1956 opposite Glen Ford.
In 1957 she made ‘The Tattered Dress’ and the biopic ‘The Joker Is Wild’ for MGM where she played the role of one of the women in the life of singer and comedian Joe E. Lewis played by Frank Sinatra.
After this she acted in the films ‘Guns of Timberland’ in 1960, ‘Twenty Plus Two’ in 1961, ‘Madison Avenue’ in 1962, ‘Queen of the Nile’ in 1964, ‘Invasion 1700’ in 1965 and ‘Hot Rods to Hell’ in 1967.
She spent her later career doing films for the television such as the ‘Playhouse 90’ ‘The Great Gatsby’ where she played the role of ‘Daisy Buchanan’.
She also appeared in various series and also a couple of minor epic films made in Europe.
Continue Reading Below
After retirement she lived on her ranch in Santa Barbara.
Awards & Achievements
Jeanne Crain won the ‘Miss Long Beach’ title in the ‘Miss California’ beauty pageant in 1941 and became a runner-up during the ‘Miss America’ finals.
In 1941 she won the ‘Interscholastic Shakespearean Contest’ held at the ‘Occidental College’.
She was named ‘Camera Girl of 1942’ and her pictures were published on the covers of magazines such as ‘Coronet’, ‘Ladies Home Journal’ and ‘True Romance’ in 1942.
She won an Oscar nomination for the ‘Best Actress’ for her role in ‘Pinky’ in 1949.
Personal Life & Legacy
She married Paul Brinkman, a businessman and former actor, on December 31, 1945. They filed for divorce in early 1956 but were reconciled in December 1956.
She had seven children, four sons and three daughters - Paul Fredrick, Michael Anthony, Timothy Peter, Jeanie Cherie, Lisabett A., Maria J. and Christopher.
Jeanne Crain died of a heart attack on December 14, 2003, in Santa Barbara, California.
Trivia
Although frequently cast in musicals, Jeanne Crain wasn’t a singer and had to depend on Louanne Hogan for dubbing her songs.
She was a Republican and voted against John F. Kennedy in 1960.
She loved ice-skating and was an expert at the sport.

See the events in life of Jeanne Crain in Chronological Order 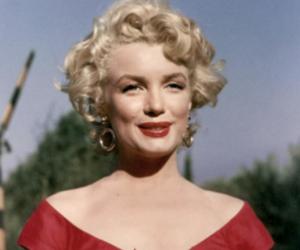