Linda Hamilton is an American actress best known for her performance as ‘Sarah Connor’ in ‘The Terminator’ and its sequel ‘Terminator 2: Judgment Day.’ She is also known for playing the character of ‘Catherine Chandler’ in the television series ‘Beauty and the Beast.’ Thanks to her husky voice, she often plays strong characters; characters that are subjected to great difficulties and misfortunes before emerging victorious. She is considered one of the first female action heroes of Hollywood and has earned the title ‘Body of the Nineties,’ thanks to her toned physique. Born in a regular Anglo-Saxon family in Salisbury, Maryland, she grew up to study acting in New York City and attended workshops led by director Lee Strasberg. She began her career as an actress in television and eventually moved on to films. Her major breakthrough came in 1984 when she played the role of ‘Sarah Connor’ in ‘The Terminator.’ She then went on to play several roles in television series and television films. In a talk show interview, she admitted to having suffered from Bipolar Disorder which led to her divorce with first husband Bruce Abbot. She later married director James Cameron, but her second marriage was also unsuccessful.
Continue Reading Below 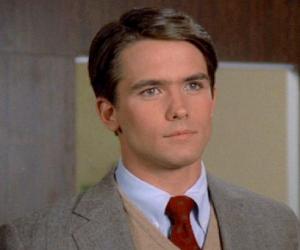 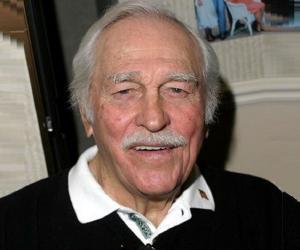 American People
American Film & Theater Personalities
American Female Film & Theater Personalities
Libra Women
Childhood & Early Life
Linda Hamilton was born on 26 September 1956, in Salisbury, Maryland, USA. Her father Carroll Stanford Hamilton was a doctor. He died when she was only five years old. Soon after, her mother married a police officer.
She has an identical twin sister named Leslie Hamilton. She also has an older sister and a younger brother.
Growing up, she studied at ‘Wicomico Junior High School’ in Salisbury. Later, she attended ‘Washington College’ in Chestertown, Maryland for a couple of years.
She then moved to New York City to study acting and attended workshops led by Lee Strasberg.
Continue Reading Below
You May Like

The Sexiest Men Of 2020, Ranked
Career
Linda Hamilton began her career as a television actress and eventually moved on to films. Following some initial minor roles, she landed a significant role in CBS’s night time soap opera ‘Secrets of Midland Heights’ which was aired from December 1980 to January 1981.
In 1982, she made her film debut with the thriller ‘TAG: The Assassination Game.’ She also appeared in the CBS tele-film ‘Country Gold.’
In 1984, she played the lead role in the American horror film ‘Children of the Corn.’ Although slammed by the critics, the film made huge profits at the box office.
The same year, she also appeared alongside Michael Biehn in ‘The Terminator’ (1984), which turned out to be the most important role of her career. The film was critically acclaimed and became a huge box office success.
In 1986, she appeared with Tommy Lee Jones in the action film ‘Black Moon Rising.’ Soon after, she made a guest-star appearance in the crime drama television series ‘Murder, She Wrote.’
Next, she played another significant role in the fantasy-drama television series ‘Beauty and the Beast’ (1987), starring opposite Ron Perlman. Her performance in the series earned her ‘Emmy’ and ‘Golden Globe’ nominations. She continued playing the role till 1989. The following year, she appeared in the fantasy comedy film ‘Mr. Destiny.’
In 1991, she starred in the ‘Terminator’ sequel, ‘Terminator 2: Judgment Day’ which turned out to be a huge commercial success. For her role in the film, she did intense physical exercises to highlight her character's evolution. Her identical twin Leslie played her body double.
After ‘Terminator 2,’ she reprised her character as ‘Sarah Connor’ for the theme park version ‘T2 3-D.’ She also hosted ‘Saturday Night Live’ while basking in the success of the ‘Terminator’ film series.
Linda Hamilton’s next significant role was in the film ‘A Mother's Prayer’ (1995). In the film, she portrayed the role of a woman diagnosed with AIDS who must make arrangements for the well-being of her only child. Her performance earned her a ‘Golden Globe’ nomination.
Continue Reading Below
In 1997, she appeared in two films, namely ‘Shadow Conspiracy’ and ‘Dante's Peak.’ Though the former was a box office failure, ‘Dante’s Peak,’ which starred Pierce Brosnan, was a huge commercial success.
Thereafter, she starred in various television shows like ‘Frasier’ and tele-films like ‘On the Line’ and ‘Robots Rising.’ She also co-starred with Ron Perlman in the drama ‘Missing in America’ (2005) which premiered at the ‘Seattle International Film Festival’ in May that year.
In 2009, she voiced ‘Sarah Connor’ in the science fiction war film ‘Terminator Salvation’; Sarah’s voice is heard only from tapes in the film.
The following year, she appeared frequently as ‘Mary Elizabeth Bartowski’ in the action-comedy/spy-drama television series ‘Chuck.’ She also did a cameo role in Showtime’s dark comedy drama series ‘Weeds.’
In 2011, she narrated a horror documentary titled ‘The Future of Fear’ for ‘Chiller’ channel. She also played prominent cameo roles in the Canadian supernatural drama television series ‘Lost Girl’ and in the American science fiction western drama television series ‘Defiance.’
She reprised her role as ‘Sarah Connor’ in ‘Terminator: Dark Fate’ (2019). She also voiced the character in a video game titled ‘Gears 5’ in 2019.
Major Works
Linda Hamilton's major breakthrough came in 1984 when she played the character of ‘Sarah Connor’ opposite Arnold Schwarzenegger in ‘The Terminator.’ Apart from becoming a huge commercial and critical hit, the film also established Linda as a female action hero.
In 1991, she reprised her role as ‘Sarah Connor’ in the film’s sequel, ‘Terminator 2: Judgment Day.’ She did extreme physical exercises for her role in the film. Her toned physique earned her the title ‘Body of the Nineties.’
Awards & Achievements
Linda Hamilton was named as one of the 12 ‘Promising New Actors of 1982’ in John Willis' Screen World, Vol. 34.
Continue Reading Below
In 1990, ‘People’ magazine named her as one of the ‘50 Most Beautiful People in the world.’
She received two ‘MTV Movie Awards’—‘Best Female Performance’ and ‘Most Desirable Female’—for her performance in the film ‘Terminator 2: Judgment Day’ in 1992.
Her performance in the television film ‘A Mother’s Prayer’ (1995) won her a ‘CableACE Award’ for best dramatic performance. It also helped her earn a ‘Golden Globe’ nomination in 1996.
For her performance in ‘Dante's Peak,’ she received the ‘Blockbuster Entertainment Award’ for ‘Favorite Actress—Action/Adventure’ in 1998.
She won the ‘Golden Satellite Best Performance by an Actress in a Miniseries or a Motion Picture Award’ in 2000 for ‘The Colour of Courage.’
She won the ‘DVD Exclusive - Video Premiere Best Supporting Actress Award’ in 2001 for ‘Skeletons in the Closet
Personal Life & Legacy
Linda Hamilton was married twice. First, she married Bruce Abbott in 1982. The couple separated in 1989 while she was pregnant with their son Dalton. In 1991, she started living together with film director James Cameron. Their daughter Josephine was born in 1993. The couple married in 1997, but within two years, the marriage ended in a $50 million divorce settlement.
In October 2005 on ‘Larry King Live,’ she admitted to having suffered from bipolar disorder, which she claimed was responsible for her failed marriage with Abbott.
During the shooting of ‘Terminator 2: Judgment Day,’ she fired a gun inside an elevator without using her ear plugs and suffered permanent ear damage.

See the events in life of Linda Hamilton in Chronological Order 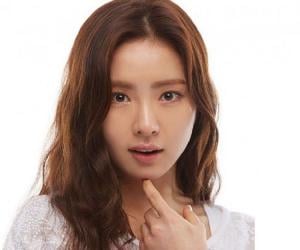 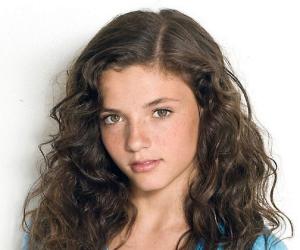