Mario de Andrade was a Brazilian poet, novelist, critic and photographer. A powerful love for his country and strong scholarly talents define Mario Andrade's contributions to the landscape of Brazil's twentieth-century literary scene. A passionate poet, he brought modernism to poetry in Brazil. His essays encompassed several genres - literature, music, art history. In addition to being a writer, he was an outstanding photographer as well. His novels explored the themes of Brazilian folk culture. Always intrigued by the influence of folklore and music, his essays emphasized the role of these within the broad spectrum of the modernist nationalism. His deep knowledge and understanding of musicology, not just music, became the reference for composers and students of music of his time. He was the first scholar of music to bring the perspectives of ethnomusicology - the study of music in its totality and in the contexts of its social, cultural, cognitive, material and other aspects - to the country. He introduced colloquialism to literary works, moving away from the high-brow and formal Portuguese writing, making him the Renaissance man, or Polymath, in Brazil. He devoted himself to thorough research in many fields of art and music and published several essays that continue to influence and inspire the intellectuals, scholars, artists and writers of today.
Continue Reading Below 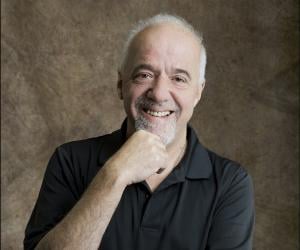 Brazilian Celebrities
Brazilian Men
Male Poets
Libra Poets
Libra Writers
Childhood & Early Life
Mário Raul de Morais Andrade was born on October 9, 1893 in Sao Paulo, Brazil, to Carlos Augusto de Moraes Andrade and his wife, Maria Luisa Leite Moraes Andrade. He had a younger brother, Renato, who died in a tragic accident at the young age of 14.
Possessing prodigal talents in piano, he studied at the Music and Drama Conservatory in Sao Paulo, spoke fluent French and was passionate in the study of art, history and poetry.
His brother's sudden and accidental death in 1913 on a football field compelled him to return to his family's home in Araraquara.
He became an accomplished pianist with a degree, graduating in 1917, yet chose to study music theory and singing, hoping to pursue a career as a professor of music.
He had developed a tremor of the hand, which interfered somewhat with playing the piano. He began to immerse himself in writing and was on the path to publishing his first set of verses.
Continue Reading Below
You May Like

The Hottest Male Celebrities With The Best Abs
Career
He began his literary journey with his first publication in 1917 under the pseudonym, ‘Mario Sobral’. Conforming to the conventional poetic scheme and symbolism, this early work was to be followed by increasing originality of his poetic spirit.
Greatly influenced by the French and the Symbolist movement, he began to experiment with themes of modernism. Liturgical invocation ran through his poetry, earning him the name "Pope of Brazilian Modernism", particularly in the early phases. He was part of a ‘Group of Five’ artists and writers during the 1920s.
Imbued with a sense of Brazilian spirit and heritage, he traveled extensively through the land. In 1927, he began to write a regular travelogue called "The Apprentice Tourist", which took the reader into the heartland of the nation - its folklore, culture and inhabitants, along with stunning photographic images.
Following the Revolution of 1930, the political scenario was changing in Brazil and Andrade had to alter his career course. He was Chair of Music and Aesthetics at the Conservatory in Sao Paulo and began to devote himself to research to write his textbooks. With his remarkable understanding of musical elements and of the country, he became an ethnomusicologist and worked intensively on the theory of music.
Political disturbances in the ensuing years led him to Rio de Janeiro from 1938-1941, where he took up a position at the Federal University of Rio de Janeiro, returning to Sao Paulo to resume work on his collection of poems.
Major Works
His first modernist book of poems was entitled ‘Pauliceia Desvairada’ and published in 1922. He is said to have been inspired to write this after he saw a sculpture of Christ as a Brazilian with braids and found himself in a state of delirium. Using free verse and colloquial expressions, he introduced the Avante-Garde movement of poetry in Brazil which spread to other parts of Latin America.
In 1928, his novel about a hero without a character - Macunaima - was published, which highlights two languages - Brazilian and Portuguese, mixing the different dialects within the magical realism he created in this story. Containing textures of urban and rural, it combines prose with poetic rhythms - fantasy and mythical elements pervade the book, yet it is grounded in realism. It is a novel of conflict and complexity, of a clash of cultures, depicted explosively and ending in destruction.
Awards & Achievements
It was the Modern Art Week in February, 1922 in Sao Paulo that marked the true opening of the Modernism chapter in Brazil's literary world, and was organized by Mario de Andrade and painter, Emiliano Di Cavalcanti. He lectured on Brazilian folk music and modernism in literature, formally introducing his own collection of poems.
Over his lifetime as a writer, musician, and scholar, he was committed to understanding and developing theories that reflected the interior and exterior of his native Brazil through its Afro-Brazilian, Amerindian and multicultural veins.
Personal Life & Legacy
While there is no evidence to suggest Andrade was openly homosexual, there have been references to it by colleagues and friends.
He had a troubled relationship with the Vargas regime of Brazil at the time of his death in Sao Paulo, which occurred unexpectedly due to a heart attack at the age of 52.
He died at his home in São Paulo following a heart attack on February 25, 1945.
His enormous contribution to the world of literature and the poetic movement was honored by the municipal library of Sao Paulo which was renamed as ‘Biblioteca Mario de Andrade’ in 1960.
Trivia
Andrade's main character in Macunaima, his bold and outrageous book, is believed to have possessed some of his own characteristics. He was fiercely protective of his private life.
Recommended Lists:
Photographers #304
You May Like