Morena Baccarin is a Brazilian-American actress best known for her work in the Emmy award winning thriller series Homeland and the superhero film Deadpool and its sequel Deadpool 2. Before this, she rose to fame with sci-fi television series Firefly and Stargate SG-1 and their film adaptations Serenity and Stargate: The Ark of Truth. Her work in another science fiction show V further increased her fan base. Her other notable credits include the crime series, Gotham, the political series, Good Wife, the action-comedy, Ode to Joy, and an apocalyptic thriller, Greenland.  Baccarin has also lent her voice to many films and television shows including animated series Justice League Unlimited and Batman: The Brave and the Bold and animated film Batman: Bad Blood. Films and television aside, she has also appeared on several theatrical productions like The Seagull in the Hamptons and Our House. Morena Baccarin’s screen career began with the comedy film, Perfume, in 2001 followed by a drama film Way Off Broadway (main role) the same year. In 2002, she appeared in another comedy drama film Roger Dodger and made her television debut too with Joss Whedon’s critically acclaimed sci-fi adventure drama series Firefly. It was later adapted for big screen as Serenity; In the movie, released in 2005, Baccarin reprised her role.

In 2006-2007, she portrayed the adult version of the alluring but deadly villain Adria in the tenth season of sci-fi adventure television series Stargate SG-1. The following year, she reprised her role in the sequel, the direct-to-video film Stargate: The Ark of Truth. Between 2009 and 2011, she essayed the role of the manipulative alien Visitor Queen Anna in yet another sci-fi series V.

In 2011, she landed her breakout role in the Emmy Award-winning drama series,Homeland. Her portrayal of Jessica Brody, the conflicted wife of the former POW, earned her critical appreciation as well as an Emmy nomination in supporting actress category in 2013. A couple of years later, she bagged a recurring role in the Fox action, crime drama series Gotham. From second season onwards to the final fifth season (2019), her character Dr.Leslie Thompkinsbecame a series regular. In 2015 again, she was cast as Karen walker in an action-comedy film Spy.

The year 2016 saw her picking up the role of Vanessa Carlysle in the hit superhero film Deadpool which once again got her nominated at various award functions. She reprised her role in the 2018 sequel of the film. She next starred in a documentary film Framing John DeLorean, a romantic comedy film Ode to Joy (both 2019) and an apocalyptic thriller Greenland (2020).

Her television work during this period include a television movie Look Again (2011), a two part miniseries The Red Tent (2014) and a guest role in drama series The Mentalist (2011–14). Apart from these, she also acted in a couple of episodes of legal and political drama series The Good Wife (2012–13) and a Netflix black comedy series A Series of Unfortunate Events (2019).

In 2019, she made her Brazilian television debut with a guest role in the fourth season of Sessão de Terapia (Therapy Session).

Her other theatre credits include Emily Mann’s The Seagull in the Hamptons.

Morena Baccarin was born on June 2, 1979, in Rio de Janeiro, Brazil. Her mother, Vera Setta, was a Brazialian film and theatre actress while her father, Fernando Baccarin, is a journalist. When she was seven, her father’s work transfer brought the family to Greenwich Village, New York. Growing up, she attended Public School 41 and New York City Lab School for Collaborative Studies for her education.

Thereafter, she enrolled herself at Fiorello H. LaGuardia High School of Music & Art and Performing Arts. After graduating from there, she joined the renowned Juilliard School of performing Arts from where she obtained a degree in BFA. There, she was a part of several theatrical productions including Mary Stuart, The Importance of Being Earnest and Love’s Labours Lost.

She has been married twice. Her first marriage, in 2011, was with American film producer and director Austin Chick with whom she has one son Julius Chick (born 2013). The two divorced in 2016. She then wedded actor, writer and director Ben McKenzie in 2016. Together, the couple has a daughter Frances Laiz (born 2016) and a son Arthur (born 2021). 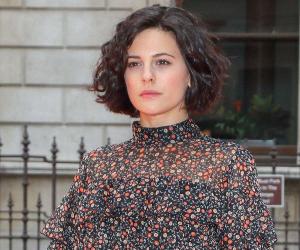 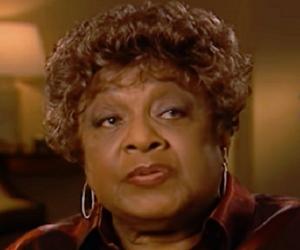