Michael Saul Dell is an American business magnate who founded Dell Inc., which is a world leader in the sales of personal computers (PCs). Currently he serves as the CEO of the organization which he had founded as Dell Computer Corporation more than three decades ago. One of the richest people in the world, he has billions invested in other companies as well. Born as the son of a stockbroker, he grew up listening to his parents discuss business and economic affairs. An intelligent young boy, he developed an interest in business at an early age and made a small fortune from selling his stamp collection as a young teenager. He took up a variety of part-time jobs and invested his earnings in stocks and precious metals. Blessed with innate curiosity and love for technology, he got his first computer at 15 and quickly disassembled it to see how it worked. As a high school student he sold subscriptions to the ‘Houston Post’ and made $18,000 within a year. In college, he came up with the idea of selling personal computers and dropped out to pursue this ambition. He proved to be a very successful businessman and over the following years Dell Inc. grew to become one of the world’s leading sellers of personal computers.
Continue Reading Below 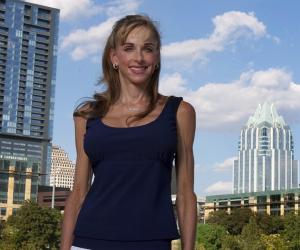 American People
Pisces Entrepreneurs
American Entrepreneurs
Pisces Men
Childhood & Early Life
Michael Dell was born on 23 February 1965 in Houston to a Jewish family. His father, Alexander Dell, was an orthodontist while his mother Lorraine Charlotte (née Langfan), was a stockbroker.
He received his primary education from Herod Elementary School in Houston. He was a bright young boy who learned several aspects of financial affairs from his stockbroker mother and developed an early interest in business.
He loved earning money and took up a variety of odd jobs as a teenager. He also sold his stamp collection for $2000 which was a huge sum for a young boy. Unusually mature and enterprising for his age, he invested his earnings in stocks and precious metals.
During his teenage years he was drawn towards technology and got his first computer when he was 15. He disassembled it to study the components and see how it worked.
While studying at Memorial High School in Houston, he started selling subscriptions to the ‘Houston Post’ in the summer holidays. He realized that the method of making cold calls was not much effective and devised a new marketing plan which proved to be more successful. Within a year he earned $18,000, which was higher than what some of his school teachers earned in a year.
Michael Dell knew from a young age that he wanted to be an entrepreneur. However, his parents wanted him to become a physician and thus he enrolled at the University of Texas at Austin, in 1983.
Even as a pre-med student he did not give up on his entrepreneurial dreams. He started an informal business from his residential room, assembling and selling upgrade kits for personal computers. His business performed very well and before long he decided to drop out in order to devote more time to his business.
Continue Reading Below
You May Like

The Hottest Male Celebrities With The Best Abs
Career
Michael Dell registered his company as “PC’s Limited” in January 1984. In May 1984, he changed the name of the company to Dell Computer Corporation. By now his business had grown to include a few employees to take and fill orders and upgrade basic machines.
Dell emphasized on customer focus and made quality products and excellent customer service his priorities. His convictions paid off and the company’s sales grew manifold in the months to come. By 1985, the company also began to design and build computers with purchased components.
In 1986, Dell introduced a 12-megahertz 286 processor—the fastest personal computer at that time. The price of this product compared favorably with a competing computer by IBM, and it became a huge success. The product gained excellent performance reviews and the company’s sales surged to $60 million that year.
The company’s profits skyrocketed over the next few years and by 1992, the company was ranked in Fortune magazine's list of the top 500 corporations. Dell, aged just 27 at that time was the CEO of one of the most successful companies in the world.
During the 1990s, Dell realized the need to have an online presence and launched www.dell.com in 1994. Online pricing was introduced in 1995 and by 1996 the company was making online sales. Soon the internet sales reached about $1 million per day which rose to $50 million per day in 2000.
Dell launched its first servers in 1996 and storage products in 1998. In 1998, he also founded the MSD Capital L.P. to manage his family's investment activities which include publicly traded securities, private equity activities, and real estate.
Michael Dell stepped down as CEO of the company in 2004 though he retained his position as chairman. He returned as CEO in 2007 at the request of the board.
He came under considerable scrutiny in 2010 when Dell Inc. agreed to pay a $100 million penalty to settle charges of accounting fraud that had been filed by the Security and Exchange Commission in relation to undisclosed payments from Intel Corporation.
Major Works
He is the founder of the computer technology company, Dell Inc., which is one of the largest technological corporations in the world, employing more than 103,300 people worldwide. Internationally renowned for its innovations in supply chain management and electronic commerce, Dell Inc. is currently the No. 1 shipper of PC monitors in the world.
Awards & Achievements
He has been named CEO of the Year by ‘Financial World’ (1993), ‘Industry Week’ (1998), and ‘Chief Executive’ (2001).
He is also the recipient of the 2013 Franklin Institute's Bower Award for Business Leadership.
Personal Life & Legacy
Michael Dell is a shy person who likes to maintain his privacy. He is married to Susan Lynn Lieberman since 1989, and the couple has four children.
Philanthropic Works
Along with his wife Susan, Michael Dell established the Michael and Susan Dell Foundation in 1999. The foundation focuses on causes like urban education, childhood health and family economic stability, and has provided $65 million in grants to three health-related organizations. The foundation had committed more than $650 million to children's issues and community initiatives in the United States, India and South Africa by 2010.
You May Like

See the events in life of Michael S. Dell in Chronological Order 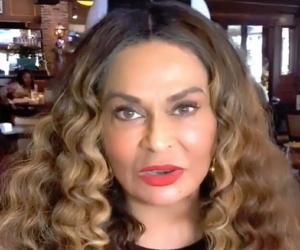