Michael Milken is an American philanthropist and former financier, best known for lifting the scale of high-yield bonds. Born and brought up in a Jewish family, Michael started his career with an internship at ‘Drexel Harriman Ripley,’ an old investment bank. In the mid-80s, his intricate network of high-yield bonds started turning out to be a highly profitable venture. However, his success was not immune to questioning by the authorities, and several experts were determined to call him out for his fraud. In an insider-trading investigation that took place in 1989, he was found guilty of racketeering and security frauds. He pleaded guilty to some of the allegations, and faced a prison sentence of 10 years along with a fine of USD 600 million. After his release from prison, Michael changed his ways drastically and got involved in philanthropic activities. With a recorded net worth of around USD 2 billion, he ranks at the 488th spot on the ‘World’s Richest Person’ list crafted by ‘Forbes’ magazine. In November 2004, ‘Fortune’ magazine mentioned him as “The Man Who Changed Medicine,” owing to his generous donations toward medical researches for life-threatening ailments. Isabella Rossel...
Philanthropists #78
Investors #61
Business People #676
DID WE MISS SOMEONE?
CLICK HERE AND TELL US
WE'LL MAKE SURE
THEY'RE HERE A.S.A.P
Quick Facts

American People
Investors
Philanthropists
American Men
University Of California, Berkeley
Childhood & Early Life
Michael Milken was born on July 4, 1944, in Encino, California, into a Jewish household. He completed his high-school education from ‘Birmingham High School.’ Being a self-dependent person since his early years, he worked at a diner to support himself financially. While in school, he shared the classroom with actors Cindy Williams and Sally Field.
Not a business-minded person, he had an inclination toward science and received the ‘Bachelor of Science’ degree from the ‘University of California,’ Berkley. He performed exceptionally in college and received several honors, such as a membership of the ‘Sigma Alpha Mu’ fraternity.
For his post-graduation, he chose to do an MBA at the ‘Wharton School’ of the ‘University of Pennsylvania,’ where he exhibited his natural analytical acumen. He studied the theories formulated by author W. Braddock Hickman, who had stated that an investment grade portfolio was far less profitable than non-investment grade bonds.
This revelation further attributed to the creation of an unusual business sense, which later landed him in legal trouble. His professors at ‘Wharton,’ impressed by Michael, helped him land a summer job with an old-line investment bank, ‘Drexel Harriman Ripley,’ in 1969.
Once his MBA was over, he joined the investment company ‘Drexel,’ which was known as ‘Drexel Firestone’ by then, and served as a low-grade bond research director. This gave him an unmatchable learning experience. Additionally, he was also given some capital and an opportunity to be a trader. His skills made sure that he only had four unsuccessful months over the next 17 years. 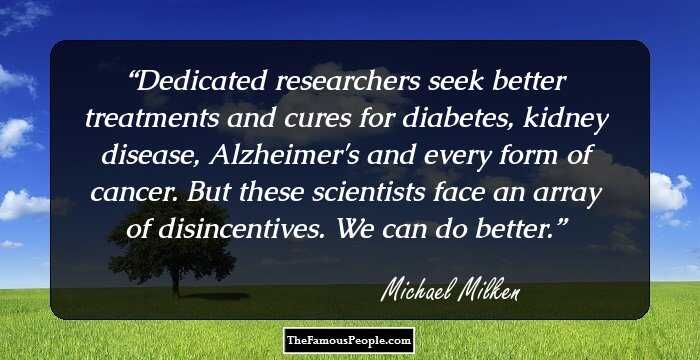 The Hottest Male Celebrities With The Best Abs
Career
In 1973, ‘Drexel’ merged with ‘Burnham and Company’ and became ‘Drexel Burnham.’ However, the firm belonged to ‘Burnham,’ and the name ‘Drexel’ was only used because of its brand value and its reputation in the market. Michael retained his place in ‘Drexel’ and ended up becoming the new firm’s head of convertibles.
His boss, Tubby Burnham, was an alumnus of ‘Wharton’ too. Hence, it was not very difficult for him to manipulate him to start a high-yield bond department. As he explained the benefits, he promised a 100% return on all the investments, which seemed like a plausible idea to Tubby too. By the mid 70s, Michael made enough fortune and so did his boss. A few years later, Michael stretched his reach and moved his high-yield bond operation to Century City, Los Angeles.
In the next few years, Michael’s venture grew rapidly and he was able to collect large amounts of funds, which led to a steady rise in his fortune. Some leveraged-buyout firms benefitted greatly. Most of such firms were armed with a “highly confident letter.” Knowing well that whatever he was doing was not completely legal, Michael continued doing it.
Despite being a very famous entity in the investment sector, Michael preferred to remain low key and never let the publicity he deserved knock his doors. He was known as the most powerful American financier. Michael was having the time of his life, and ‘Drexel’ benefitted greatly too. It is said that in a particular year, Michael’s annual salary had amounted to more than USD 500 million.
By that time, ‘Drexel Burnham’ had become one of the biggest American financial firms, and all the credit for its success was given to Michael for his brilliant approach to junk bonds. This further led him to receive half of the firm’s total profits every year, and his job soon became the highest-earning position in the US.
In 1989, Michael aspired to form his very own company and bid farewell to ‘Drexel.’ He soon established the ‘International Capital Access Group.’ The same year, his life came crumbling down, as he faced dozens of charges of frauds, which ultimately brought his career to a halt. 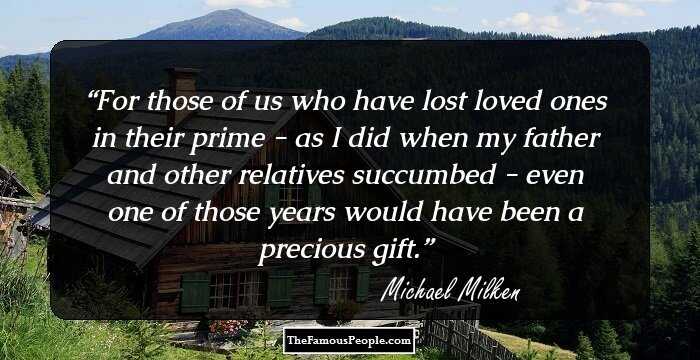 Quotes: Family
Allegations & Imprisonment
His downfall had started in 1986, when a ‘Drexel’ client, Ivan Boesky, was convicted of insider trading, a highly punishable offence. He implicated Michael and ‘Drexel Burnham,’ which led to a large-scale investigation into the matter. Both ‘Drexel’ and Michael were charged of high-profile financial frauds in 1988, and ‘Drexel’ was subsequently forced to initiate a settlement with the government, which had him paying a fine of USD 650 million.
After Milken left ‘Drexel Burnham’ to start his very own company, ‘Drexel’ collapsed rapidly. This was due to the fractured network of junk-bond issuers and buyers. As the company headed toward bankruptcy, the remaining clients jumped off the sinking ship, and as a result, the company went bankrupt in 1990.
The charges on Michael were serious, and he pleaded guilty for six of the charges against him. He was sentenced to six years in prison and also made to pay a heavy fine, amounting to USD 600 million. He was also banned from indulging in the securities business for his entire life. His prison sentence was later reduced to two years, and he was released within 22 months.
Life Beyond Imprisonment
Michael Milken joined hands with his brother Lowell Milken and founded the ‘Milken Institute for Job and Capital Formation.’ His difficult battle with prostate cancer further had him establishing the ‘Association for the Cure of Cancer of the Prostate,’ in 1993. The same year, he collaborated with other charitable organizations and also laid the foundation of ‘FasterCures,’ which worked towards research in treatment and prevention of deadly diseases.
He further launched several charitable organizations to fund the research for diseases, especially cancer. According to him, most of the motivation for these endeavors came from the fact that his mother suffered from breast cancer and he himself was a cancer survivor.
In 1996, he founded ‘Knowledge Universe,’ ‘Knowledge Learning Corporation,’ and ‘K12 Inc.’ with all of them working toward the betterment of school-going children and educational organizations. 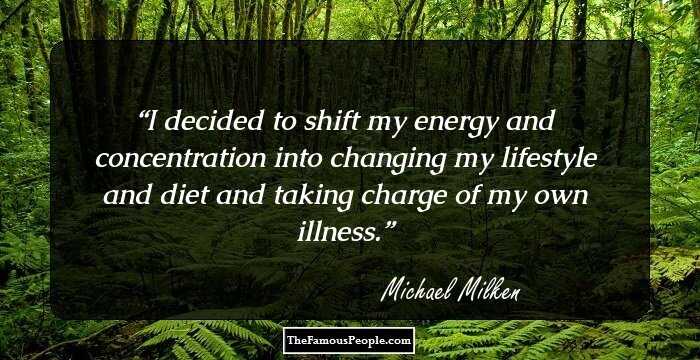 Personal Life
Michael Milken is married to his high-school girlfriend, Lori Anne Hackel. The couple has three children.
Recommended Lists:
Miscellaneous #1930
You May Like

Quotes By Michael Milken | Quote Of The Day | Top 100 Quotes

See the events in life of Michael Milken in Chronological Order