Advanced Search
Michael Curtiz was a Hungarian American film director best known for the classics ‘Casablanca,’ ‘Mildred Pierce,’ and ‘White Christmas’ among others. A highly prolific director, he directed more than 50 films in Europe and more than 100 in the United States, an output unmatched by anyone else of his era. He enjoyed the peak of success in the 1930s and 1940s, during the Golden Age of Hollywood during which he worked for the Warner Bros. studio. Born into a Jewish family in Hungary, he became interested in the show business as a youngster and studied acting at Budapest’s Royal Academy of Theatre and Art. He made his stage debut in Budapest in 1910 and proceeded to act in, and direct many stage plays. He soon ventured into the newly emerging medium of cinema and starred in ‘Today and Tomorrow’ which was the first film released by the nascent Hungarian film industry. Before long he directed several films and became one of the top most directors of silent films in Hungary. After leaving his home country in 1919 he eventually made his way into Hollywood to join the Warner Bros. studio. He began his Hollywood career with silent films and effortlessly made the transition to talkies with the advent of sound. He worked with Warner Bros. for almost three decades over the course of which he produced notable films like ‘Captain Blood,’ ‘Dodge City,’ and ‘Casablanca’.

Josef von Stern...
DID WE MISS SOMEONE?
CLICK HERE AND TELL US
WE'LL MAKE SURE
THEY'RE HERE A.S.A.P
Quick Facts

American Celebrities
Hungarian Celebrities
Hungarian Men
American Directors
American Film & Theater Personalities
Hungarian Film & Theater Personalities
Childhood & Early Life
He was born as Manó Kaminer to a Jewish family in Budapest, Hungary (then Austria-Hungary). Not much is known about his early life as no credible records exist. Even his birthday which is generally believed to be December 24, 1886, is open to debate.
He told tall tales about his childhood, often contradicting himself. According to his own account he had run away from home to join the circus and had been a member of the Hungarian fencing team at the 1912 Olympic Games. However, no proofs exist to validate these claims.
He probably had a normal middle-class upbringing. He studied at Markoszy University and the Royal Academy of Theatre and Art, Budapest.
Continue Reading Below
Career
He began his career as a stage actor in 1910 and went on to act in and direct many stage plays. When the film industry emerged in Hungary, the ambitious young men ventured into it and starred in ‘Today and Tomorrow’ (1912), the first feature film released by the nascent Hungarian film industry.
He went to Denmark in 1913 where he spent six months at the Nordisk studio in Denmark, honing his craft. When the World War I broke out, he briefly served in the artillery of the Austro-Hungarian Army but was back to film-making by 1915.
On his return to Hungary, he directed a number of silent films and had earned a reputation for himself by the late 1910s. He left the country in 1919 and moved to Vienna for a few years. He continued his prolific film-making career and made many movies including the Biblical epics ‘Sodom und Gomorrha ‘(1922) and ‘Die Sklavenkönigin’ (1924).
One of his films caught the attention of Jack Warner who invited the Hungarian director—who eventually changed his name to Michael Curtiz—to Hollywood in 1926. He began his Hollywood career with silent films and soon moved to the talkies with the part-sound films ‘Tenderloin’ and ‘Noah’s Ark’ (both 1928).
He began the 1930s with a string of successes. He experimented with the adventure-drama genre and formed a highly productive collaboration with Errol Flynn, who he directed in ‘Captain Blood’ (1935), ‘The Charge of the Light Brigade’ (1936), ‘The Adventures of Robin Hood’ (1938), ‘The Private Lives of Elizabeth and Essex’ (1939), ‘The Sea Hawk’ (1940) and ‘Santa Fe Trail’ (1940).
A prolific director, he made several noteworthy films in the 1940s as well. Some of his best known pictures from this era are ‘The Sea Wolf’ (1941), ‘Casablanca’ (1942) and ‘Mildred Pierce’ (1945). He also directed the World War II propaganda film ‘Mission to Moscow’ (1943), which was commissioned at the request of President Franklin D. Roosevelt in support of the US and British ally, the Soviet Union.
Known for his tempestuous nature, he had a fall-out with the Warner Bros. studio in the 1950s. After breaking away from them, his career spiraled into a decline though he continued making films. Some of his later films were ‘The Egyptian’ (1954), ‘White Christmas’ (1954), ‘We're No Angels’ (1955), and ‘King Creole’ (1958). His final film was ‘The Comancheros’ (1961) which was released six months before his death.
Major Works
Michael Curtiz directed the classic film ‘Casablanca’ starring Humphrey Bogart, Ingrid Bergman, and Paul Henreid. A romantic drama set during the World War II, the film was a critical and commercial success at the time of its release and consistently ranks near the top of lists of the greatest films in history.
He directed Joan Crawford in the title role in the film noir ‘Mildred Pierce,’ a story about a middle-age mother who struggles with an ungrateful daughter. The film earned Crawford an Academy Award and was deemed "culturally, historically, or aesthetically significant" and selected for preservation in the United States Library of Congress National Film Registry in 1996.
Awards & Achievements
In 1940 Michael Curtiz won an Academy Awards in the category of Best Short Subject (Two-reel), for ‘Sons of Liberty.’
He won the Academy Award for Best Director for ‘Casablanca’ in 1943.
Personal Life & Legacy
Michael Curtiz was thrice married. He married Lucy Doraine in 1918 and divorced her in 1923.
His second marriage to Lili Damita in 1925 was very short-lived and ended the following year.
He was known to be a short-tempered and difficult man to work with, though he was a brilliant director. His marriages too, were very tumultuous and volatile. He married actress and screenwriter, Bess Meredyth, in 1929. This marriage too was not a happy one though the couple did not divorce. Curtiz was never loyal to his wives and had sexual relationships with other women throughout the marriages. He also fathered children out of wedlock.
He suffered from cancer during his later years and died on April 10, 1962, at the age of 75.

See the events in life of Michael Curtiz in Chronological Order 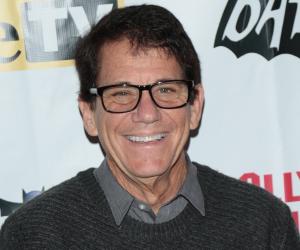 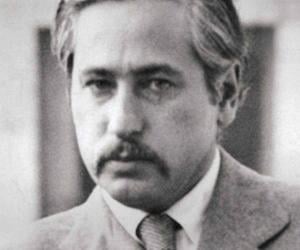 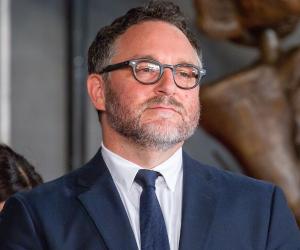