Bradley Cooper is an American actor and is currently one of the biggest stars of Hollywood, who has been a part of some of the most successful movies of the new millennium. Bradley Cooper initially showed an interest in journalism when he was in school and in fact worked for one of the evening papers in his hometown of Philadelphia; however, from the time that he joined university he developed a liking for the stage. Once he discovered that he had a natural liking for the stage he decided to get trained in the art of acting and since then he has never looked back. Cooper has made a career for himself as a noted actor in films, television shows and also the stage. Cooper shot to fame in 2005 following his role in the movie ‘Wedding Crashers’ and since then his career has been one of constant ascent as he delivered such hits as the ‘Hangover’ franchise and ‘American Hustle’ among others. In 2014, he starred in the critically acclaimed and negatively criticised movie American Sniper which earned him rave reviews from critics as well as movie lovers who say Cooper in such an intense role for the first time. 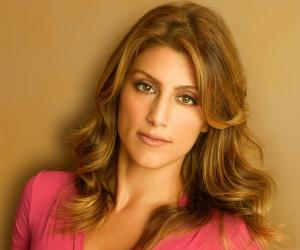 American People
Directors
American Men
Pennsylvania Actors
Villanova University
Childhood & Early Life
Bradley Cooper was born to Charles Cooper and Gloria Campano in Philadelphia, Pennsylvania on January 5, 1975. Cooper’s father worked for the investment bank Merill Lynch while his mother was employed with NBC radio. Cooper is the younger among two children; the first being his elder sister Holly.
Bradley Cooper attended the famous Germantown Academy in Philadelphia and graduated at the age of 18 in 1993. During his time at the school, Cooper was also involved in plenty of extracurricular activities and in particular he is known for being involved with the newspaper Philadelphia Evening News as a student.
In 1993, Bradley Cooper enrolled at Vilanova University but later on he switched to Georgetown University where he completed a bachelors’ degree with honours in English. It was during his time at Georgetown University that he started taking acting seriously and became a part of a theatre group.
Bradley Cooper decided to have a career in acting and enrolled in the Actors Studio Drama School located in New York City. He was awarded his Master of Fine Arts degree in acting in 2000. It was the degree that armed him with a solid grounding in the different facets of acting. 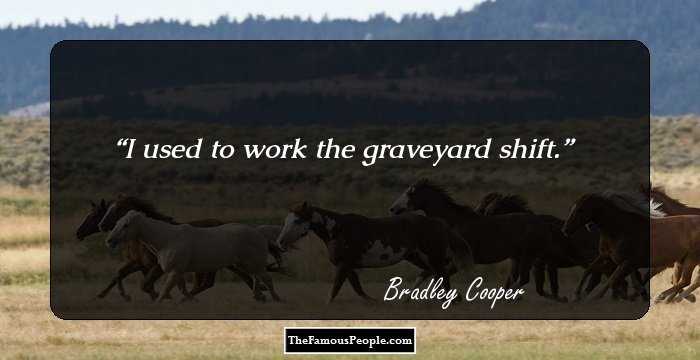 Continue Reading Below
Career
Bradley Cooper’s first professional work as an actor came in a guest appearance for the hugely popular show ‘Sex and the City’ in 1999, but it got him noticed and over the next few years he worked in plenty of other television programmes like ‘Globe Trekker’, ‘Jack & Bobby’, ‘Nip/Tuck’ and others before he became a known face.
In 2001, Cooper got his first break in the movies when he starred in the comedy film ‘Wet Hot American Summer’ and the film is regarded as a classic by many. However, it was four years later that he really became a well known face in Hollywood following the release of the movie ‘Wedding Crashers’ in which he portrayed the character Sack Lodge.
In 2005, Bradley Cooper started working for the TV show ‘Kitchen Confidential’ which was based on the life of celebrity chef but the series was discontinued after a few episodes by FOX. The very next year, Cooper spent a large chuck of his time on theatre and featured in lead roles in plays such as ‘Three Days of Rain’ and ‘The Understudy’.
The year of 2009 was a pivotal one in Bradley Cooper’s career as he not only bagged major roles in four different films but also because one of those, ‘The Hangover’, went on to become a smash hit and collected a whopping $467 million at the box office. Two years later he starred in the wildly successful sequel of The Hangover, named ‘The Hangover Part II’ and also starred in the thriller ‘Limitless’.
2012 was another highly productive year for Bradley Cooper as he starred in the critically acclaimed film ‘Silver Linings Playbook’, ‘The Words’ and ‘The Place Beyond the Pines’, which is a thriller. A year later he played the role of an FBI agent in the multi starrer mega budget film ‘American Hustle’ and it was for that role that he got nominated for the Best Supporting Role award.
In 2014, Cooper starred in two of his most famous films in his career, namely, ‘Guardians of the Galaxy’ and ‘American Sniper’; the latter earning him yet another Academy Award nomination. During this period he was also an active actor in the theatre circuit at Broadway.
In 2015, Bradley's three films—Aloha, Burnt, and Joy—were released but none of them was a big hit.
In 2016, he played a supporting role in the movie 'War Dogs' and did a voice cameo in the horror film 10 Cloverfield Lane.
In 2017, he voice acted for Rocket Raccoon, in 'Guardians of the Galaxy Vol. 2.'
Continue Reading Below
In 2018, he reprised the role of Rocket Raccoon in the movie 'Avengers: Infinity War' and starred in Clint Eastwood's crime drama 'The Mule'
In 2018, Bradley Cooper, directed his first film, ' A Star Is Born'. The film starred him and Lady Gaga in the lead roles and was a remake of the 1937 musical film of same name. Cooper and Gaga co-wrote and produced most of the songs on the soundtrack for the movie. The film was a big hit and Cooper received several awards and nominations for the movie. 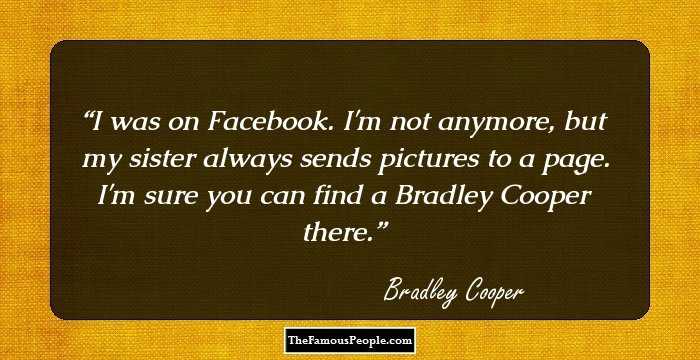 Major Works
‘The Hangover’ was one of his most successful films and garnered a whopping $467 million at the box office. Brad Cooper’s performance in the movie ‘American Hustle’ was hugely appreciated and he earned an Academy Award nomination for Best Supporting Role for it.
Family & Personal Life
In December 2006, Bradley Cooper got married to actress Jennifer Esposito. But, the marriage was short-lived and they got divorced in November 2007.
From December 2011 to January 2013, he was in a relationship with actress Zoe Saldana. Thereafter from March 2013 to March 2015, he was in a relationship with English model Suki Waterhouse.
In April 2013, Cooper began dating Russian model Irina Shayk. In March 2017, Cooper and Shayk were blessed with a daughter.
In 2011, Bradley Cooper lost his father, Charles Cooper, to lung cancer. 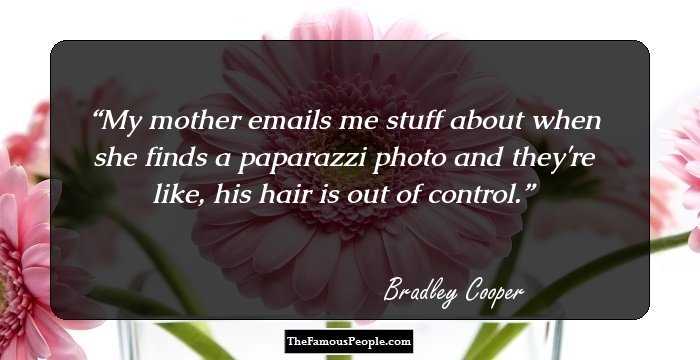 Quotes: Like
Trivia
In 2011, People magazine named him the Sexiest Man Alive and he consistently ranks among the best looking men in the world in almost all publications.

Quotes By Bradley Cooper | Quote Of The Day | Top 100 Quotes

See the events in life of Bradley Cooper in Chronological Order