(English Actor and Director Known for His Film ‘Hamlet’)

Laurence Kerr Olivier is lauded as one of the leading Shakespeare interpreters of the 20th century. He was not only a good actor but also a director and producer. Since childhood, he had a wide-ranging exposure to the performing arts. He could verbalize William Shakespeare’s lines with a natural fluency as if he were living that character that very moment. He was one of the finest actors to ever grace the British stage. He was honored for his notable contribution to the entertainment industry. He possessed a multi-dimensional persona, reflecting several facets of acting. He had a booming stage career with almost 120 roles and appeared in nearly 60 films. He was also a part of more than 15 television productions, all of which were huge hits. Although he was based mostly in England, he made various noteworthy Hollywood films. No matter which country has produced his films, he will always continue to be an international star whose proficiency blends in various shades of acting. Despite being honored with the membership of the ‘House of the Lords’ for his services to the theatre, he was always ‘Larry’ for his friends and colleagues. British Celebrities
British Men
Gemini Actors
British Actors
British Directors
Childhood & Early Life
Laurence was born to a stern Anglican minister Gerard Kerr Olivier and his wife Agnes Louise in an authoritarian, religiously devout household. He was youngest among their three children.
He attended All Saints Choir School, and made his theatrical debut as Brutus in an abridgement of Shakespeare’s ‘Julius Caesar’ when he was just 9.
After four years, he joined St. Edward’s school, Oxford where he enthusiastically took part in school drama productions. There he bagged the female role of ‘Katherine’ in ‘The taming of the shrew’.
In 1924, he enrolled at the Central School of Dramatic Art. He played plentiful of classical roles while in training, before beginning his professional career at the Birmingham Repertory Company in 1926.
He was also a part of Broadway Theater from where he was spotted by the American film industry for his incredible adeptness in the field of performing arts. 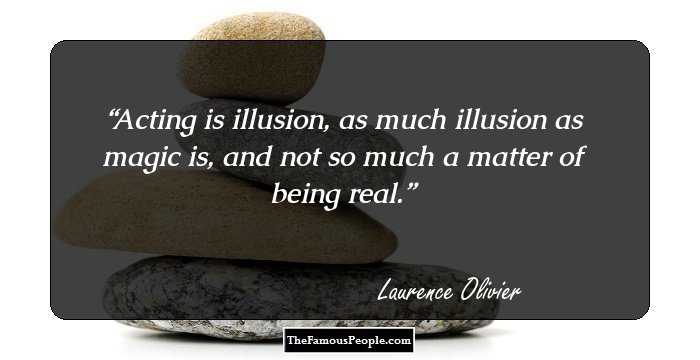 Continue Reading Below
Career
In 1931, he made his acting debut in Hollywood in ‘The temporary widow’. He played his first leading role in ‘Yellow ticket’ but it did not earn him the desired stardom, which came later on with Noel Coward’s ‘Private Lives’.
It was followed by Shakespeare’s ‘Romeo and Juliet’ on London stage in 1935 where he played ‘Romeo’ and ‘Mercutio’ in alternate performances with John Gielgud.
In 1939 he bagged his first prominent role in Broadway in a Katherine Cornell production of ‘No time for comedy’. Thereafter, he did only Shakespearean plays and established himself as one of the foremost Shakespearean actors in England.
In 1939, he returned to Hollywood to begin filming Samuel Goldwyn’s production of ‘Wuthering Heights’. It soon ushered him to international stardom. His career further flourished with his performances in ‘Rebecca’ and ‘Pride and Prejudice’ (1940).
In 1940s, he qualified for the Royal Navy Fleet Air Arm in World War II. After being discharged from the service in 1944, he revived the ‘Old Vic’ theater company with his longtime friend Ralph Richardson.
In 1951, he performed two plays about Cleopatra, Shakespeare’s ‘Antony and Cleopatra’ and Shaw’s ‘Caesar and Cleopatra’ as their contribution in the celebrations of Festival of Britain.
He showcased his directorial skills in few movies such as ‘The prince and the showgirl’ (1957), ‘Uncle Vanya’ (1963) and ‘The three sisters’ (1970). He did only a few memorable films after that including ‘Sleuth’ (1972), ‘Love among the ruins’ (1975), ‘Marathon Man’ and ‘Cat on a hot tin roof’ (1976), ‘The boys from Brazil’ (1978), ‘Brideshead revisited’ (1981), ‘King Lear’ (1984). 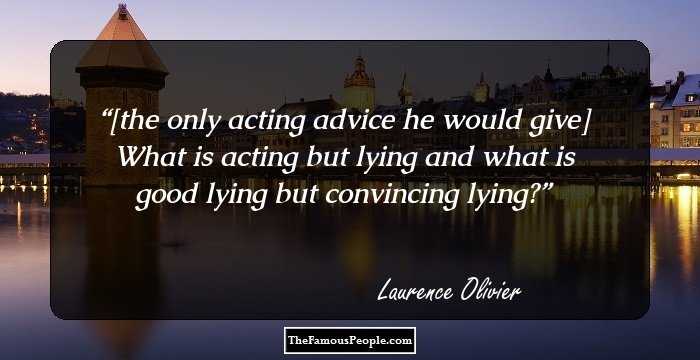 Major works
He proved his metal as an actor in ‘Shakespearean Trilogy’ which included his three critically successful films, ‘Henry V’ (1944), ‘Hamlet’ (1948) and ‘Richard III’ (1955). He also debuted as a director in ‘Henry V’.
Continue Reading Below
In 1960, there was a new add-on to his accomplishment list, John Osborne’s three act play, ‘The Entertainer’, in which he portrayed a music-hall performer Archie Rice. It was labeled as one of the most excellent family plays. In November 2008, its radio version was broadcast on BBC Radio7.
He was among the founders of National Theater Company and was the director of its opening production ‘Hamlet’ in October 1963. He appeared in 12 plays and directed 9 during his tenure as director. But his career at the National Theater Company ended in 1973 due to a series of unfavorable events, leading to his replacement with Peter Hall.
One of his major achievements was as a narrator in a 26-part documentary on Second World War. It was broadcast by Thames television, UK, in October 1973.
Awards & Achievements
In 1939 and 1940, he was nominated for an Academy Award for best actor for his remarkable performance as Heathcliff in ‘Wuthering Heights’ and Maxim de Winter in ‘Rebecca’ respectively.
In 1945, Oliver was made an honorary Lieutenant with ENSA along with his friend Ralph Richardson. He did a six-week tour of Europe for the army, performing for the troops.
In 1947, he was made a ‘Knight Bachelor’ by King George VI, after which he headed London’s national theater company (1962-73). He also took a seat in the House of Lords in 1971 after being made ‘Baron Olivier of Brighton’ for his contribution to the theater.
In 1948, he won academy awards for ‘Hamlet’ under best actor and best picture category. In the same year, he also received a ‘Golden Globe Award’ for it.
He got many nominations and won BAFTA awards for ‘Richard III’ (1955) and ‘Oh! What a lovely war’ (1969). He finally earned an academy fellowship in 1977.
He won Emmy awards for his marvelous performances in ‘The moon and the sixpence’ (1960), ‘Long day’s journey into night’ (1973), ‘Love among the ruins’ (1975), ‘Brideshead revisited’ (1982), and ‘King Lear’ (1984).
Continue Reading Below
He won an academy honorary award in 1979 for his unsparing and liberal contribution to films. 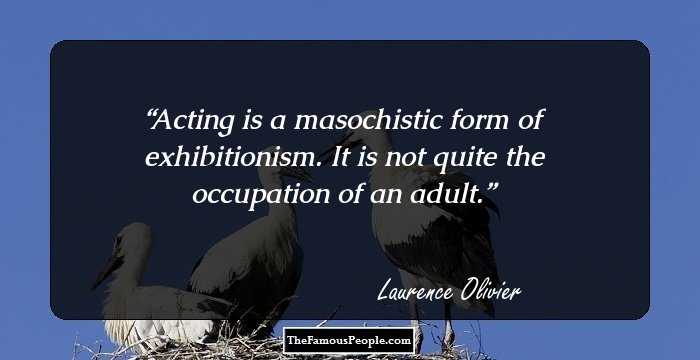 Personal Life & Legacy
He married a Jill Esmond in 1930 and had a son, Simon Tarquin, with her. Although the marriage lasted ten years, his increasing resentment towards her ended it much before that. Despite his indignation towards her, he remained in contact with her till his death.
In 1940, he married Vivien Leigh after a lot of controversy. They, however, carried on the tumultuous romance for two decades and separated in December, 1960.
In 1961, he married Joan Plowright and remained married to her until his death in 1989. He is survived by three children, Richard Kerr, and actresses Tamsin Agnes Margaret & Julie-Kate.
In 1984, he published his autobiography, ‘Confessions of an actor’.
The ‘Olivier Awards’ are named in his honor. They are presented annually to recognize excellence in professional theater.
In 2004, after 15 years of his death, he came alive on screen through computer graphics technique in the film ‘Sky captain and the world of tomorrow’. He played a ‘villain’ in the footage which was incorporated.
Trivia
He and Roberto Benigni are the only two actors to have directed themselves in an Oscar winning performance.
He was considered for Marlon Brando’s role in ‘The Godfather’ (1972).
While presenting Oscars in 1985, he forgot to name the nominees for the best pictures. He merely opened the envelope and announced ‘Amadeus’.

See the events in life of Laurence Olivier in Chronological Order