Mario Bautista is a famous Mexican pop singer, R&B dancer, and social media star. Mario's journey in the world of entertainment has been incredible so far. He joined the elite list of Billboard’s ‘Social 50 Chart’ right after releasing his first album. The list contains names like Taylor Swift, Rihanna, and Selena Gomez, and that gives a fair idea about Mario’s popularity. As a YouTuber, Mario has gained prominence for his sketch comedies and Vine compilations. His self-titled YouTube channel has accumulated more than two million subscribers. He has also collaborated with popular Vine star Curtis Lepore on many occasions. One of the secrets of Mario’s popularity is that he pays a lot of attention to the requests of his fans and posts videos accordingly. He has been part of many national and international tours, including the famous ‘Aqui Estoy Tour,’ which was named after his debut album. With so many achievements and awards, Mario is rightfully called ‘Mexican Youth Star.’ Mexican People
Male Singers
Pisces Singers
Mexican Singers
Male Pop Singers
Rise to Stardom
Mario was born into a family of musicians. His mother is a popular pop singer in Mexico. Mario started his dance and voice training when he was in his elementary school. His training mainly focused on hip-hop and R&B. By the time he finished his high school, Mario had already started posting videos, where he displayed his expertise in singing and dancing. Around the same time, he started composing raps as well. These videos eventually caught the attention of many and Mario managed to accumulate a decent number of fans in a short period of time.
Next, he tried his hands at comedy. Mario created numerous sketch comedies and Vine compilations and then posted them on his self-titled YouTube channel. He collaborated with many other established Vine stars like Matthew Espinosa, Ryan Hoffman Badui, Juanpa Zurita, and Curtis Lepore. These collaborations escalated his fame and Mario became a YouTube star.
He used his fame to exhibit his skills to a number of people and gradually came up with the idea of releasing music albums. Mario met a few producers at a party and they agreed to produce his debut single ‘Ven a Bailar’ (Come Dance). The song was a big hit, which led Mario and his team to release a few more singles like ‘If You Get Me Your Heart’ and ‘Without Your Love.’ All these singles topped the local music charts and soon, Mario was touring all over Mexico, performing his songs live on stage.
He also went on tours as a supporting artist for singers and bands like Austin Mahone and ‘The Wanted.’ Mario was part of more than 50 shows throughout 2015. Some of the shows that he was part of include ‘The Teatro Metropolitan Tour’ and ‘Preparando El Camino Tour.’ By the age of 20, Mario was already a star in Mexico as he had more than eight million followers across various social media platforms.
In 2015, Mario received four major awards, namely ‘Best North American Act’ at ‘MTV Europe Music Award,’ ‘Kids’ Choice Award,’ and a couple of ‘MTV Millennial Awards.’ He then released his debut album ‘Aqui Estoy’ in 2016. The album was a major hit and Mario made it to the list of Billboard’s ‘Social 50 Chart,’ which had artists like Selena Gomez, Rihanna, and Taylor Swift. After the release of the album, he also received the ‘Kids’ Choice Award’ under the category ‘Estrella Latina Favorita’ (Favorite Artist in Mexico).
Mario decides his subsequent moves as per his fans’ requests. He keeps himself updated with the latest trends and also pays attention to what his fans want from him. Despite his busy schedule, Mario makes time to create comedy videos for his Vine and YouTube fans. He has a few upcoming singing projects and international tours.
You May Like

Pisces Pop Singers
Mexican Pop Singers
Pisces Men
Continue Reading Below
Personal Life
Mario was born on March 5, 1996, in Mexico City, Mexico. His full name is Mario Alberto Bautista Gil. He was raised by his parents, Gloria Gi,l and Carlos Daniel Bautista. His mother is a famous singer in Mexico. Mario has two brothers: Luis Daniel and Jan Carlo Bautista. Mario has many childhood friends and he is still in touch with most of them. He met Mauricio Hernandez in his elementary school and he went on to become his best friend.
Mario loves to eat pizzas, risotto, and ice cream. Being a Mexican, he is obsessed with hats and owns a large collection. He enjoys watching romantic movies and his all-time favorite is ‘Diaries of Passion.’ Mario has four tattoos on his arms. His tattoos symbolize knights, ‘Triforce,’ an astronaut, and the word ‘integrity.’ 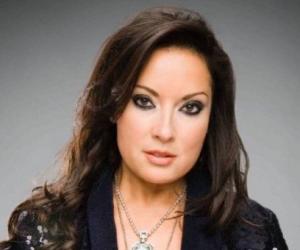 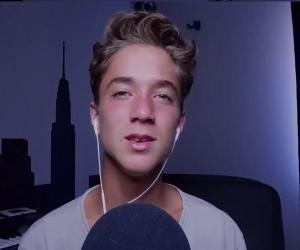