Margo Rey, born as Margarita Reymundo-Jurado, is a Mexican singer-songwriter, dancer and actress. She grew up in Texas alongside her four siblings. She began performing at the age of 11 and by her teens, she was already a lead vocalist in an all-female band named Debutante. After gaining a large following through her association with the band, Rey went on to sing with numerous other bands, including Miss Margo & the Lost Souls during the 1990s. In the late 1990s, she was cast in the role of the late tejano pop star Selena's mother, Marcella, in the Broadway play ‘Selena Forever’. Rey’s performance was highly appreciated and she landed a string of roles in several other Broadway productions. The Mexican beauty married the popular comedian Ron White in 2013. She is a breast cancer survivor and has had a double mastectomy. Since then, Rey has been working to raise awareness about the disease and raise funds for cancer research. Mario Bautista
Pop Singers #637
Singers #3127
DID WE MISS SOMEONE?
CLICK HERE AND TELL US
WE'LL MAKE SURE
THEY'RE HERE A.S.A.P
Quick Facts

Mexican People
Libra Singers
Women Singers
Mexican Singers
Libra Pop Singers
Career
Margo Rey started her entertainment career as a teen, gaining the position of the lead vocalist in the all-female rock band Debutante. She and her band mates toured all across USA and self-released their album ‘These Boots Were Made For Walkin'. Rey then began singing in the power-pop band The Ritual. After its disbandment, she was hired by a Dallas venue, Sambuca. Soon after, she became the bandleader of Miss Margo & The Lost Souls, a Latin Jazz/R&B sextet. The group released their debut album titled ‘Acaba,’ featuring one top-five and two top-twenty songs. The album's success landed the Mexican singer a major record deal with PolyGram Latino in 1997.
In the late 1990s, she was cast in a prominent role in the Broadway musical ‘Selena Forever.’ During this time, she flew to Los Angeles and was eventually signed by Abrams Artist Agency. Rey then did voiceover work in a number of commercials for various Spanish and English companies.
She came up with her album ‘My Heart's Desire’ in 2009. The album featured numerous singles, including "My Heart's Desire", "Between Us", "You Belong to Me," and "Couldn't Be More Wrong". She then caught the attention of her future husband Ron White and music maker Michael Blakey and signed to their Organica Music Group. The group released her original dance EP ‘Habit (Remixes)’ which debuted at # 7 and climbed to # 1 later. The EP’s single "Let the Rain," which Rey co-wrote with John Oates peaked at #17 on the Billboard’s Adult Contemporary chart. Also, the radio track "Between Us” charted at #21 on the same chart.
In 2011, the Mexican artiste released a Christmas EP titled ‘This Holiday Night’. Her album ‘Habit’ was released the following year in July by Organica Music Group. The album was produced by Rey, Chris Wabich, and Elton Ahi. Over the course of her career, Rey has given a number of live stage performances on her tours, the most notable one being ‘Dave Koz and Friends Christmas Tour’ in 2012.
You May Like

Female Pop Singers
Mexican Pop Singers
Mexican Female Singers
Libra Women
Continue Reading Below
Family & Personal Life
Margo Rey was born on 18 October 1966 in Acapulco, Mexico to Juana-Amparo Jurado, a Flamenco dancer, and Alejandro Reymundo, a cliff diver. At the age of two, she along with her parents and four siblings (including brother comedian Alex Reymundo) moved to Fort Worth, Texas. Talking about her love life, Rey was married to popular comedian/actor Ron White from 2013 to 2017.
Rey is a breast cancer survivor and often raises funds for non-profit organizations involved with women's cancer research. 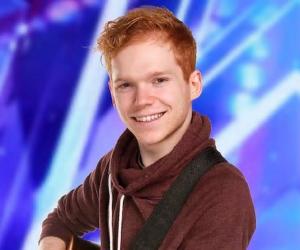