Marcello Malpighi was a renowned Italian biologist who heralded a new era in the fields of anatomy and histology. As a child, Marcello was studious and he enrolled at the university as early as seventeen. Learning medicine under mentors like Bartolomeo Massari and Andrea Mariani, he honed his skills in anatomical studies. Despite the demise of his parents at an early age, this zealous student completed his studies and obtained two doctoral degrees. He started his academic career teaching logic but was soon offered a teaching position in Pisa where he taught theoretical medicine. He undertook anatomical studies of blood, which formed the foundation for one of his most important discoveries. Marcello’s skills in using the microscope, to decipher the structure of organisms and their parts with precision and accuracy, were unparalleled. He made various discoveries using the microscope to study the structure of specimens. Throughout his life, he was at the receiving end of his colleagues’ envy who were jealous of his growing reputation and success in scientific endeavours. Despite this he was ordained as the papal physician by the church in Rome and he spent his last years in the city. To know more about the life and works of this eminent scientist continue reading. 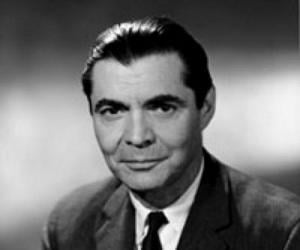 Theodor Schwann
DID WE MISS SOMEONE?
CLICK HERE AND TELL US
WE'LL MAKE SURE
THEY'RE HERE A.S.A.P
Quick Facts

Italian People
Male Scientists
Male Biologists
Pisces Scientists
Italian Biologists
Childhood & Early Life
Marcello Malpighi was born to parents Marcantonio Malpighi and Maria Cremonini in the Papal State of Bologna, Italy on March 10, 1628.
He completed his early education from grammar school and pursued higher studies from the ‘University of Bologna’ when he was only seventeen, in 1646.
It was at the university that one of his teachers Francesco Natali realised Malpighi’s inclination towards medicine and encouraged him to pursue his goals. Thus in 1649, Marcello began his doctorate studies in medicine under the tutelage of mentors like Bartolomeo Massari and Andrea Mariani.
At the age of twenty-one, he lost both of his parents but he did not let the circumstances prove a hindrance in his educational pursuits. In 1653, the university awarded him doctoral degrees in philosophy and medicine.
Continue Reading Below
You May Like

The Hottest Male Celebrities With The Best Abs
Career
Malpighi then embarked on an academic career at the university in 1656 teaching logic to students but soon moved to Pisa where he was appointed as the chair of theoretical medicine.
At the ‘University of Pisa’, he garnered friendships with mathematician Giovanni Borelli who would introduce him to the ‘Accademia del Cimento’ which was a pioneering scientific society.
During his tenure at Pisa, he conducted studies on blood striving to answer the medical enigmas related to anatomy and physiology of living beings. However his stay at the university was cut short by poor health aggravated by the weather conditions in the Italian city.
Upon his return to his Alma matter the ‘University of Bologna’ he was appointed as lecturer in theoretical medicine, in 1659. Here he continued his research on microscopes conducting studies on anatomy.
In 1661, he made a breakthrough discovery when he successfully described the structure of capillaries which connected the arteries and capillaries. He also studied the structure of lungs in frogs and tortoise and described the function of alveoli or air sacs which allowed exchange of gasses during respiration.
His findings were not received well by his colleagues who despised Marcello because of his non-Bolognese ancestry. Vide a glowing recommendation from mathematician and friend Giovanni Borelli, Malpighi was invited to the ‘University of Messina’ where he occupied the post of a professor in 1662.
Continuing with his scientific endeavours along with a successful career as an academician and physician, this inquiring mind deciphered the anatomy of taste buds, optic nerves and the fat reservoirs.
In 1666, this erudite biologist made an important discovery wherein he isolated the red blood cells for the first time and explained that the blood owed its colour to the RBC’s. Malpighi returned to ‘University of Bologna’, after his findings created resentment among his colleagues at Messina, in 1667. At Bologna, he published ‘De viscerum structura execitatio anatomica’ which included his findings related to the anatomy of organs such as brain, kidney, spleen, bones and liver.
He also used his skills in microscopic studies to view the layers beneath the epidermal tissue in the skin. Various layers he helped identify are named after this pioneering scientist.
Continue Reading Below
Marcello’s pioneering work garnered the attention of several eminent scientific communities, including the ‘Royal Society of London’. Since 1668, his findings were published in the journal managed by the Royal Society titled ‘Philosophical Transactions’.
He was the first ever Italian to receive a nomination to the Royal Society as a ‘Foreign Member’, in 1669. Also in the same year he studied the various stages in the life cycle of a silkworm and other insect larvae.
Continuing his research on reproduction of living beings, he studied in detail the developmental stages of an embryo in a chick. He identified the somites, aortic arches and neural folds in the bird, in 1673.
Between the years 1675-79, he used microscopic techniques to study cellular level organization in various specimens of flora and fauna. He deduced an analogy between the distribution and location of cells in plants and animals.
Marcello witnessed a rising opposition against him towards the latter years of his life. Such was the extent of criticism that his house was set on fire and his publications and instruments used for conducting research were trashed.
Pope Innocent XII ordained this eminent biologist as a papal physician in 1691and Marcello served as a royal physician until his death.
Major Works
Marcello was hailed as father of modern anatomy owing to his numerous contributions in the field. ‘De polypo cordis’ published in 1666, which included his studies of the mechanism by which blood clots and the discovery of RBC’s was a milestone discovery in the field of anatomy.
Personal Life & Legacy
Malpighi spent his last days in the service of Pope Innocent XII as his physician. Suffering from apoplexy, he breathed his last on November 30, 1694 at the age of 66.
Various anatomical structures in the human excretory system such as the ‘Malpighian Corpuscles’ found in the nephron and Malpighian tubules found in the excretory tract of insects are named after this pioneering scientist
You May Like

See the events in life of Marcello Malpighi in Chronological Order