You may have seen him in ‘Tú sí que vales’ displaying his dancing talent or in the musical TV show ‘Cántame cómo pasó’ or even portraying the child role of Gavroche in ‘Les Miseables’- Manu Rios is definitely ruling the world of television with his talent, skill and creativity. An indomitable force, Rios is strong, determined and ambitious. He dreams of becoming the biggest superstar ever known and is committed to working hard each day as it comes, to achieve his ambition. Despite the huge fame, social fan following and success as an actor, Rios hasn’t let any of it to get into his head. He is grounded and yearns for more, as he is not satisfied with what he has achieved. Rios is funny, sensitive and responsive. Acting apart, he loves to dance, sing, and surf the internet. When not in front of the camera, you may find him goofing up with his pets, going out with his friends, spending quality time with his family or listening to his favourite music stars, Rihanna, Demi Lovato, Adele, Justin Bieber and 1D. With over 11 million fans, he has a huge following on Instagram. Adexe
DID WE MISS SOMEONE?
CLICK HERE AND TELL US
WE'LL MAKE SURE
THEY'RE HERE A.S.A.P
Quick Facts

Manu Rios’ walk to fame started when he was barely 9 years old. A casual call from the production team of the TV series, Cantando en Familia changed the course of his life forever. He not just passed the audition but sealed the fate of his career as well. Since his debut, Rios hasn’t stopped working. He was selected to join the national TV show ‘Tú sí que vales’ which gave him further exposure, lending him a chance to showcase his dancing talent. He reached the semi-final round in the show. This apart, he was also cast in the musical TV show ‘Cántame cómo pasó’ on TVE. Later in 2010, Rios played the role of Gavroche in the internationally known musical Les Miserables at an internationally renowned Spanish theatre in Madrid. Rios was part of the new Parchís teen band and did a role in the 2012 musical ‘Don Pepito’. A powerhouse of talent, Rios has gained much fame and popularity, his social media accounts baring it all. His YouTube channel is also quite popular wherein he regularly posts vlogs and song covers for his 1.76 million subscribers. He is also very popular on Instagram where he has amassed more than 10 million followers.

One look at Manu Rios and you would know that he is extremely special. The determination in his eyes and his strong resolve overpowers his personality making him exceptional and extraordinary. Funny and sensitive, he is committed to chase his dreams and knows the price that he has to pay to achieve his ambition. Manu knows that unless he works extremely hard he won’t achieve the success that he aims for himself. As such, he gives his 100 percent at his work which is greatly visible in his acting career. Acting apart, Manu Rios has not given up on his education and puts in a lot of effort to be the best at school as well. He wishes to pursue a course in media studies.

Though Manu Rios has achieved great success early in his lifetime, he has no airs about it. Inside, he is a simple guy who like any other boy of his age loves doing regular stuff when not in front of camera. Rios, as his friends call him, has a passion for music. He loves listening to Rihanna, Adele, Demi Lovato, Justin Bieber, 1D and others. He enjoys partying, moving out with friends and dancing. He loves playing with his pet dogs and enjoys reading books, his favourite being ‘The Boy in the Striped Pyjamas’. His most loved thing is his photocamera and his favourite game is Parchís.

Manu Rios Fernandez was born on December 17, 1998, in Calzada, Calatrava, Spain to Manoli and Julian. He has an elder brother Josemy. His family also owns two dogs, Currillo and Howard. He idolizes Johnny Depp and Anne Hathaway, his favourite movie stars. When not acting, you may find him dancing, singing, photographing or surfing the Internet. He loves to go out with friends and makes it a point to reply to his fans. 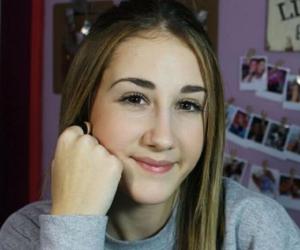 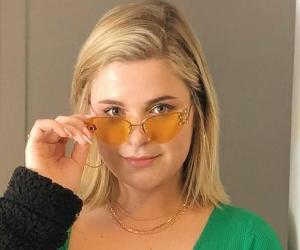 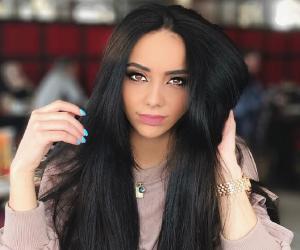