Advanced Search
Anne Hathaway is a multiple award-winning American actress, singer, and producer. She has acted in several films like ‘The Princess Diaries,’ ‘The Devil Wears Prada,’ and ‘Becoming Jane.’ Born to an actress, Anne was exposed to the nuances of acting from a young age. Inspired by her mother, she became interested in acting at the age of three. She then expressed her intention of pursuing an acting career to her parents when she was just eight years old. As a teenager, she started appearing in commercials and became the first teenager ever to be admitted to the New York City-based Barrow Group's prestigious acting program. She appeared in several stage productions while attending middle school and made her professional acting debut on television as a high school student. Eventually, she ventured into films and gained prominence with her role in the ‘Disney’ film ‘The Princess Diaries.’ Tall, pretty, and talented, she soon became a much sought after actress, who earned acclaim for her poignant and powerful performances. The winner of several prestigious acting awards, Anne Hathaway is also a skilled singer and voice actor. She is an LGBT activist and a strong supporter of same-sex marriages. American People
American Women
New Yorkers Actresses
Vassar College
New York University
Childhood & Early Life
Anne Hathaway was born on November 12, 1982, in Brooklyn, New York, USA, to Kate McCauley and Gerald Thomas Hathaway. Her father is a lawyer, while her mother is a former stage actress. Hathaway has two brothers.
A young Anne loved watching her mother perform. Subsequently, she was inspired to become an actress herself. She was just eight years old when she told her parents about her future plans. She also contemplated becoming a nun but later discarded the idea.
She was a confident child, blessed with a good voice. After receiving her primary education from ‘Brooklyn Heights Montessori School’ and ‘Wyoming Elementary School,’ she enrolled at ‘Millburn High School’ where she became active in stage productions.
She studied at ‘Vassar College’ in Poughkeepsie, New York, before transferring to New York University's ‘Gallatin School of Individualized Study.’ She also studied at the ‘American Academy of Dramatic Arts,’ and became the first teenager to be admitted into ‘The Barrow Group Theater’ company's acting program. 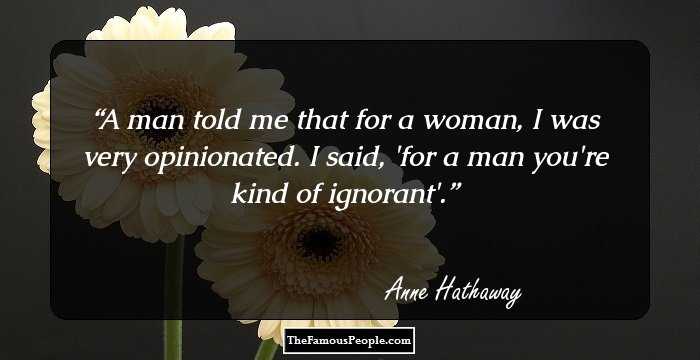 Quotes: Me, Women, I
Continue Reading Below
Career
Anne Hathaway got her first big break when she was cast as Meghan in the television series ‘Get Real’ in 1999. Even though the series lasted only one season, she got noticed for her performance.
In 2001, she was cast in the lead role of Mia Thermopolis in the ‘Disney’ production’s comedy film ‘The Princess Diaries,’ which was based on Meg Cabot's 2000 novel of the same name. The movie became a big hit and peaked at number three at the box office. She went on to appear in the movie’s sequel, ‘The Princess Diaries 2: Royal Engagement,’ in 2004.
During the initial years of her career, she appeared in a number of family-oriented films like ‘Nicholas Nickleby’ (2002) and ‘Ella Enchanted’ (2004) and became known as a children’s role model. However, the talented actress wanted to avoid being typecast and started taking up different kinds of roles.
In 2005, she starred in the romantic drama film ‘Brokeback Mountain’ which deals with the complex emotional and sexual relationship between two men. Anne Hathaway portrayed the role of Lureen, a wife whose husband is in love with a man.
One of her acclaimed roles came in 2007 when she played Jane Austen in the historical biographical film ‘Becoming Jane.’ The movie depicts the complicated love story between Jane and Thomas Langlois Lefroy.
In 2008, she played Kym, a young woman undergoing rehab for drug addiction in the drama film ‘Rachel Getting Married.’ Her role was an emotionally intense one and she was praised for her performance. Her performance also earned her several awards and nominations.
In the next few years, she was seen in many romantic-comedy movies, such as ‘Bride Wars’ (2009), ‘Valentine’s day’ (2010), and ‘Love & Other Drugs’ (2010).
She played a poor factory worker who struggles to raise a child in the period drama film ‘Les Misérables’ in 2012. The film was a critical as well as a commercial success and Hathaway was appreciated for her performance. The same year, she played the role of Selina Kyle in the movie ‘The Dark Knight Rises.’
Some of her other films are ‘Don Jon’ (2013), ‘Song One’ (2014), ‘Rio 2’ (2014) and ‘Interstellar’ (2014).
Continue Reading Below
Her only theatrical release in 2015 was the much acclaimed movie ‘The Intern.’ The film follows the internship of a 70-year-old man at an online fashion website headed by Hathaway’s character Jules Ostin. The following year, she reprised her role as White Queen in the movie ‘Alice Through the Looking Glass.’
After a break of two years, she returned to the big screen with the movie ‘Ocean’s 8,’ a spin off of the ‘Ocean’s Eleven’ franchise. In the movie, she was seen alongside artists like Sandra Bullock, Cate Blanchett, and Rihanna.
The year 2019 saw Anne in movies, such as ‘Serenity’ and ‘The Hustle.’ Both movies received negative reviews, with the latter performing better in terms of box-office collections. In the same year, she was signed to play prominent roles in movies, such as ‘The Last Thing He Wanted,’ ‘The Witches,’ and ‘Sesame Street.’ 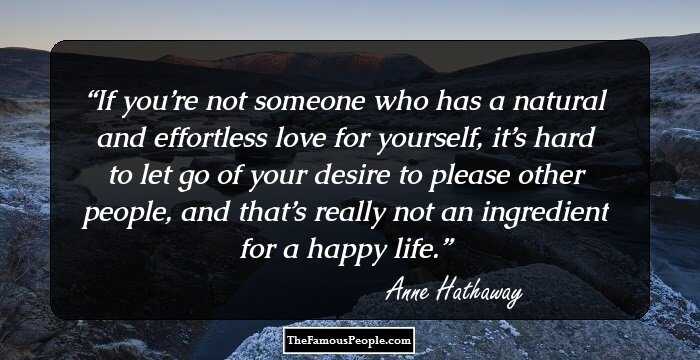 Major Works
She received much acclaim for playing the role of a woman who deals with the guilt of having caused her brother’s death in the drama film ‘Rachel Getting Married’ in 2008. Her poignant performance of a drug addict, whose careless action leads to her brother’s death, earned her several awards.
Her role of Fantine in the 2012 film ‘Les Misérables’ is also undoubtedly one of her best performances. In the film, she portrayed a poor factory worker who struggles to raise her illegitimate child. Even though Anne was initially considered not experienced enough for the role, she silenced her detractors with her impeccable performance.
Her role in the 2014 science-fiction movie ‘Interstellar,’ which was directed by Christopher Nolan, received praises from critics. Her performance as an astronaut earned her a ‘Best Actress’ nomination at the 2015 ‘Saturn Awards.’
Awards & Achievements
Her portrayal of Kym Buchman in ‘Rachel Getting Married’ (2008) won her the ‘Austin Film Critics Association Award’ for ‘Best Actress,’ ‘Chicago Film Critics Association Award’ for ‘Best Actress,’ and a nomination for ‘Academy Award’ for ‘Best Actress.’
She won the ‘Academy Award’ for ‘Best Supporting Actress’ for her role of Fantine in the 2012 movie ‘Les Misérables.’ The same role also won her several other awards, including ‘BAFTA Award’ for ‘Best Actress in a Supporting Role,’ ‘Golden Globe Award’ for ‘Best Supporting Actress – Motion Picture,’ and ‘Screen Actors Guild Award’ for ‘Outstanding Performance by a Female Actor in a Supporting Role.’ 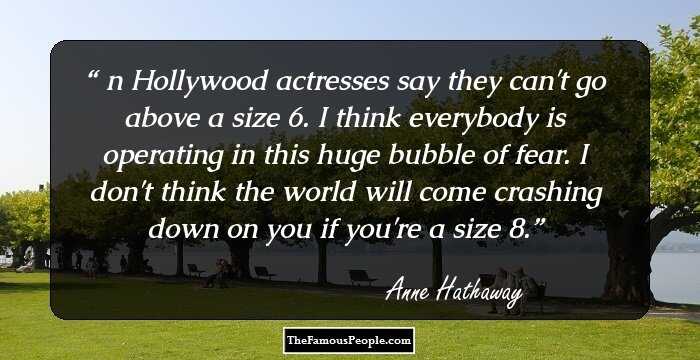 Personal Life & Legacy
Anne Hathaway got engaged to actor Adam Shulman in 2011 and married him in September 2012. They have a son named Jonathan Rosebanks Shulman who was born in 2016. On July 2019, the actress announced through a social media post that she is expecting her second child with Adam Shulman.
Hathaway was appointed as the UN ambassador in 2016 for her advocacy of gender equality
Trivia
She is a LGBT activist and supports same-sex marriages. She is also involved with charities like ‘The Creative Coalition,’ ‘The Step Up Women's Network,’ ‘St. Jude Children's Research Hospital,’ and ‘The Human Rights Campaign.’
This pretty actress battled depression and anxiety in her teenage years and turned to vegetarianism for a few years.

Quotes By Anne Hathaway | Quote Of The Day | Top 100 Quotes

See the events in life of Anne Hathaway in Chronological Order 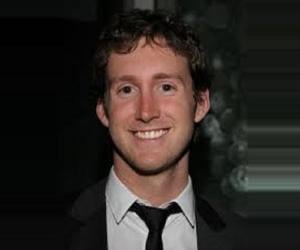