Luke Murray is an American men’s basketball coach. He has worked as a coach for the past eleven seasons at Rhode Island, Xavier, Towson, Arizona and Wagner. Currently, he is in his third season at the University of Louisville. The son of renowned actor/comedian Bill Murray, Luke Murray is one of the most organized and energetic recruiters as believed by many of his colleagues. Whether it is working with perimeter players, recruiting or scouting, he excels in all roles and leaves no stone unturned in performing his tasks. Murray has extensive coaching experience with numerous teams of teenagers, including the New York Gauchos and New England Playaz. A native of Palisades, New York, he attended St. Luke’s High School. He is a 2007 graduate of Fairfield University. A father of one, he currently resides with his family that includes wife Kara and son Luke Jr. Roger Mayweather
Coaches #1275
Sportspersons #32546
Continue Reading Below
DID WE MISS SOMEONE?
CLICK HERE AND TELL US
WE'LL MAKE SURE
THEY'RE HERE A.S.A.P
Quick Facts

American People
American Coaches
Male Sportspersons
American Sportspersons
Career
Luke Murray broke into the collegiate coaching field in 2007 as the director of basketball operations at the Quinnipiac University. While serving there, he was involved in tasks such as on-campus recruiting, film exchange and coordinating team travel. He then spent the 2008-09 season as the assistant coach at the Post University in Waterbury, Connecticut, where his duties included recruiting, scheduling, travel management and practice planning.
In the 2009-10 season, he served as the assistant coach under former Xavier chief coach Sean Miller. Murray then worked as an assistant coach under Hurley at the Wagner College in Staten Island. After this, he spent two seasons as an assistant trainer at Towson. In 2012-13, he helped his team set an NCAA record, rising from a one-win campaign in 2011-12 to a second place finish the following season.
In 2013, Murray joined the Rhode Island staff and enjoyed a successful 2014-15 season there under coach Dan Hurley. He then went on to join the Xavier staff where he played a key role in assembling three nationally-ranked recruiting classes. During Murray’s three seasons at Xavier, the Musketeers managed to advance in the NCAA Tournament every year. Their 2017-18 squad earned their first Big East Conference regular season championship as well as their first ever No. 1 seed in the NCAA Tournament. Currently, Murray is in his 3rd season at the University of Louisville and has been serving under head coach Chris Mack.
You May Like

Famous Beautiful Women With Green Eyes
Continue Reading Below
Family & Personal Life
Luke Murray was born in 1985 in USA to Bill Murray and his first wife Margaret Kelly. He has a biological elder brother named Homer. Following his parent’s divorce, his father married Jennifer Butler and gave him four stepbrothers: Caleb, Jackson, Cooper and Lincoln. In 2008, Butler filed for divorce accusing Bill Murray of infidelity, domestic violence, and addiction to marijuana, alcohol, and sex.
Talking about Luke Murray’s love life, he is married to Kara Cassidy. The couple has a son named Luke Jr., who was born in 2017. 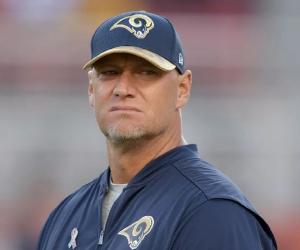 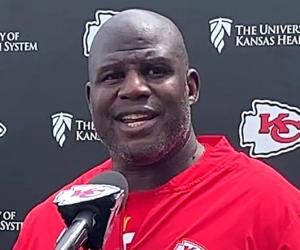