Tony Dungy has a number of firsts to his credit - he is the first African-American head coach to win the Super Bowl, first NFL head coach to defeat all 32 NFL teams, youngest assistant coach in NFL history at the age of 25 and the youngest coordinator at the age of 28. Furthermore, he is the third person in NFL history to win a title as a player and as a head coach. Proficient at the game since young, his playing prowess first came to limelight during his years at the University of Minnesota. Interestingly, despite his outstanding talent and exceptional skills he was not drafted into any of the NFL teams. Eventually, he secured himself a place with the Pittsburgh Steelers, and later with San Francisco 49ers and New York Giants. Post his three seasons as a player, Dungy turned to serve as the assistant coach in his alma mater. His professional coaching experience commenced in 1980 as he was recruited as an assistant coach. He soon made his way to become the head coach in 1996. In 2007 he created history by being the first African-American head coach to win the Super Bowl, when his team Indianapolis Colts outplayed Chicago Bears. Football apart, he is an active philanthropist and an author with numerous bestselling non-fiction books in his kitty. American People
American Football Players
American Men
University Of Minnesota
Tall Celebrities
Childhood & Early Life
Tony Dungy was born on October 6, 1955 as Anthony Kevin Dungy in Jackson, Michigan, to Wilbur and Cleomae. Both his parents were educators by profession - his father was a science professor and his mother a high school teacher.
Raised in an atmosphere of academics, education was considered extremely important and sacred. As such, he and his three siblings paid much emphasis on educating themselves proficiently.
During his school days, he was a stellar student, excelling both in academics and sports. A top grade athlete, he was part of the school’s basketball, football and track team. At the age of 14, he was elected as the student body president of Jackson High School.
In 1973, he enrolled at the University of Minnesota on a full football scholarship. Starting from serving as the team’s quarterback, in his four year career with Gopher he excelled at the game with an impressive career record. 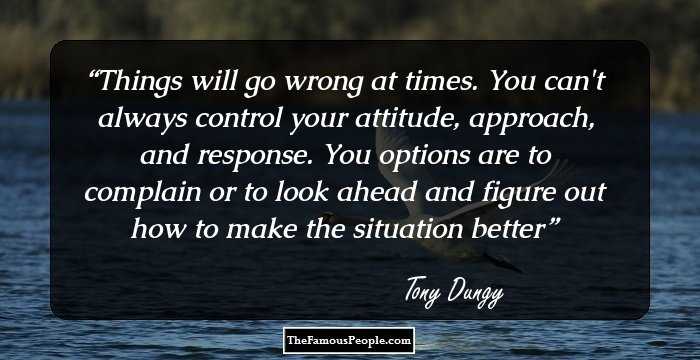 The Sexiest Men Of 2020, Ranked
Career
Surprisingly, despite an outstanding college career, no NFL team signed him for the professional game.
Not making it to the 1977 NFL draft, he was finally signed as a free agent by the Pittsburgh Steelers as a defensive back. He played as a defensive reserve and a special team player all through 1977 and in the 1978 Super Bowl championship. In the latter tournament, he headed the team in interceptions.
In 1979, Steelers traded him off to San Francisco 49ers. His association with the San Francisco 49ers did not last for more than one season after which he was traded once again, to New York Giants in 1980.
For the New York Giants, he made it to the preseason club but was cut short before the actual season commenced. He then announced his retirement from playing football.
Right after his retirement in 1980, his NFL experience gained him the position of an assistant coach at the University of Minnesota. His stint of being a coach at his alma mater gained him a job in the NFL in 1981, as assistant coach for Pittsburgh Steelers. With this, he created history in NFL by being the youngest assistant coach.
In 1982, he turned to become the defensive backfield coach and in two years’ time, was promoted to the rank of defensive coordinator. His last season with the Steelers ended in 1988 after which he was hired by the Kansas City Chiefs as its defensive backs coach.
In 1992, he took over the position of defensive coordinator for Minnesota Vikings. It was during this term that his defense was ranked first in the NFL.
Year 1996 was a breakthrough one in his career as he realized his long-cherished dream of becoming the NFL head coach. His first coaching opportunity was for a low-success rate team Tampa Bay Buccaneers.
Bucaneers was the underdog team in the NFL, lacking respectability and success. However, things changed dramatically as the team steadily moved up the ladder recording victories one after the other.
Continue Reading Below
Though the team performed exceptionally well at the home games, on the west coast they lost all their games despite tremendous efforts. In 1997, the team finished second in the NFC Central Division.
Under his leadership, Bucaneers regularly made it to the playoffs, in 1999, 2000 and 2001. From being an underdog team to a playoff contender, he had gradually led the team to one of the best in the NFL. However, the repeated loss in the playoffs propelled the end of his career with Tampa Bay Bucaneers in 2001.
In 2002, he was employed as the head coach by Indianapolis Colts. Though the team performed extremely well on the offensive side, its defense was poor and not up to the mark.
He soon trained the players with his defensive tactics and strategies but the team struggled all through showing mixed results in the post season. The team lost their post season games both in 2003 and 2004 to New England Patriots. Despite this, he managed to secure a three year contract extension in 2005.
Year 2005 opened strongly for the Colts who won back to back first thirteen games, thus becoming a hot shot NFL contender to finish the series unbeaten. However, they lost all the subsequent games, thus becoming the first team to ever start a season on a 13–0 note and not reach the Super Bowl.
Year 2006 was a year of reprisal for Colts who showed immense improvement in their defense play. They defeated the New England Patriots to become AFC Champions and advanced to Super Bowl XLI. With this, he became the second African-American coach ever to lead his team to Super Bowl.
February 7, 2007 was a historic day in the life of this great coach, as he led his team to a Super Bowl XLI victory with a score of 29-17, defeating Chicago Bears. The year ended on a good note as he surpassed former coach Don Shula’s 71-game victory records, as the head coach to become the franchise’s new coach with most winning records.
The 2008 season was his last season, marking an end to his seven year stint as the head coach of Indianapolis Colts. Following this, he retired from coaching. He was succeeded by Jim Caldwell
Post retirement, he was hired by NBC Sports to work as a studio analyst on the network's weekly Sunday Night Football pregame show, Football Night in America.
Continue Reading Below
Football apart, he enjoys a great literary career as well, with his non-fiction books achieving bestseller positions. His first book ‘Quiet Strength: The Principles, Practices and Priorities of a Winning Life’ reached the No. 1 status in the New York Times Best Seller list.
‘Quiet Strength’ retained its position on the New York Times Best Seller list for a record 32 weeks and sold about 1,000,000 copies in print. Furthermore, it became the first ever NFL-related book to be ranked No. 1.
In 2008, he came up with a 24-page children's picture book called ‘You Can Do It with Little Simon Inspirations’. Much like its predecessor, the book achieved the No 1 status in the New York Times Best Seller list.
In 2009, he came up with ‘Uncommon: Finding Your Path to Significance’. The book provides its readers on what it takes to be a man of significance. It reached No. 2 status in the New York Times Best Seller list and stayed on the top 10 for 9 weeks
His next book ‘The Mentor Leader’ released in 2010. The book debuted at No. 2 position on the New York Times Best Seller list and stayed on the top 10 for 5 weeks.
In 2011, he along withhis wife authored a children's book, ‘You Can Be a Friend’. The book teaches children the importance of being a good friend. 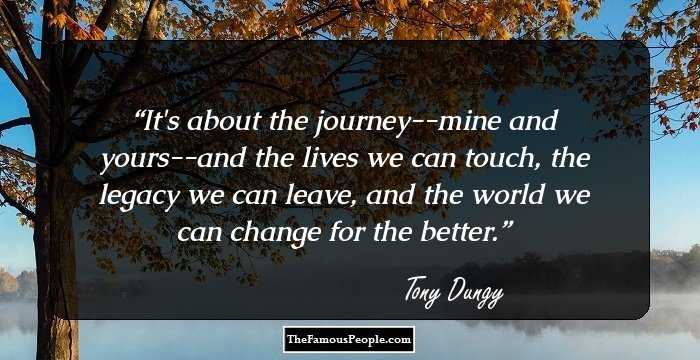 Quotes: Change
Awards & Achievements
In 2007, he was presented with the Amos Alonzo Stagg Coaching Award by the United States Sports Academy.
In 2008, he was inducted in the IWU's Society of World Changers by the Indiana Wesleyan University. Additionally, the university conferred upon him an honorary doctorate of humane letters.
Personal Life & Legacy
He is married to Lauren Harris of Pittsburgh. The couple has seven children, two daughters, Tiara and Jade and five sons, one of whom committed suicide in 2005.
He is a philanthropist and has been actively involved in community service. He served as a public speaker for Fellowship of Christian Athletes and Athletes in Action. Additionally, he has actively supported charitable programs such as Big Brothers/Big Sisters, Boys and Girls Club, the Prison Crusade Ministry, foster parenting organizations, and Family First.
He serves as the national spokesman for the non-profit organization, Basket of Hope, which provides basket full of gender specific toys, games and craft items to children at the Riley Hospital for Children. 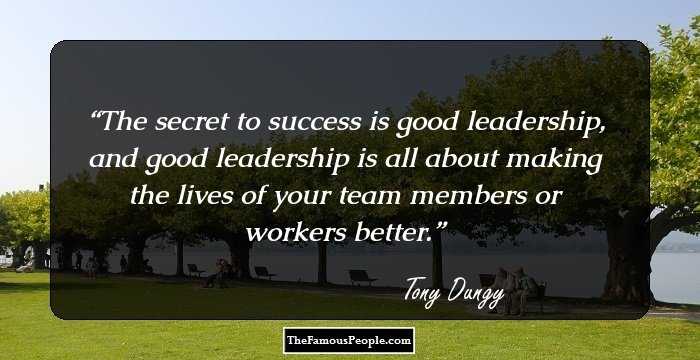 Trivia
In 2007, he became the first African-American head coach to win the Super Bowl when his team ‘the Colts’ defeated the Chicago Bears.
You May Like

See the events in life of Tony Dungy in Chronological Order