Lovemore Madhuku is a Zimbabwean politician and democracy activist who is best known for being one of the founding members of the National Constituent Assembly or NCA, a pro democracy group. An active civil society worker, Madhuku served as NCA’s President from 2001 to 2011. During his tenure as the President, he aimed at bringing forth a new autonomous constitution in Zimbabwe that would get rid of the one-party rule of Robert Mugabe, President of Zimbabwe since 1987. The highlight of his career came when the NCA successfully defeated a constitution introduced by Mugabe in the national referendum in 2000. Ever since, Madhuku has been trying to bring to an end the autocratic rule and establish a democratic constitution in Zimbabwe. He attained his degree in law from the University of Zimbabwe and later did his doctorate degree from the University of Cambridge. He has been appointed as the fulltime professor at the University of Zimbabwe since 2011. Madhuku penned the famous textbook, ‘An Introduction to Zimbabwean Law’ which gives an insight about Zimbabwean legal system. Zimbabwean People
Black Activists
Political Leaders
Black Political Leaders
Intellectuals & Academics
Childhood & Early Life
Lovemore Madhuku was born on July 20, 1966 in Chipinge, Zimbabwe.
After completing his preliminary education from a local school in Chipinge, he enrolled at the University of Zimbabwe to study law. In 1990, he was awarded a first-class Bachelor of Law degree.
His outstanding academic performance earned him a Beit Trust Fellowship to study law at Oxford University in UK. Though he did enrol at the same, after a term, he transferred himself to the University of Cambridge under Cambridge Commonwealth Trust Scholarship.
Continue Reading Below
You May Like

The Sexiest Men Of 2020, Ranked
Career
After completing his post graduate degree in law in 1994, he took an eighteen months break and returned to Zimbabwe where he joined a German NGO, Friedrich-Ebert Stiftung. Therein, he took up the profile of labour law consultant. Meanwhile, he taught at the Law Faculty in the University of Zimbabwe.
It was while he was studying for his doctorate degree that he was awarded a permanent lectureship in the Law Faculty at the University of Zimbabwe which he willingly accepted. Till date, he teaches constitutional law, labour law, jurisprudence, tax law and banking law to students.
In 1997, he became one of the founding members of the National Constitutional Assembly (NCA) whose primary aim has been to lobby for democratic reforms in the country.
Through NCA, Madhuku has openly opposed the one-party rule of Robert Mugabe (current President of Zimbabwe since 1987 and former Prime Minister of the country 1980–1987). His main aim has been to establish a democratic constitution that would put a permanent end to autocratic governance.
Since the establishment of NCA, he has served in important positions in the organization, first as its vice president from 1997 to 2001 and later as its president from 2001 to 2011.
The highpoint in his career came in 2000 when he successfully lobbied against a constitution introduced by Robert Mugabe. The successful ‘vote-no campaign’ ranks as NCA’s top achievement also.
He later opposed a new constitution proposed by the Government of National Unity but failed as the campaign did not get much support. The constitution, on the other hand, gained desired support and was adopted.
During his time as the NCA President, he was detained several times. He was also attacked by the people and members of the opposition a couple of times to the extent of being almost dead but was saved on each occasion.
In 2006, he was re-elected as the President of the NCA, but the appointment brought forth much criticism. It is said that Madhuku, for personal reasons, amended NCA’s constitution to extend his term of office.
In 2011, he was appointed as the full time professor at the University of Zimbabwe.
Post his role as an activist and lobbyist; he formed his own political party, NCA in 2013. The party, as its name suggests, was formed on the same lines as the NGO that he had founded. Though he worked hard and campaigned rigorously to win the support of the people, it was all in vain as he failed to develop relationship with the electorate.
Major Works
During his tenure as the President of NCA, he successfully campaigned against a constitution introduced by Robert Mugabe in the national referendum in 2000.
Awards & Achievements
Madhuku has been bestowed with the prestigious Civil Courage Prize, a human rights award, by Train Foundation, a US based organization, in 2004. He shared the prize with an Iranian activist, Emadeddin Baghi.
Personal Life & Legacy
Madhuku is married to Annamercy and the couple has been blessed with three children: a daughter Tendai and two sons Nyasha and Kuziyakwashe. The marriage is said to have hit the rocks when he allegedly impregnated his sister-in-law.
Trivia
In 2004, Lovemore Madhuku was awarded with the Civil Courage Award which he shared with Iranian activist Emadeddin Baghi. Sadly due to proposed banning of the NCA, he did not personally receive the award
Recommended Lists:
Leaders #10673
You May Like

See the events in life of Lovemore Madhuku in Chronological Order 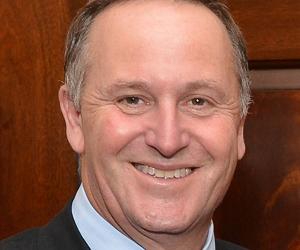