Lapu-Lapu was the chieftain and ruler of Mactan in the Visayas region of the Philippines. He is considered to be the first Filipino hero to have successfully resisted foreign rule. Under his leadership, Mactan warriors defeated the army of the Portuguese voyager Ferdinand Magellan, who was sent on an expedition by the Spanish king. Lapu-Lapu became widely known and revered following the Battle of Mactan, wherein he bravely fought against the voyager and killed him. This triumph postponed the Spanish occupation of the Philippines by nearly 40 years. Lapu-Lapu also rebelled against Rajah Humabon, the king of Cebu, who wanted to welcome foreign rule. Apart from this, very little is known about the Filipino chieftain’s life, and the only documented records were written by Antonio Pigafetta, who was Magellan's diarist. Historian Resil B. Mojares suggests that Lapu-Lapu was never seen by any European who left a historical account. His origin, birth and name are still subjects of debate among scholars and historians. Lapu-Lapu is known by various names like Çilapulapu, Si Lapulapu, Salip Pulaka, Cali Pulaco, and Lapulapu Dimantag since there is no consistent record of his birth. In Antonio Pigafetta's records, he is called Çilapulapu. According to the 'Aginid' chronicles, his name was Lapulapu Dimantag. Several myths and folklore surround Lapu-Lapu's life, including the one suggesting that he never died and was turned into a stone, which is now guarding the Mactan seas. Another urban legend has it that the Lapu-Lapu statue, located at the town plaza, was responsible for the deaths of three mayors. The statue, holding a crossbow, stood opposite to the mayor's office. Since the figure coincidentally aimed at the mayor's office, and three consecutive mayors died of heart attack, the rumour started circulating that Lapu-Lapu was responsible for it. The statue’s crossbow was eventually replaced with a sword. Filipino People
Male Leaders
Filipino Leaders
Childhood & Early Life
Lapu-Lapu was possibly born in 1491 in the Mactan Island (formerly known as Opong), Cebu, in the Philippines. While there is no concrete evidence to verify his origins, people believe that his father was a datu called Mangal, who ruled Mactan, and Lapu-Lapu succeeded him.
According to the legend of 'Aginid' (oral chronicles of Rajah Tupas of Cebu), Lapu-Lapu came from Borneo. He asked the then king, Rajah Humabon of Sugbo or Cebu, for a place to settle. The region of Cebu was already flourishing in that period.
Rajah Humabon gave him the area of Mandawili (modern-day Mandaue) as well as the island of Opong, hoping that Lapu-Lapu would farm in the granted lands and bring economic prosperity to the region.
Lapu-Lapu belonged to the Maginoo class, which was considered a noble community in the pre-colonized Philippine society.
Continue Reading Below
Battle of Mactan
Lapu-Lapu was the chieftain or 'datu' of Mactan. He, along with Zula, another datu, managed the affairs of Mactan.
In 1521, Portuguese voyager Ferdinand Magellan accidentally reached the Homonhon Island (modern-day Samar) while he was on his way to the Spice Islands in Indonesia.
Magellan got acquainted with Rajah Humabon, and this association changed the latter’s life as well as the history of the Philippines. Magellan convinced Humabon to convert to Christianity and also presented him with the 'Santo Nino' that marked the origin of Christianity in the Philippines.
In Mactan, the two chieftains got into a conflict after Zula received Magellan and accepted the Spanish rule, while Lapu-Lapu refused to bend, defying King Humabon's instructions.
On April 27, 1521, Magellan, with Humabon's support, launched an attack on Mactan. He had 60 Spaniards and over 20 warships at his disposal.
According to Italian explorer Antonio Pigafetta, Magellan’s men could not land on Mactan shores because of geographical barriers. They moored away from the coast and faced an army of 1500 soldiers who were equipped with bamboo lances, iron swords and bows.
Magellan offered to withdraw his army if Lapu-Lapu swore his allegiance to Rajah Humabon and submit to the Spanish king, which he vehemently rejected.
When Magellan charged forward, many men from his crew were killed instantly. He was injured after being shot on his leg with an arrow laced with poison. His side retreated immediately as Lapu-Lapu's men had outnumbered them.
The natives of Mactan saw Magellan as the enemy leader, thus concentrating their assault on him. He, along with many of his men, was killed in the battle, and only a few Spaniards could escape.
Continue Reading Below
Historian William Henry Scott points out that Magellan misunderstood the societal structure of the Philippine. He thought that it was similar to Europe’s, with a king and his kingdom.
Unfortunately for Magellan, the Philippines society then was a chiefdom where the datus managed the regional affairs but did not control the lands or its subjects.
Magellan believed that Rajah Humabon was the ruler of Mactan because he was the king of Cebu. But Lapu-Lapu held power in Mactan, and the natives were more devoted to him than any other king.
The 'Aginid' mentions that Humabon had intentionally pitted the Spaniard against Lapu-Lapu as he considered the chieftain his enemy. However, Humabon's men did not directly participate in the battle and focussed on helping the injured Spaniards instead.
According to 'Aginid', Humabon poisoned 27 Spanish sailors because they were raping the local women.
Family & Personal Life
It is said that Lapu-Lapu and Humabon improved their relations after the battle, and the chieftain moved back to live in Borneo with his wives and children.
In 1542, one his slaves stabbed him to death while one of his wives was giving birth. He was almost 51 years old at the time of his death. The Lapu-Lapu Shrine was constructed on his burial ground in Mactan.
According to folklore, Lapu-Lapu never died and was turned into stone and has since then been guarding the seas of Mactan.
Legacy
The government of the Philippines built a statue of Lapu-Lapu in Rizal Park in Manila, which was later moved to Punta Engaño in Lapu-Lapu city. They renamed Opong to the City of Lapu-Lapu in his honor.
He has been honored by the Philippine National Police, as he is part of the official symbol of the department.
April 27 has been declared as 'Lapu-Lapu Day' in the Philippines to celebrate the legend's victory in the battle of Mactan.
In the United States, the San Francisco Board of Supervisors renamed a street in the South of Market neighborhood after Lapu-Lapu. On August 31, 1979, several other roads in that area were renamed after renowned Filipinos.

See the events in life of Lapu-Lapu in Chronological Order 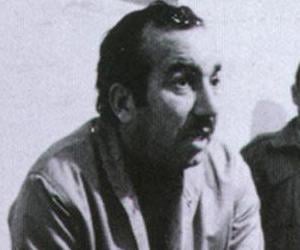 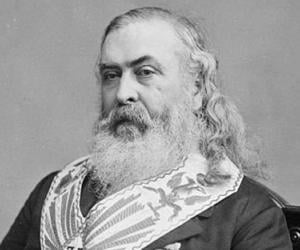 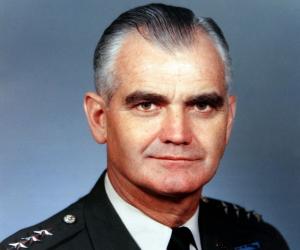