Ky Baldwin is an Australian singer-songwriter, actor, and dancer. He is known for releasing the popular EPs ‘The Beginning’ and ‘Dare to Believe’. He also uploads his music videos on his self-titled channel on YouTube. Baldwin is a multi-talented youngster who can play the drums, piano, and guitar. He has made appearances on many popular reality competition shows including ‘Australia's Got Talent’ and ‘The Voice Kids’. Also an aspiring actor, Baldwin acted in the flick ‘Peter Allen: Not The Boy Next Door’ for which he received an award. In June 2016, he moved with his family from Australia to Los Angeles. Since then, he has been working with DreamWorks for the "Songs That Stick" Series. On a personal note, the Australian singer is a very dedicated guy who is passionate about his career. He loves performing in front of people. Baldwin enjoys playing sports in his leisure time. He likes to read interesting books whenever he has some time to spare. Toni Watson
Pop Singers #1690
Singers #7434
10th April In History
DID WE MISS SOMEONE?
CLICK HERE AND TELL US
WE'LL MAKE SURE
THEY'RE HERE A.S.A.P
Quick Facts

Australian People
Aries Singers
Male Singers
Aries Pop Singers
Male Pop Singers
Career
Ky Baldwin started tap dancing at the age of six, performing with Dein Perry's "Tap Pups". At seven, he was selected to perform in ‘Madame Butterfly’ at the Sydney Opera House. Soon after this, he participated in ‘Australia's Got Talent’ and went on to become the season’s youngest semi-finalist. In the year 2012, Baldwin played Gustave in the play ‘Love Never Dies’ at the Sydney Theatre Company. He next went on to act in the theatre’s adaptation of Dylan Thomas' ‘Under Milk Wood.’ Later that year, the Australian artiste went to Auckland to play Michael Banks in the play ‘Mary Poppins.’
In 2014, Baldwin emerged a semi-finalist in the reality singing competition show ‘The Voice Kids’. That year, he released his first EP titled ‘The Beginning’ that included five songs, namely "Do You Remember", “You Make Me Wanna Dance", "Lara", "We're Young" and "It's Time". The following year, the singer cum actor was approached to play young Peter Allen in a TV biopic titled ‘Peter Allen: Not the Boy Next Door’. In May 2017, he released the song “Just Dance” from his second Extended Play ‘Dare to Believe.’
Baldwin has been featured in many Australian series such as ‘Spirited,’ ‘Underbelly: Razor’ and ‘East West 101.’ He also lent his voice to the character of Little Nutbrown Hare in the series ‘Guess How Much I Love You’.
Taking about Baldwin’s YouTube career, he has been doing great on the social platform. As of now, his channel has over 100 videos and more than 342k subscribers.
You May Like

Australian Singers
Australian Pop Singers
Aries Men
Continue Reading Below
Personal Life
Ky Baldwin was born on 10 April 2001 in Sydney, New South Wales, Australia. He has a sister named Amy who has performed with him in many of his YouTube videos. Information regarding Baldwin’s parents, family background, and education is not available. 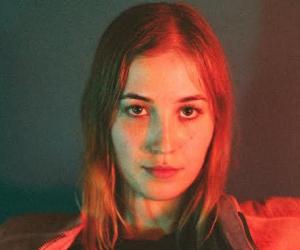