Ruel van Dijk, better known by stage name Ruel, is a UK born Australian singer-songwriter best recognised for his singles ‘Don't Tell Me’ and ‘Younger’. He wrote his first song at just 12 years of age. The child protégé found a godfather in Grammy Award winning producer M-Phazes after a demo of him singing the famous James Bay song ‘Let It Go’ floored M-Phazes. This led to the beginning of a thriving collaboration between the two starting with the critically acclaimed single ‘Golden Years’ that rose Ruel to fame. Moving on the two came up with yet another hit single ‘Don’t Tell Me’ that was not only highly praised by famous English singer, pianist, and composer Elton John but was also played by the latter on BBC Radio 1. Ruel furthered his fame with the song ‘Younger’ also produced by M-Phazes. It became part of his debut extended play ‘Ready’. Ruel also achieved the feat of becoming the youngest-ever featured performer on triple J's ‘Like a Version’ when he performed Jack Garratt's ‘Weathered’ on the segment marking his live radio debut. Indiana Evans
DID WE MISS SOMEONE?
CLICK HERE AND TELL US
WE'LL MAKE SURE
THEY'RE HERE A.S.A.P
Quick Facts

Australian People
Lyricists & Songwriters
Rhythm & Blues Singers
Australian Men
Male Singers
Childhood & Early Life
Ruel was born on October 29, 2002 in the town of Isleworth in the United Kingdom to a Dutch-born, New Zealand-raised father and a British mother. He spent his early childhood in Isleworth before relocating with his family to Sydney, Australia. He has two sisters one of whose name is Coco.
He became passionate about music at an early age and started playing the guitar when he was eight years old.
Continue Reading Below
Career
When Ruel was twelve he penned down his first song. During that time his father Ralph who operates a Sydney based ad agency was working with Melbourne DJ and artist-manager Nate Flagrant on a campaign. Ralph played a demo of Ruel performing on the song ‘Let It Go’ by James Bay to Flagrant.
Fascinated by performance of the 12 year old boy, Flagrant sent the demo to producer and artist Mark Landon who is more famous by his stage name M-Phazes.
After hearing the demo recording, the formerly Melbourne and presently Los Angeles, California, based producer was highly impressed by this unknown kid including his tonal quality and singing style. M-Phazes mentioned that he lost his mind hearing the voice of Ruel. From that time onwards M-Phazes and Flagrant has gradually trained the budding talent including in vocals, recording and song writing.
Ruel came up with his first single ‘Golden Years’ in collaboration with M-Phazes in April 2017. M-Phazes contributed as artist, writer and producer of the single that released through M-Phazes Productions Pty. Ltd. and garnered Ruel initial recognition.
His live radio debut performance happened in June 2017 when he performed on the single ‘Weathered’ by British singer and songwriter Jack Garratt on a weekly segment of the Australian radio station Triple J called ‘Like a Version’. With this he became the youngest performer ever to feature on the segment. Within 48 hours the video amassed around half a million video views gaining Ruel decent attention.
The alt-soul singer then forged ahead with the song ‘Don't Tell Me’ that released in July 2017 and reached #86 on the ARIA Chart in August that year. A childhood incident where he talked to his parents and siblings about his crush for a girl motivated Ruel to write the song at just 12 years of age. Ruel’s song writing maturity added with his remarkable voice at such tender age was highly praised by many. Elton John who was also all praise for the budding talent even played the song on BBC Radio 1 in September 2017.
In September 2017, Ruel completed a tour covering New Zealand and Australia along with Australian folk-blues singer and songwriter Angus Stone and his sister Julia, also a folk singer. He also remained a guest star of the American Teen Tour (2017–2018) of American singer and songwriter Khalid.
He went on to sign with RCA Records Internationally in November 2017. The rising star who once gave an unsuccessful audition for ‘The Voice Kids’ landed up with a record deal with the American record label owned by Sony Music. The following month he featured on vocals of a cover of Rag'n'Bone Man's song ‘Human’ released by Tom Thum.
He played at the pop music festival called ‘POPSPRING’ on March 24, 2018 held in Japan. The event also marked his first meet and greet. The 2018 Commonwealth Games held on the Gold Coast, Queensland, Australia saw him performing ‘Golden Years’ live at the opening ceremony of the event held on April 4, 2018 in the Carrara Stadium, Gold Coast.
The song ‘Dazed & Confused’ produced by M-Phazes was released by Ruel as second single of his debut extended play, ‘Ready’ on April 27, 2018. The music video of the song that was directed by Grey Ghost was released on May 30, 2018.
On June 8, 2018 he released the song ‘Younger’ as the third single of ‘Ready’. The song again produced by M-Phazes peaked at #9 on the Australian Artists (ARIA) chart and received gold certification in Australia in October 2018 marking the first such certification garnered by Ruel. Meanwhile on August 2, 2018, the music video for ‘Younger’ was released.
The EP Ready was released on June 15, 2018. It has a total of six tracks including the popular song ‘Don't Tell Me’.
Ruel has also displayed his maturity accepting invitations and performing private showcases across the globe for industry heavyweights such as the likes of the award winning British musician, DJ, singer, songwriter, and record producer Mark Ronson.
The feats that this young talent has achieved at such a tender age and the way he is spearheading in the world of music in an inspiration in itself for young and up-coming talents. His rising popularity has also reflected through his social media accounts where he has emerged as some sort of a sensation. His YouTube account that he created on January 26, 2016 has already amassed a whopping count of over 14 million views and more than 166 K subscribers. He has gained over 20 K followers in his Twitter account ‘oneruel’ that he joined in January 2016 and more than 190 K followers in his Instagram account ‘oneruel’.
Personal Life & Legacy
Ruel has received support from his family in pursuing his music career. He likes to have simple hair-cuts and prefers sporty and military style of clothes. He loves to play the guitar. This handsome young singer-songwriter has however not revealed anything about his romantic association and dating status.

See the events in life of Ruel in Chronological Order 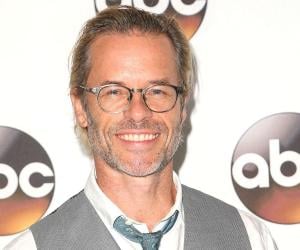