One of the few people in Hollywood who have successfully leaped from being a child actor to an acclaimed ‘A’ list movie star, Kurt Russell is perhaps the most engaging actor in the entertainment industry today. He made his first major appearance in the made-for-television biographical movie ‘Elvis’, which is considered one the finest performances of his career. After he partnered with director John Carpenter, he played some of the most memorable characters in his films, the most popular of them being ‘Snake Plissken’, the villain in Carpenter’s cult classic ‘Escape from New York’. Some of his other powerful performances were in movies like, ‘Silkwood’, ‘Backdraft’, ‘Big Trouble In Little China’, ‘Stargate’, ‘Grindhouse’ and his most outstanding role as ‘R.J. MacReady’ in Carpenter's gory cult movie, ‘The Thing’. As the son of actor Neil Oliver ‘Bing’ Russell, Kurt grew up in and around the entertainment industry that gave him many opportunities to pursue a career in the field. He was an avid and passionate baseball player but unfortunately retired form the game due to shoulder injuries. Evan Peters
17th March In History
DID WE MISS SOMEONE?
CLICK HERE AND TELL US
WE'LL MAKE SURE
THEY'RE HERE A.S.A.P
Quick Facts

American People
American Men
Massachusetts Actors
Pisces Actors
American Actors
Childhood & Early Life
Kurt Russell was born in Springfield, Massachusetts, USA to actor and baseball club owner Neil Oliver ‘Bing’ Russell and Louise Julia, a dancer.
As a child, he lived a vibrant life and gained exposure to the world of films as a result of his father’s career. He appeared as a child artiste in the ABC television series ‘Sugarfoot’.
By the time he was twelve years old, he starred in the television series called ‘The Travels of Jamie McPheeters’.
In 1964, he appeared on an episode of the TV series ‘The Fugitive’, that year he was also seen in the TV series ‘The Virginian’ and ‘Gunsmoke’.
In 1965, at the age of fourteen he played the role of ‘jungle boy’ on ‘Gilligan’s Island’ which was broadcast on the CBS network.
In 1969, he graduated from the Thousand Oaks High School and soon after signed a ten year contract with Walt Disney. 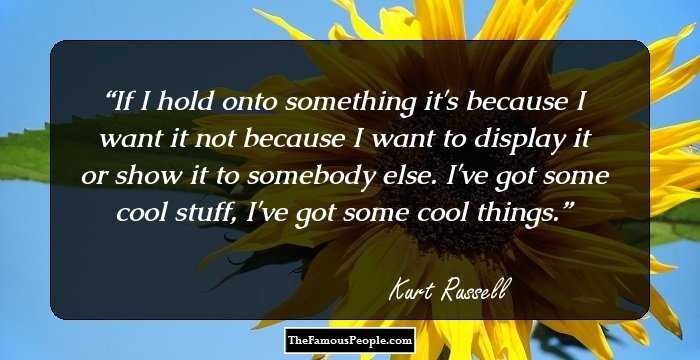 Continue Reading Below
Career
In 1971, he played the role of a young robber in ‘Fools Parade’, a drama film directed by Andrew McLagen based on the novel of the same title written by Davis Grubb.
In 1976, he appeared on the NBC series ‘The Quest’ along with Tim Matheson.
In 1979, he earned an Emmy Award nomination for the television film ‘Elvis’ based on the real life of Elvis Presley, in which he played the title role.
In 1981, he starred in the American sci-fi action film ‘Escape from New York’, directed by John Carpenter, the film was a major success at the box office.
In 1982, he played the role of ‘MacReady’ in the ‘The Thing’, a sci-fi horror film which was a remake of the 1951 film ‘The Thing from Another World’. The film was a financial failure but gained a cult status.
In 1984, he received a Golden Globe nomination for his role as ‘Drew Stephens’ alongside Meryl Streep in the film ‘Silkwood’. The film was inspired by the life of Karen Silkwood, a labour union activist who died mysteriously.
In 1986, he played the part of a truck driver caught in an ancient Chinese war in ‘Big Trouble In Little China’, a martial arts inspired comedy film which received mixed reviews from critics.
In 1991, he played the role of ‘Capt. Dennis McCaffery’ in the action thriller ‘Backdraft’, directed by Ron Howard. The film received three Academy Award nominations and was a huge commercial success.
In 1994, he played the role of ‘’Colonel Jack O'Neil’ in ‘Stargate’, a film directed by Roland Emmerich. It received a mixed reception but gained a cult following worldwide.
Continue Reading Below
In 1996, he acted in the action thriller ‘Executive Decision’, a film directed by Stuart Baird. The film received positive reviews though it was not a commercial success.
In 2001, he starred in ‘3000 Miles to Graceland’, a film that revolved around a plot to rob a Casino. He played the role of ‘Michael Zane’, an Elvis Presley impersonator in the film.
In 2004, he starred in the critically acclaimed biographical film ‘Miracle’, in which he played the powerful role of ‘Herb Brooks’, a U.S. hockey coach who leads his team to win an Olympic Gold medal.
In 2007, he played the role of a villainous stuntman ‘Mike’ in Quentin Tarantino's second feature length segment ‘Death Proof’ from the film ‘Grindhouse’. That year he was also seen in the film ‘Cutlass’.
In 2012, he starred in the film ‘Touchback’ along with Brain Presley. The film was directed and written by Don Handfield.
He is currently filming for the upcoming comedy film titled ‘The Art of the Steel’, written and directed by Jonathan Sobol. The release date for the film is yet to be announced. 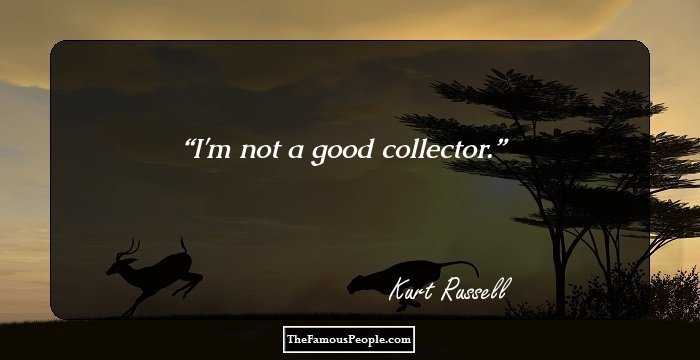 Major Works
He appeared in the Academy Award nominated 1991 film ‘Backdraft’ which earned a whopping $152.368 million at the box office, which made it the highest grossing film ever made on fire-fighters.
Awards & Achievements
In 1997, he won the Blockbuster Entertainment Award in the category, ‘Favourite Actor - Adventure/Drama in ‘Executive Decision’.
Continue Reading Below
In 2003, he was the recipient of the Life Career Award from the Academy of Science Fiction, Fantasy & Horror Films, USA. 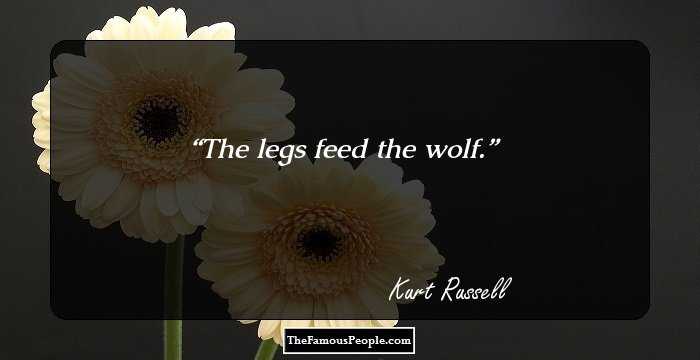 Personal Life & Legacy
He was a baseball player all through his high school and college days and in early 1970, he played for the California Angels minor league, the Bend Rainbows, Walla Walla Islanders, Portland Mavericks and El Paso Sun Kings.
He suffered shoulder injuries after a baseball match, following which he retired from baseball.
In 1979, he married actress Season Hubley and they had a son together. The couple got divorced in 1983.
He is in a relationship with actress Goldie Hawn and the couple have a son together.
Trivia
This Golden Globe nominated American actor, has a private pilot license to operate single/multi-engines.
He is an Honorary Board Member of ‘Wings of Hope’, one of the largest charitable bodies in the world.

Quotes By Kurt Russell | Quote Of The Day | Top 100 Quotes

See the events in life of Kurt Russell in Chronological Order 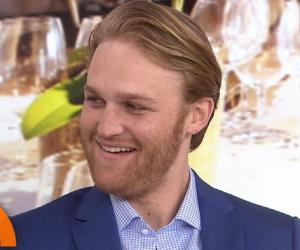