The very mention of Boston Russell reminds us of his rich lineage. He was born as a star kid in the family of veteran Hollywood star, Kurt Russel, and his first wife, Season Hubley, also an actress and singer. Not only his parents, but his paternal grandfather, Bing Russell, was also a well-known actor of the yesteryear while his paternal grandmother, Louise Julia Crone Russell, made a name for herself as a dancer. Being associated with the film and entertainment industry since childhood probably made Boston accustomed with the high profile star-studded atmosphere and the glitz and glamour of the film and entertainment world. He maintains good rapport with his father and the extended family including his father's partner, actress Goldie Hawn, and her children. Although he has a rich history of actors and actresses in his family associated with the American film industry as also many of his extended family members who are in the entertainment industry, Boston is not an actor in particular. However, he has remained involved with the industry working behind the scene in projects like the big-screen flick ‘Executive Decision’ and appeared in TV program ‘60 Minutes’. 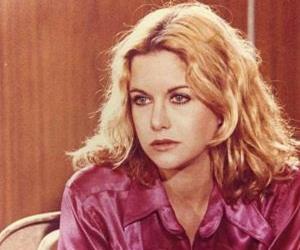 Wyatt Russell
Continue Reading Below
DID WE MISS SOMEONE?
CLICK HERE AND TELL US
WE'LL MAKE SURE
THEY'RE HERE A.S.A.P
Quick Facts

American People
Aquarius Men
The Rise To Fame
He caught attention of the media as also the world at large since the time he was born as Boston Oliver Grant Russell on February 16, 1980 in Los Angeles, California as the first biological child of famous American actor, Kurt Russel, and his wife actress and singer, Season Hubley.
The couple met for the first time at the sets of the 1979 American made-for-television biopic ‘Elvis’ based on the life of legendary American singer-songwriter and actor Elvis Presley. Kurt played the title character in the film while Hubley and Bing Russell played the reel-life wife and father of Elvis respectively. The American dystopian science-fiction action flick ‘'Escape from New York’ (1981) saw Kurt in the starring role of Snake Plissken while Season played The Girl in the Chock Full o' Nuts. The couple remained married from 1979 to 1983 following which Kurt became romantically involved with ‘Academy Awards’ and ‘Golden Globe Awards’ winning actress Goldie Hawn.
Boston has three step siblings - Wyatt Russell, biological son of Kurt and Goldie, and Kate and Oliver Hudson from Goldie’s first marriage with American actor and musician, Bill Hudson. Boston shares a cordial relation with his father, Goldie Hawn and step siblings and participates in the occasions and events of his extended family. Both Kate and Oliver are accomplished actors in Hollywood and call Kurt as their father, which of course was censured by their biological father in the media. Wyatt, a former hockey player, has also established himself as a Hollywood actor. Boston’s mother married David Hayball in 1992 but the marriage culminated into divorce in 1994. He is the only child of his mother who commenced a Hollywood career in 1972 and retired in 1998.
Although many of his family members including his half siblings are established actors in Hollywood, Boston, who probably acted in a few projects initially, works behind the scene in the industry and is not an actor in particular.
His notable works include serving as production assistant in Kurt Russell starrer American thriller action flick ‘Executive Decision’ (1996). He also appeared in the American newsmagazine television program ‘60 Minutes’ in 2005 in the segment titled ‘Goldie’ featuring as himself that is step son of Goldie Hawn.
You May Like

Who Is The Most Popular BTS Member?
Continue Reading Below
Behind The Curtains
Boston seems to be a very private person and although associated with the famous Russell family, he prefers to keep a low profile like his mother. So far this strikingly handsome man who is in his late-30s has remained silent on his romantic association, dating status or marriage while, on the other hand, all his step siblings are married and have kids. He also interact less on social media.
You May Like